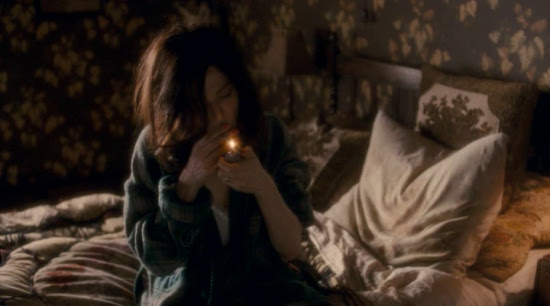 I'll warn you now, it's important to have a great deal of alcohol or some other form of sedative if you plan on watching 2011's The Deep Blue Sea. It's only this way that you can appreciate the beautiful imagery and the terrific performances by the two leads in spite of the fact that it's a story about two annoying, insubstantial characters who have no chemistry.

When I saw Roger Ebert's review for the movie yesterday, I got excited because the movie stars Tom Hiddleston, an actor who's just coming into prominence and one I'd been wanting to see in a lead role, preferably, after seeing him in War Horse, in a movie set in England before 1960. The Deep Blue Sea is set in London, as a title tells us early on, "Around 1950", cuing us immediately into the fact that this will be more a stylistic exercise than a hardcore period film, which is fine with me. 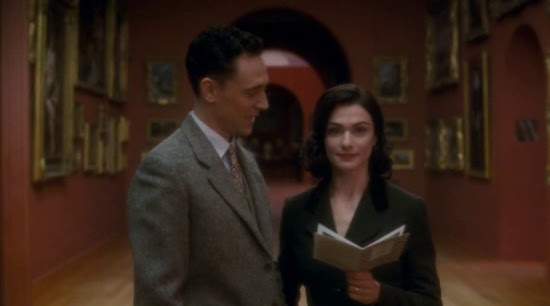 Rachel Weisz stars opposite Hiddleston, and the story follows her POV. She leaves her wealthy, well connected husband for the younger, more passionate and exciting RAF pilot played by Hiddleston. The very first scene in the movie is her trying to kill herself because Hiddleston forgot her birthday. She turns on the gas and the soundtrack just goes and blasts violins and one either has to exert a massive effort of will to take the movie seriously or have entered the theatre having just been dumped by a boyfriend or girlfriend. Even in the latter case I'm pretty sure the person would probably pause and ask, "Because . . . he forgot her birthday?"

Now, one would be inclined to assume that there are broader issues at work, that this was only the straw that broke the camel's back. Unfortunately, by starting with the crescendo, I felt pretty disengaged and the movie that followed didn't help humanise any character, including Hiddleston, who just comes off as a petulant jerk when he leaves Weisz after her suicide attempt. 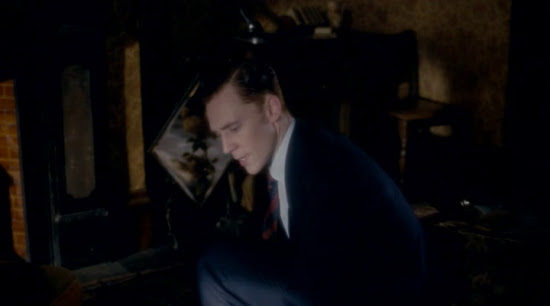 We never really get a sense of what drove Weisz to go with Hiddleston or what drove him to go with her. Except maybe lust, as several characters remark. In which case, it might have been better if the movie had been sexier. No-one even really gets naked in it. It needed something to show us that fucking each other was the greatest thing in the world for these two people, overriding all other things. Instead we get a movie of people mostly standing around uncomfortably or yelling at each other. 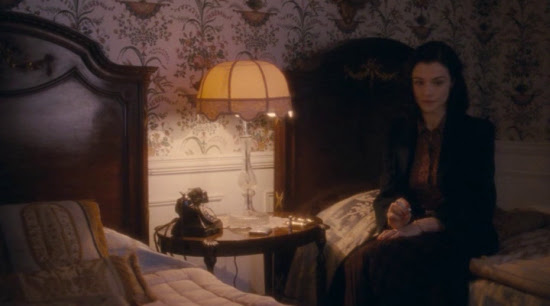 Weisz talks about being addicted to passion, which is certainly a familiar sort of personality, but despite a decent performance by Weisz, she never quite seems to connect with this sort of character. Maybe if the movie had starred Bjork it would've worked.