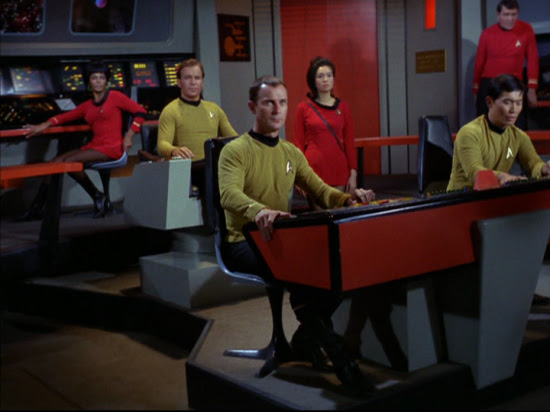 I'm glad Star Trek, and most dramatic TV shows, eventually outgrew the series comprised of stand-alone episodes format. I finished the first season of Star Trek a few days ago--I watched the season in production order rather than broadcast order, hoping for more of a sense of continuity but aside from apparent permanent changes in the composition of the Enterprise crew, there's little to show in each episode that the previous episode occurred. "Space Seed", the episode that introduced Khan Noonien Singh, was largely exciting just for the sense of it relating to a later story.

Of the last three episodes of the season, "City on the Edge of Forever" is easily the best, but I can see at least one of the reasons why Harlan Ellison was upset about the changes made to his original script (well, I strongly agree with him on two points, but I'll get to the second later). The staff writers at Star Trek found the script too long for an hour long episode, which, of course, is true. You need to more than an hour to establish two people meeting and falling in love if you want to bring the viewer into that. The concept is present in the episode and is interesting, but at an almost purely intellectual level. Edith Keeler comes across a bit too two dimensional, and the dialogue between Kirk and Spock about her is damaged by the inclusion of stingers for the commercial break, causing them to say absurdly broad things, like Spock saying, "Edith Keeler must die!" 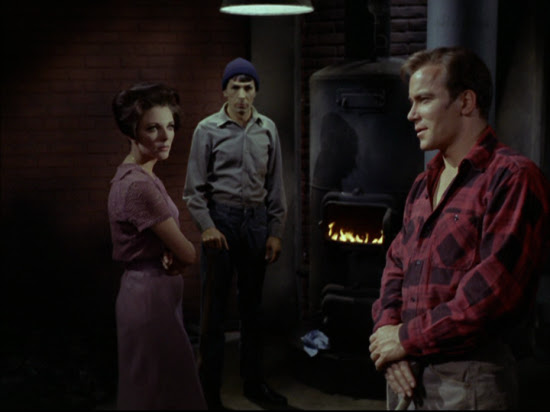 A second point on which I agree with Ellison regards this issue, quoting from Wikipedia;

. . . several plot elements—such as a member of the crew dealing drugs and Kirk preparing to sacrifice his crew to be with Edith—led the producers to decide that Ellison's teleplay was simply "not Star Trek."

To me, this sounds like the producers just being too possessive. Kirk had acted like a deranged killer in just the previous episode, "Errand of Mercy", where he was prepared to go to war with the Klingon Empire apparently just to prove that war is a valid means of solving problems. That episode was written by Gene L. Coon, who for some reason tended to get carte blanche at the show, even though he was responsible for some of the worst episodes.

Even in the form that aired, one of the best things about "The City on the Edge of Forever" in contrast to other episodes was its sense of complexity, the sense that the crew wasn't confronting just one issue. We never find out what the Guardian of Forever is, how it came into being, what the motives were in making it. And the stuff with McCoy I actually found to be my favourite part of the episode. DeForest Kelley has the most interesting stuff to work with here; instead of broad romance, he gets disorientation and bewilderment. It's very easy to get a handle on McCoy's perspective--coming out of a drugged haze unexpectedly in 1930, the outrage at being stopped from saving the life of a kind woman. So often, but here especially, McCoy is the most grounded character and Kelley's naturalistic performance is a huge part of that.

Generally speaking, the strongest single quality of the series so far has been performances. Even Shatner's. And one can see how the supporting cast earned their positions--it's Kelley's performance that eventually made him the third billed--the original opening credits had only Shatner and Nimoy. The rest of the crew, too--there were other helmsmen and engineers cycled through before the show settled with the superior performances of George Takei and James Doohan. And there's a subtle moment in the season finale where Uhura has to tell an angry and impatient Kirk that she still can't get through to his brother on a colony in crisis. All she says is something like, "I still can't get through, Captain." but it has just the right level of her own anger provoked by him suppressed by her cognisance of and sympathy for his anxiety. 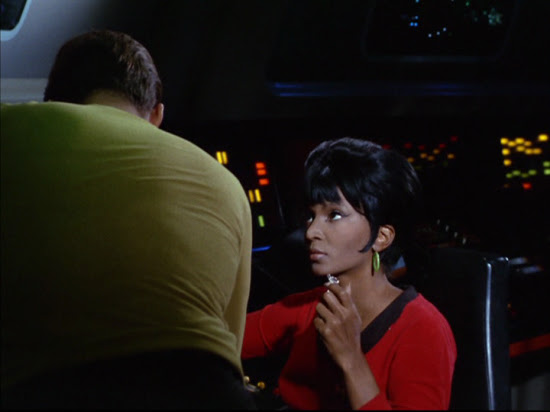