Pretty Okay in Some Ways 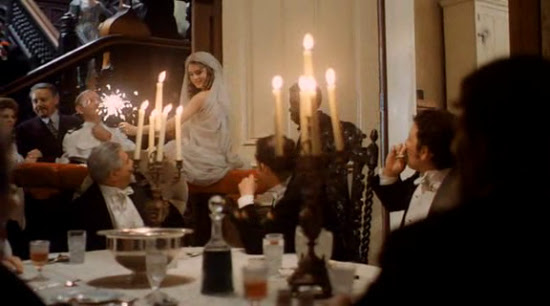 Well, looks like I'm definitely not a paedophile. This has been reaffirmed for me after viewing 1978's Pretty Baby, the infamous debut film of twelve year old Brooke Shields. She's naked a lot in the movie, and in decidedly sexual situations, but the best part of the movie was that it ably showed exactly why I find paedophilia so baffling; kids are really fucking annoying. It's hard for me to imagine wanting to spend twenty minutes with one, let alone wanting to have sex with one. Susan Sarandon and Brooke Shields give the only good performances in the film (and Barbara Steele, too, in a tiny role), which is otherwise kind of a slog through dated sentiment.

I kind of appreciated it, though. Maybe I would have appreciated it more if I was drinking. The movie takes place in early 20th century Storyville, in a brothel, and it never feels like an accurate depiction of the period. It does feel like the distinct 1970s/early 80s perspective on the first sixty years of the 20th century. That version of history where everything was peach and brown and most of the women wore poppy coloured lipstick. You see it in Chinatown, Pennies from Heaven, or Somewhere in Time. It made me kind of nostalgic not for the time it was depicting, but the version of that time that existed in the 1970s and 80s, and when moviegoers bought that the old days looked like that. But Pretty Baby involves a lot of sitting around, too, while the movie tries to make up its mind what to do next. The movie's mainly told from the POV of Shields' character, Violet, and as such a remarkably well rendered child, she brings some credibility to the environment though, again, not as an accurate depiction of the time. 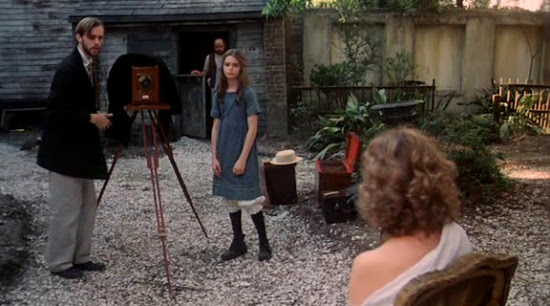 The movie is partly inspired by the photographer E.J. Bellocq, who took many fascinating photographs in Storyville. A comparison between those actual photographs and the ones he's seen taking in the film illustrate the dated, stylistic mannerisms of the film that create a gulf between it and the spirit of the actual Storyville. 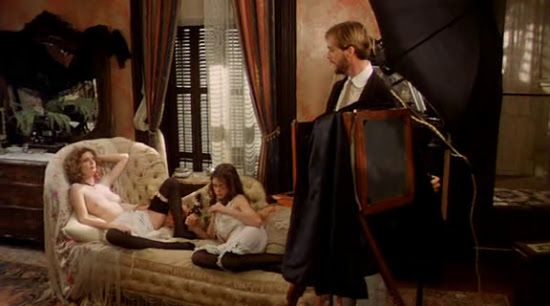 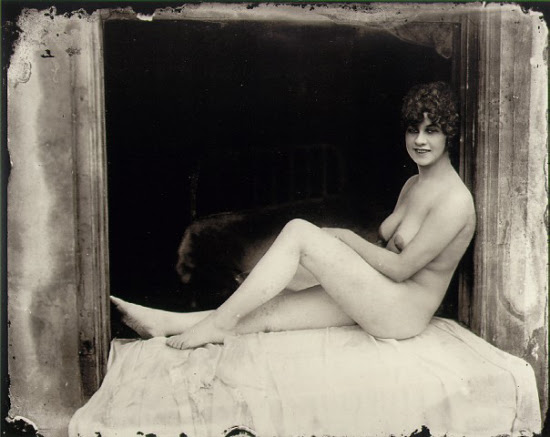 Bellocq himself is portrayed rather weakly by actor Keith Carradine, who falls for Violet rather unconvincingly. At times he seems like a man concerned for a child living in horrible conditions, at other times he leers ambiguously with presumably paedophiliac impulses. When he proposes marriage to her, it's exceedingly strange and a move rather unsupported by earlier events in the film when he mostly seemed pissed off at her for getting in the way of photographs or damaging negatives. 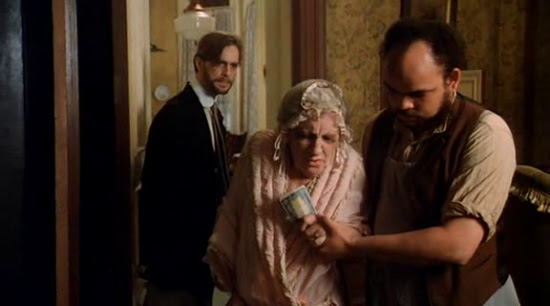 Carradine's bad performance stands beside a range of other flat and otherwise incompetent portrayals by actors. The brothel's madam, Nell, was played by an older woman with a specific kind of toneless, workhorse delivery that I figured she must have been someone whom the filmmakers considered it an honour to work with, someone who had some kind of distinguished, somewhat provocative career in her youth. I was right--turns out she was Frances Faye, a barely closeted lesbian singer and songwriter. Here she is when she was still energetic, with Bing Crosby and Martha Raye;