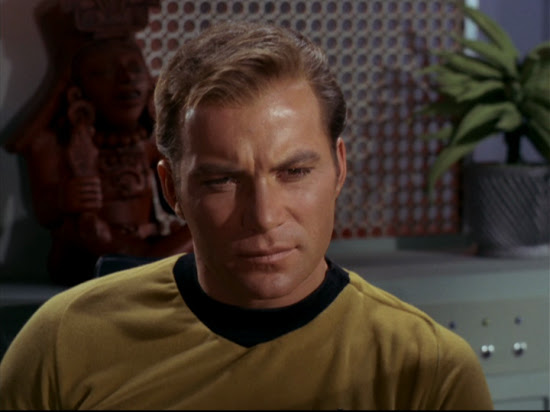 I keep getting distracted by Shatner's toupee when I watch Star Trek lately. It's kind of a way for me to gauge how good an episode is--if the story pulls me out of toupee contemplation, it must be good. "The Alternative Factor", which I watched last night, didn't quite succeed at this.

It's the first Star Trek story to feature a parallel universe, in this case an actual anti-matter universe, one where someone from that universe coming into direct physical contact with someone in this universe would lead to this universe being destroyed. It's left unexplained how Kirk can at all travel there safely, but hey, it doesn't bother me that Alice doesn't explode when she goes through the looking glass, though, as is pointed out in the excellent Annotated Alice, she ought to. It's the general laziness of the writing the brings the episode to sub toupee levels, as much of the plot hinges on Kirk and his crew leaving a dangerous man unguarded on the Enterprise, not following up on or communicating to each other obvious important data, and Spock's logic being significantly faulty when he accuses a man of being a liar when he can't immediately find evidence of his claims.

I still haven't gotten to the Creationist museum, but I have been going back to K39 Taco Shop and I was very surprised to see that instead of sports on their wall mounted television they had the Science Channel on, and I was more surprised to see that for once the Science Channel wasn't showing something like an obviously corporate funded documentary on how highlighter pens are produced in the factory. Though those things are always sort of impressive for the amount of enthusiasm the narrator manages to get into his voice, "But once the felt has been placed in the plastic shafts, it's not over yet!" Average American narrators, too, always have this annoying tendency to deliver shit like they're bragging, like they're showing you up, like these highlighter pens kick the asses of any other company's paltry attempt at even thinking about making sentences in text books stand out.

Fuck yeah, highlighters! Eat it, white out! Highlighters want to know if your mom's sore from last night!

That's not even the same highlighter documentary I saw on Science Channel that time.

Anyway, on this particular day, the Science Channel was showing a thing on Isaac Asimov as part of their series called something like Sci-Fi Prophets. Mostly it was pretty cheesy, with hokey reenactments with actors is 50s clothes, one of whom was meant to be Asimov. But my interest was piqued when one of the talking heads turned out to be none other than Harlan Ellison, who talked about calling Asimov for advice, Asimov apparently suggesting to Ellison that people in his story might be able to breathe in atmosphere without oxygen through the use of "anaerobic microbes".

But Ellison was on only for maybe 15 seconds and unfortunately the show used a bunch of footage from the lousy Chris Columbus adaptation of The Bicentennial Man. The programme focused largely on Asimov's non-fiction works and a devil in me was tempted to recommend to the girl at the cash register that she read what Asimov wrote about Creationism.

Offensive sweaters blot out the full moon.
Confused ribbon cages catch in the wind.
Colourless bars stack around the last spoon.
Notecards are like memories you can spend.
Sandwich signals resound through the dungeon.
Tortured corn cobs lay naked on the bed.
Withered pickles make a silly truncheon.
A very big boy's been inside your head.
Late tea can't afford dry purple soap foam.
Bubbles in the hose take the shape of twins.
Fathers soaked with chlorine mindlessly roam.
Pairs of wigs dance forth from all our dustbins.
Blood coats roots invaded by the bad plug.
Crimson beads burn on the phosphorous rug. 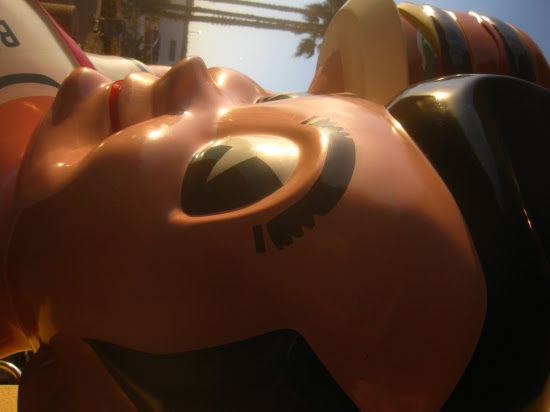 Posted by Setsuled at 5:18 PM
Email ThisBlogThis!Share to TwitterShare to FacebookShare to Pinterest