Faith in Knives and Crosses 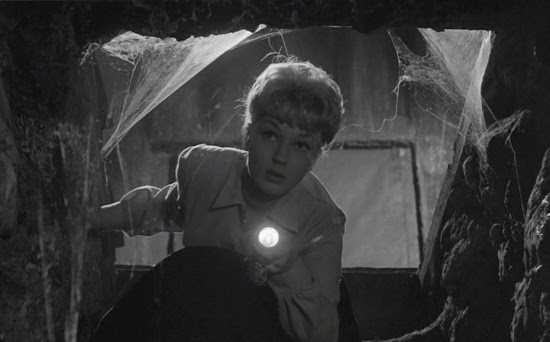 In a quiet little unassuming Massachusetts town filled with shadow and curling mist a centuries old community of immortal witches has thrived since the days of the infamous witch trials. That's the premise of the nicely eerie 1960 film The City of the Dead. 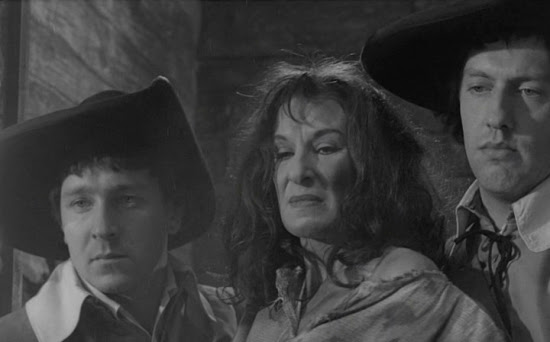 Their leader is Elizabeth Selwyn (Patricia Jessel), who centuries before was saved from burning at the stake by the graces of Satan. But, as striking as the opening scene set in the seventeenth century is, it's when the film goes to Christopher Lee as Professor Alan Driscoll, giving a lecture on witchcraft in colonial America, that the film really takes hold.

Naturally no-one makes much of the fact that the professor seems peculiarly and passionately concerned with the plight of the witches. Except one pretty blonde called Nan (Venetia Stevenson) who seems to have a crush on him and readily takes his advice to travel alone to Whitewood to conduct research for her paper. 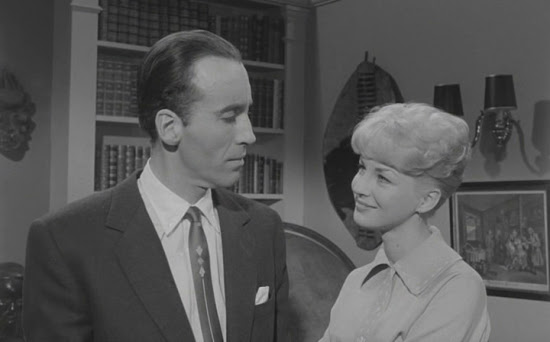 There's the standard gas station attendant she stops to ask for directions, then there's the mysterious man who appears at the fork in the road before calmly asking for a ride.

The town sits in a perpetual blanket of mist and beyond the rotten wood of the ancient buildings is the pure black of perfect darkness making the place seem unreal or at least completely cut off from the rest of the world. 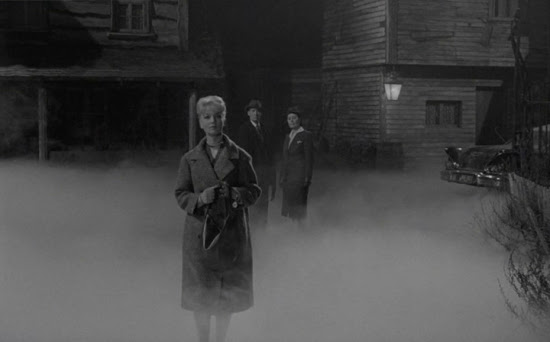 Innocent young Nan stays at the Raven Inn where her suspicions are slowly aroused by things like a trapdoor in her room with no handle and a dead bird left in one of her dresser drawers. When the landlady, who we can plainly see is the reincarnated Elizabeth Selwyn, invites innocent young Nan to dance with the other guests one evening Nan eventually agrees and takes off her nightgown to get back into her clothes. 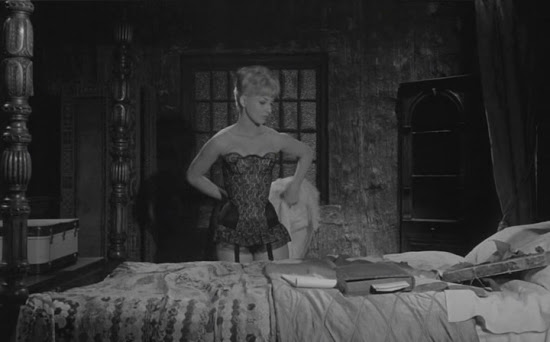 And we see she's inexplicably in the undergarments of a burlesque performer. Absolutely no mention is made or explanation is given for this though perhaps it's the sign of horror movie morality at play.

Though actually one is struck by the feeling, watching the film, that no-one is safe from the powers of Satan. There is a really impressive climax involving a crucifix inflicting damage on witches but that didn't stop the local priest from being assaulted by the forces of the Devil.

The impression one has watching is that the supernatural forces at play, both holy and Satanic, are savage manifestations of human spite. The fear is invoked more from the sense that a set of laws founded on false premises rule and provide excuses for bloodlust. Seeing the drama play out gives the impression that God's order is a vain illusion over a real chaos. 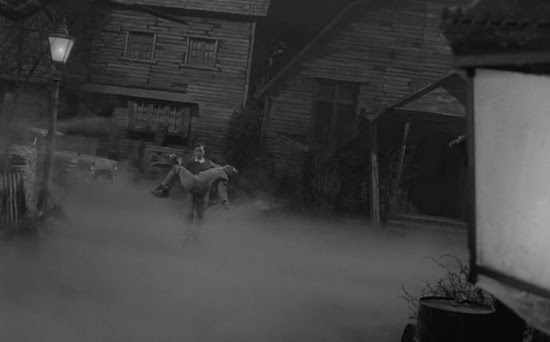 Posted by Setsuled at 1:39 PM
Email ThisBlogThis!Share to TwitterShare to FacebookShare to Pinterest