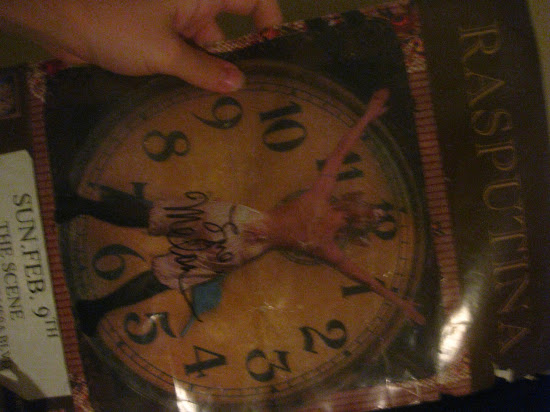 I came across this Rasputina poster while cleaning out my closet to-day. Melora Creager signed her ass for me. That's why we love her.

This was from a show in San Diego I think from when Rasputina was touring to promote Cabin Fever which would have been 2002. Eleven years ago, damn. I went with Trisa who had the determination to wait behind the building after the show so we could meet Creager. I remember gushing to her about her instincts as a vocalist.

That was one of the nice things about having Trisa around, she kept up with concerts, who was coming to town and when. Also in my closet to-day I found paperwork relating to my car being towed and stored in West Hollywood while Trisa and I were seeing Rasputina at the Troubadour. There's a history in my closet that can be read in layers of Rasputina concerts.

Here's something even older: 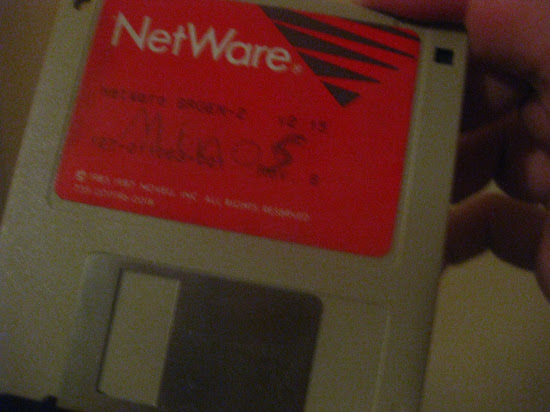 Tim would recognise this, if he's reading. Too bad I don't have a floppy disk drive or I'd be tempted to try to get Doom II working again so I could play this old mod I worked on for ages when I was a teenager. The original concept was to create a complicated labyrinth with just one Cyberdemon but it gradually became something I just made up as I went along. The old editor Tim and I used to use for Doom had a tendency to zoom out a bit without telling you each time you loaded a mod you'd previously worked on so the rooms in the Doom map gradually got larger and larger depending on how new they were. It was kind of a hodgepodge of Grecian marble and hellscape.

Yesterday I spent all day on my math homework, to-day I see will have been spent entirely on trying to prepare my room for Monday's new floor and I'm pretty sure I won't be done by evening.

A few days ago, I read "Study for The Witch House", the new story in the Sirenia Digest. It's a nice little study of a conversation and how the undercurrents of strangely effective paintings subtly colour the conversation. Another nice piece of work.