Not an Endorsement for Wax Lips 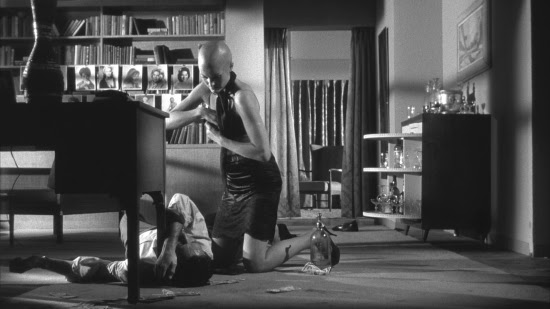 The opening scene of 1964's The Naked Kiss suggests a far more interesting film than it turns out to be. A scene of a bald prostitute in lingerie beating senseless a man who for some reason continually says, "I'm drunk, I'm drunk!" There's an intriguing and brash dream logic to this scene sadly undermined by a heavy handed moralistic story that follows it. Though the bulk of the movie isn't completely bad. 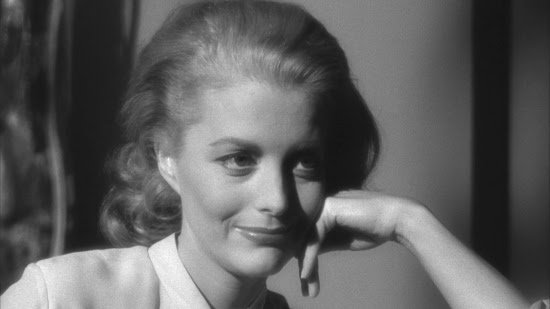 The prostitute, played by Constance Towers, is known throughout the film only as "Kelly" or "Ms. Kelly", making it uncertain whether it's her first or last name. Somehow, no-one ever asks her for another name. The credits just list her as "Kelly".

After that first scene, we see Kelly turning up in a small town some time later having re-grown a healthy head of blond hair. Her first and last john in town is the sheriff, Griff (Anthony Eisley), who recommends she go across the river to get a job in a brothel run by a woman named Candy. But Kelly, looking in the mirror at wrinkles around her eyes, sees a bleak future ahead of her and decides it's time for a career change. 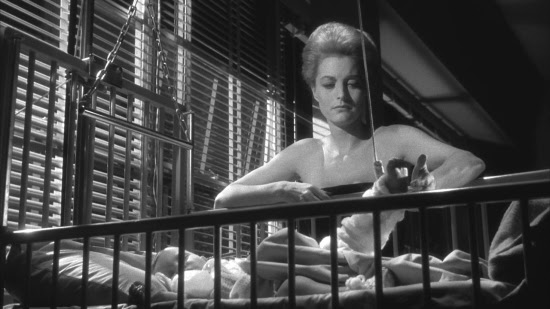 Kelly takes a room in the boarding house of "the town virgin", a little old lady who never loved another man after her fiancé, Charlie, was killed in World War II. Kelly gets a job as a nurse in a hospital carrying for disabled children and quickly wins the admiration of all the staff as she takes to the rigours of her job with ease, having a natural rapport with the children. 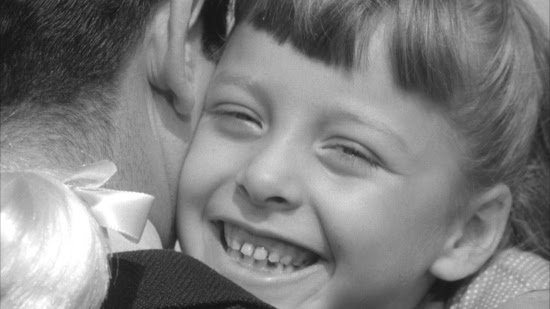 Child actors in the 50s and 60s aren't generally known for being convincing performers but the kids in this movie come off especially artificial thanks to director Samuel Fuller's tendency to cut to isolated close-ups to emphasise certain lines, something that makes even the decent adult actors look occasionally, inappropriately mad. 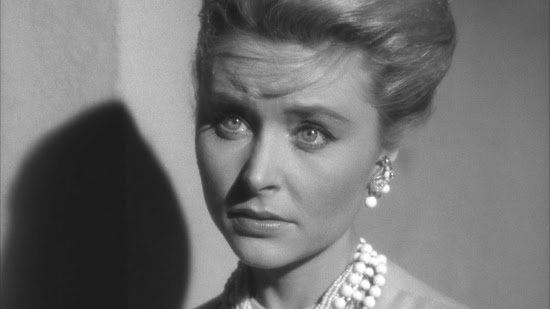 Kelly takes up residence on a moral high horse, procuring a thousand dollars to enforce her command to a co-worker that she not get an abortion (it's vaguely suggested the woman has her baby outside town and puts it up for adoption). Kelly takes a twenty five dollar advance from Candy away from another nurse and shoves it into Candy's mouth after beating the shit out of her.

Meanwhile, Kelly becomes engaged to J.L. Grant, the rich young man who owns everything in town. Miraculously, he doesn't mind when he learns she used to be a prostitute. The only problem is he has what Kelly describes as a "naked kiss", something that indicates perversion. I won't spoil it for you but it's part and parcel with the high handed morality of rest of the story. 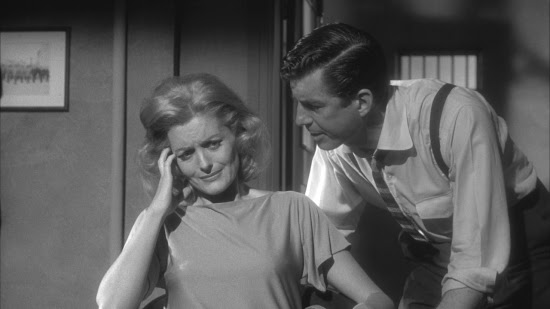 The most interesting thing about the movie, aside from its occasional brassy surrealism, is in its portrayal of male sexual hypocrisy as the sheriff, who's happy to pay for sex with Kelly, is disgusted by her attempts to live in decent society. The too-good-to-be-true Grant's reasons for wanting to marry her again reflect irrational condemnation of Kelly's former profession. The tyrannical morality Kelly exhibits which seems to reflect a self hatred can be seen as evidence of damaging social conditioning. Even as she'd lived relatively happily as a prostitute, somewhere at the back of her mind this thing from society had apparently always been incubating.

Posted by Setsuled at 2:31 PM
Email ThisBlogThis!Share to TwitterShare to FacebookShare to Pinterest