"I Sit and Watch TV, I See Only Me, but I Look for You There"

A couple nights ago, I dreamt I finally got around to going to Disneyland and seeing the new Star Tours. It turned out to be an underwater voyage involving dark, very deep water and hundreds of silently screaming, drowning elks flowing by in place of a star field. This probably at least partially comes from me wishing they'd bring back the submarine ride.

It's going to be a busy few days for me. I hosted a chess tournament to-day, I'll be hosting another on Tuesday night and in between I have school, an appointment to see my counsellor, and of course I can expect the homework I receive on Monday night to take an obscene amount of time.

I watched no movie last night, just television--The Thick of It, Hit and Miss, and Doctor Who. I'm halfway through Hit and Miss and while I'm still mainly enjoying it I feel as though it might have been better as a two hour film rather than a six episode series. It treads water a bit, forcing characters to back up slightly in the second episode. Mia's confrontation with the landlord at the end of the first episode I think must have seemed to the writer to have dissolved too much tension too quickly because suddenly in the second episode Mia's a little more shy about how tough she wants to get with him. In the third episode it's a little better but keeping things to a two hour running time might have helped. 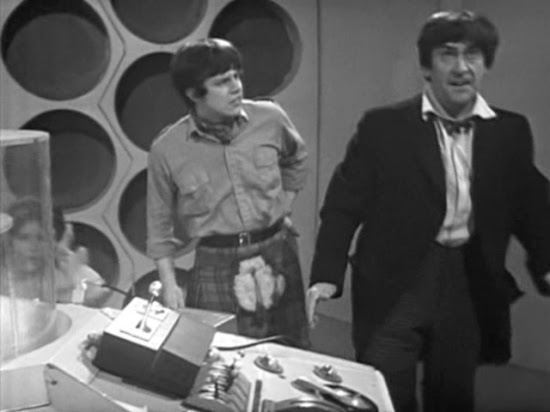 I've been watching and posting an episode of Doctor Who nightly to my Facebook page, partly to help my friends gear up for the fiftieth, partly just for myself. Probably mostly just for myself as I suspect most people aren't actually so interested in watching the old series. But that's fine--I'm enjoying this second look since I watched through the series the first time a couple years ago. Instead of watching it in order, I'm going partly on whim, partly on aesthetic inspiration, partly on what episodes I think are probably most important to have watched before the fiftieth. Incidentally, I'm finding seemingly every episode of the series has been posted to France's answer to YouTube, Daily Motion, which seems to be like YouTube used to be, before YouTube went paranoid and ravenously capitalist.

I may start posting mainly horror or gothic oriented serials for October. I'd like to start watching exclusively horror, gothic, or otherwise Halloween appropriate movies for the month. If anyone wants to suggest some titles, I'd appreciate it.

Otherwise I have a huge pile of movies now with the word "naked" in the title. Which includes a surprising variety. Naked Weapon, for example, is a very different movie from The Naked Gun and The Naked Prey is probably not what most people would hope.