The Absence of the Windows Worm 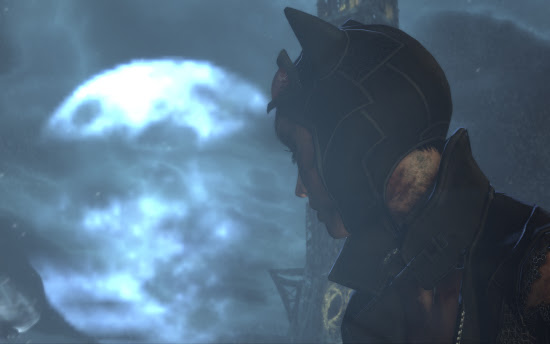 I beat Arkham City earlier this week, which was great because after the main plot you're allowed to roam the city switching between Catwoman and Batman as much as you want. For several nights I enjoyed beating up guys with all of Catwoman's rather sexual finishing moves. 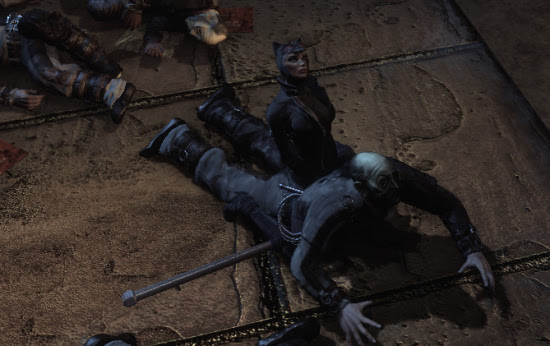 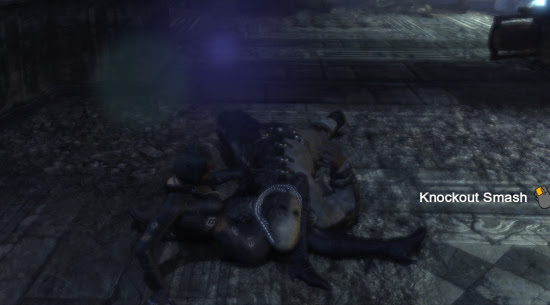 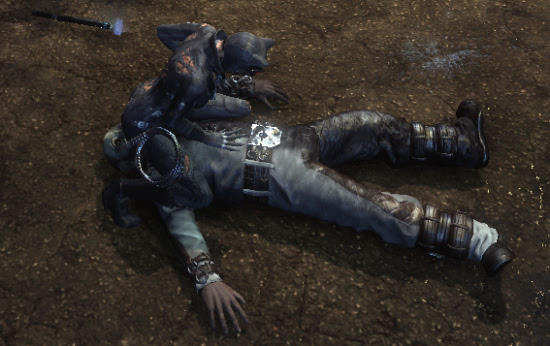 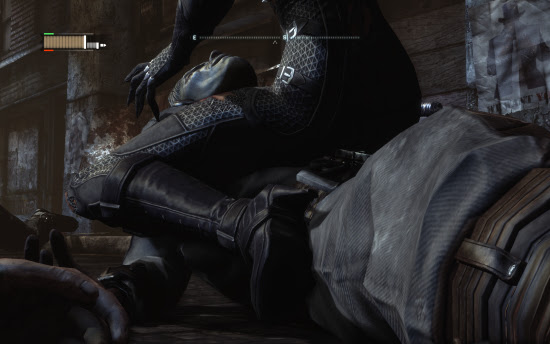 I can think of worse ways to, er, get knocked out.

Then last night Windows Live died. Well, from what I read now, Windows Live had been dying a long slow death since some time last year. That didn't stop the two Arkham games from forcing me to install it--and sign into it--every time I played. One of the Fallout games forced me to do this too. These are all single player games which makes being forced to connect to some online service to play them frustrating in itself. But I have Steam, the leading cloud gaming service, and I tend to buy games through Steam. Which means for the Arkham games I had to have both services running.

Last night, I had to click new terms of service and discovered for the first time the Arkham City loading screen wasn't photo-bombed by the shiny blue Windows Live bar at the top forcing me to sign in with some screen name they arbitrarily assigned to me. And I discovered all my saved games were gone.

After a few minutes of annoyance, I decided to play anyway, to start the game over. My normal practice is to play the game until it inevitably crashes, which is usually about an hour or an hour and a half. Except last night it didn't crash. Because Windows Fucking Live is gone. And I had a really nice couple hours playing--in addition to not crashing, the game's frame rate was also vastly improved in loading transitions. It's fascinating, there's not one, single, remotely positive quality I can now ascribe to that parasite Windows Live, which was presumably meant to provide a service of some kind. I guess, more likely, it was just part of Microsoft's increasingly creepy campaign against software piracy.

I still feel weird using Steam and, if I could, I would happily do without it, but I have to admit it's useful. It's a nifty portal to find DLC, I like being able to install games whenever and wherever I want, it's nice that it automatically finds official patches and bug fixes for games, and of course there's a greater selection of games at better prices than I'd ever find in a store. Though the existence of Steam in itself is likely why Best Buy's computer game section tends to be limited to little more than one shelf of Blizzard products.

Posted by Setsuled at 5:14 PM
Email ThisBlogThis!Share to TwitterShare to FacebookShare to Pinterest