Not much sleep last night. Mostly from thinking of the week ahead. I'm going to need to move everything out of the room I've lived in for over ten years to make way for new wooden flooring I don't want. I really wish I could afford to live alone. I think back to the humiliating and hopeless effort at getting a job last year that, if I had gotten one, wouldn't have even put me halfway to that goal. On top of that I have people around talking to me like it's because I haven't made any effort that I'm not making any money. It's funny not one of them has managed to offer one single piece of constructive advice. It's amazing how many people seem to think all one still needs to do is apply and follow-up. I couldn't even get a job in fast food last year and I applied and followed-up at all of the stores in town. And of course getting a job in something I'm particularly good at seems an impossibly distant goal, a distant goal accompanied by the knowledge that most people who do reach that goal are in miserable living conditions. 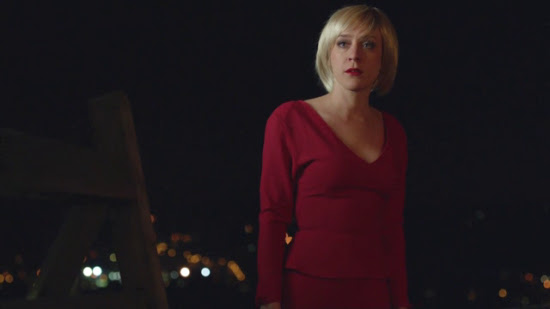 Anyway. Last night I watched the last episode of Hit & Miss. It was a good series, very much about emotion. It's something you have to keep in mind as you watch, that the writer is making an emotional point requiring the viewer to let some things pass that may not make sense.

For example, in the third to last episode I think it was, the silent stalker guy who'd observed the isolated Irish farming family in secret reveals himself to the family having brought back the little girl who's gone missing. Mia, the protagonist, head of the family who is secretly an assassin for hire, watches with pleasure the two young boys of the family start to beat the shit out of the quiet man. Her boyfriend, Ben, stops the boys and accuses Mia, who is a transwoman, of being mannish for enjoying inflicting violence.

Here I thought of two things Mia could have said; "Well, you stopped the fight, does that make you a woman, Ben?" or "So you're the Irishman who never heard of Margaret Thatcher?" Instead Mia just replies that she's not a man and the two spend time apart.

First of all, I didn't really buy that Mia would just let the kids attack the guy for no reason. The man wasn't making any aggressive movements and any halfway rational person would've had to have considered the possibility that this was a nice man who found the lost little girl and led her home.

But there are emotional points to be made here about Mia's reflexive need for violence and a more fundamental idea brought out more in the last couple episodes about identity, about what one can infer about a person based on his or her actions. In another scene built on an unlikely premise, Mia goes home to her mother and brother who live and work in a carnival. The brother is violent and transphobic and somehow physically gets the better of the trained assassin and cuts her long hair while she's conscious and crying. But the point the writer, Paul Abbott, is making turns out to be about how both Mia and her brother's propensity for violence were inherited from an abusive father. 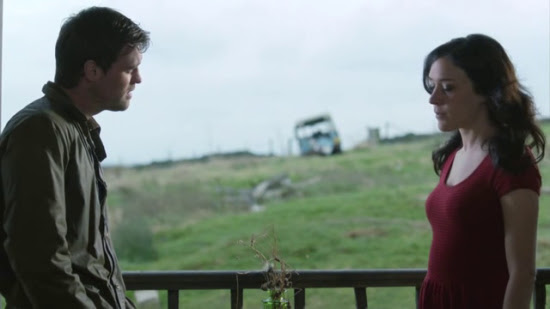 The show is beautifully shot and Cloe Sevigny is good in the role--though I still would have preferred an actual transwoman. The show is frequently awkward in the paths it takes to get to the interesting places it wants to go. There's too much reliance on characters doing embarrassing and complicated things in private, like when Mia buys a false pregnant stomach for herself. Worse was the moment where Mia, who's pre-op and unhappy with her penis, takes a bath and leaves the door unlocked. There are a lot of moments on the show where you feel like the character would be a little more guarded in the specific situation.

But the fact that I get anxious when the characters leave themselves vulnerable for reasons that seem unrealistic to me is certainly a sign that I care about the characters. It's a shame the show ended after only six episodes. I would have liked to have seen a somewhat more relaxed examination of these characters. 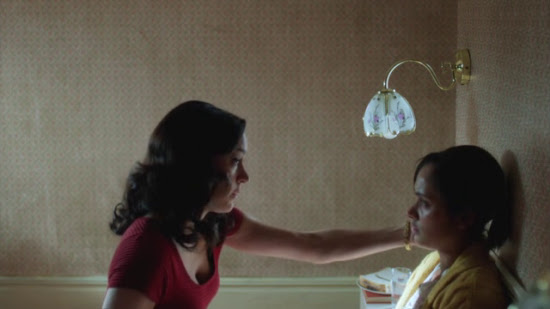 I think maybe the part I liked most was what eventually transpired between Riley and the landlord, especially the aftermath and the contrast between Mia and Riley's reactions.

Posted by Setsuled at 2:33 PM
Email ThisBlogThis!Share to TwitterShare to FacebookShare to Pinterest