Who is at Liberty in Paris? 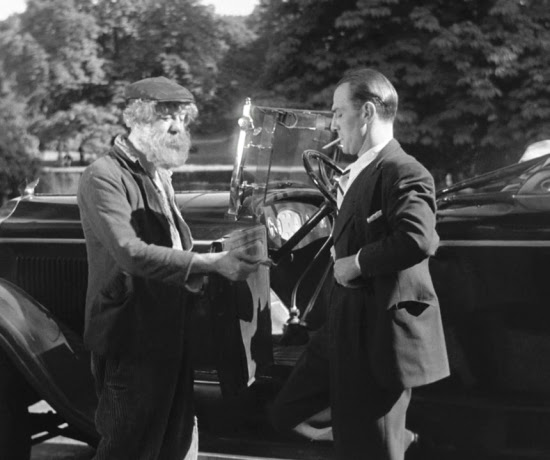 If you believe in personal freedom, is it right to prevent someone from committing suicide? It's this problem that propels the wonderful 1932 Jean Renoir comedy Boudu Saved from Drowning. Its eccentric and fascinating star and Renoir's way of slyly portraying the absurd in social etiquette would be enough to make this movie amazing but, particularly in the Blu-Ray edition, it is also a remarkable collection of pristine footage of Paris as it was in the early 1930s. 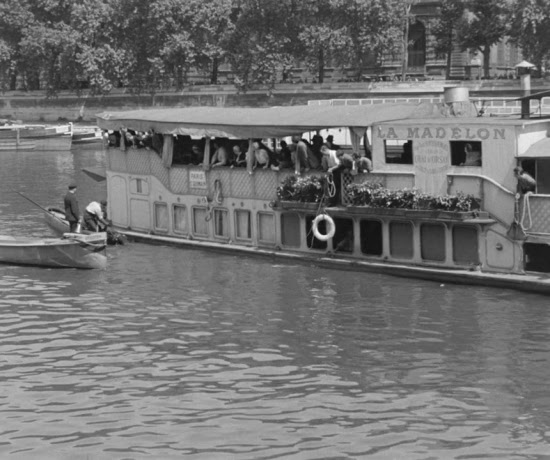 The movie opens with a man and woman on a crude stage re-enacting a vaguely classical scene of the man, possibly meant to be a satyr or Dionysus, attempting to woo a nymph. This dissolves into the bookshop of Edouard Lestingois who's making love to the housemaid. He presents himself as a gentleman of intellect and sensitivity, happily giving away two books by Voltaire to a customer for no reason. 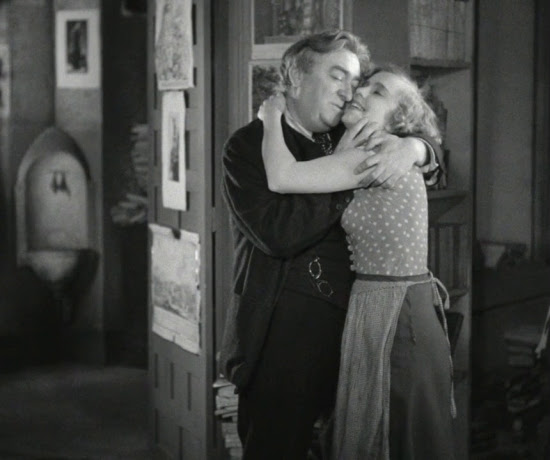 It's no surprising, then, that when he sees Boudu through his spyglass leaping into the Seine (having delightedly spotted him moments earlier, calling him a perfect tramp) he rushes to save the man.

To say Boudu is a tramp, even a consummate tramp, doesn't begin to cover it. Boudu is unique, to say the least. 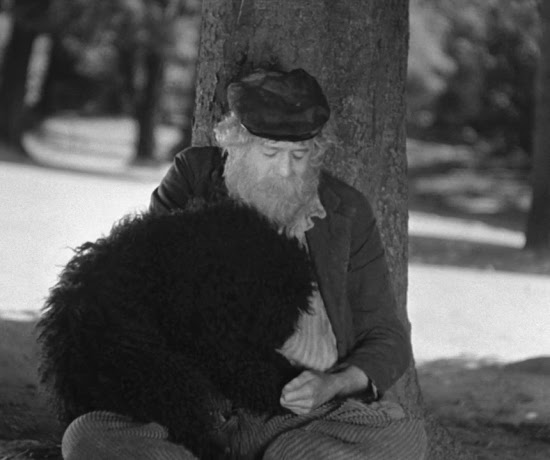 We meet him in the park, picking fleas out of this dog's fur, fur which bears a remarkable resemblance to his own beard. When the dog runs away when he's not watching, he begins stumbling about in a gloomy, discouraged search. He asks a police officer to help him look but, seeing Boudu's shabby appearance, the officer tells him to walk away if he doesn't want to get arrested. A moment later, the officer agrees to help a beautiful, wealthy woman find her dog.

He finally despairs of finding the animal who is possibly his only friend and jumps into the river. After Lestingois saves him, the bookseller decides to take full responsibility for Boudu's life, much to the irritation of Lestingois' wife and mistress. 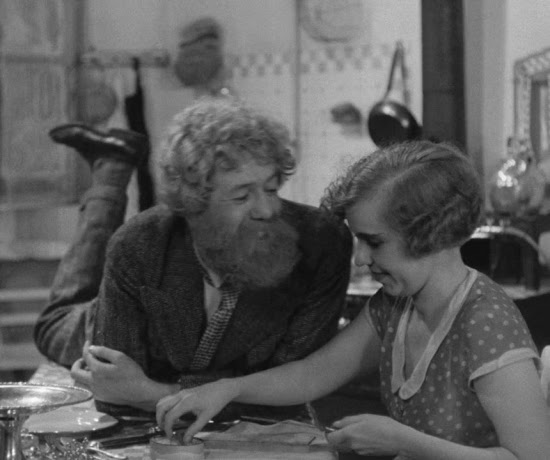 However, Boudu eventually seduces and sleeps with both women. What's so attractive about this suicidal, bearded tramp? Perhaps it's his complete lack of restraint and evident liberation from all social considerations.

As though in an effort to embody the counterargument to Lestingois' impulse to save a suicidal man, Boudu wanders the home and shop of the bookseller, spitting in books, laying on tables, or pulling apart the kitchen in an effort to shave his beard. 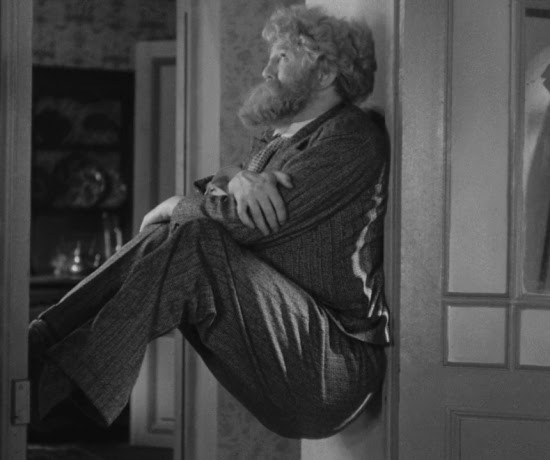 Boudu is played by Michel Simon, a rather remarkable man in himself, according to Wikipedia;

Michel Simon was at various times, a boxer, a boxing instructor, a right-wing anarchist, a frequenter of prostitutes, pimps and petty crooks. He was extremely well read, a talented photographer, a hypochondriac, a misanthrope, owner of a vast collection of pornography and with a reputation for unorthodox sexual behaviour which he did not bother to deny.

I don't know how much of that is true but I'm inclined to believe it. He had a unique array of physical behaviour and a face funny enough to rival Laurel and Hardy. 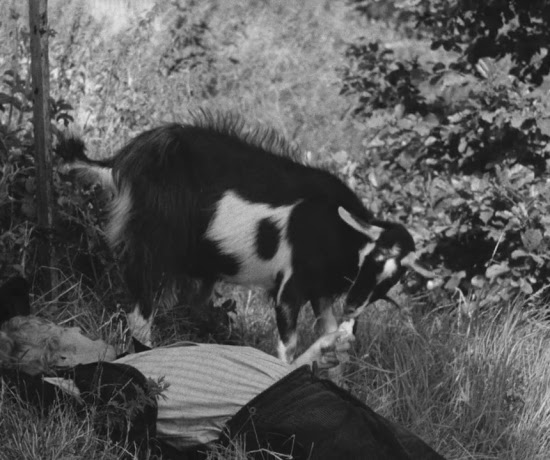