Mist Creeps Over the Players 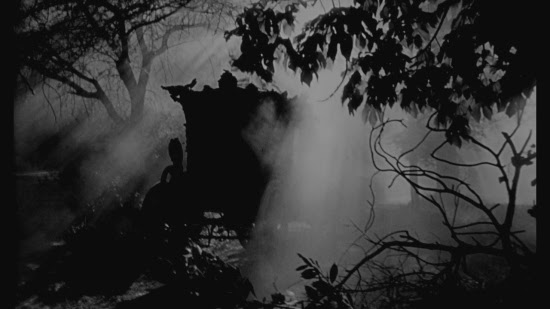 When a film gives me ruined chapels and coffins etched with grizzled bright white in pure black, slashes of shadow and twisted tree limbs clutching from the periphery I am pleased. 1960's Black Sunday doesn't provide much more than this but that's fine. 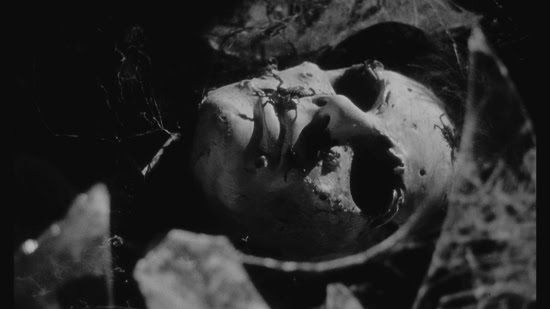 Barbara Steele stars as Asa, a being with the characteristics of both a vampire and a witch who hundreds of years before the events of the film was tied to a stake and had a gruesome mask nailed to her face. 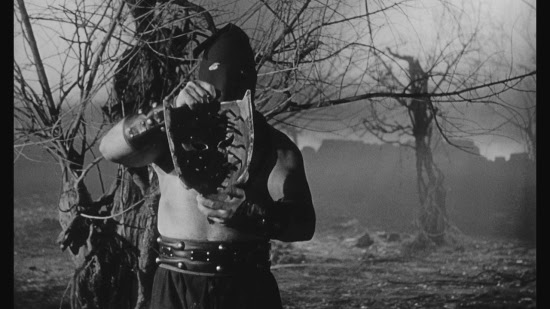 This, we are told, is so that the devil inside her will not be concealed by her beautiful face.

The movie's set in Moldavia and Asa comes back to life in 1830. The movie has a surprising amount of imagery appropriate for the setting, unusual for a gothic horror movie of the time. The religious trappings are distinctly Eastern Orthodox, for example. 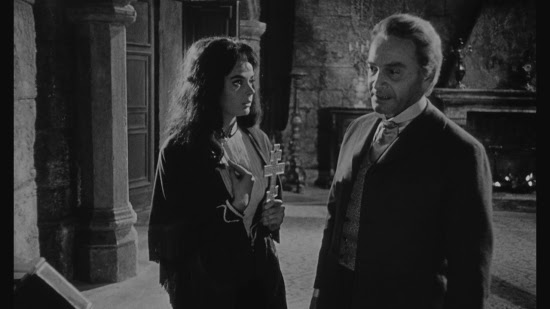 Steele also plays Katia, a descendent of the witch who is rather spooky herself when she's introduced in the chapel ruins accompanied by a pair of huge dogs. 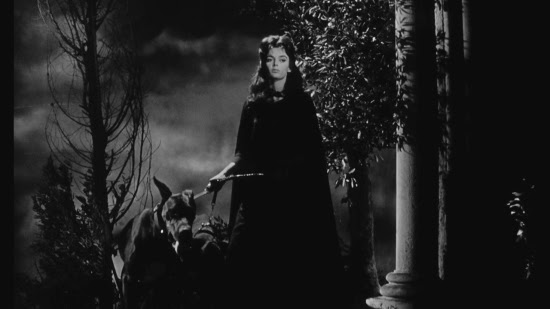 The witch, after a pair of travelling doctors disturb her resting place, plots to take over Katia's body. Of course I was rooting for her as Katia and the handsome young doctor who falls for her are both standard, intensely boring horror protagonists. 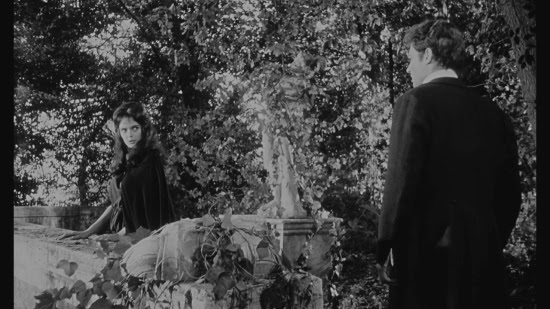 When one of the doctors unmasks the witch's corpse he finds her face surprisingly well preserved, albeit crawling with scorpions and holding some kind of black substance in her eye sockets which bubbles and glows as she starts to wake up. 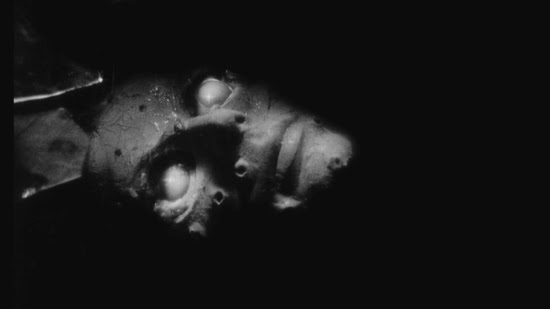 The plot is very much plot. Vampire witches threaten, make people their servants, the girl is vulnerable, etcetera--there's no particular subtext going on. But, gods, I want to live in this castle. 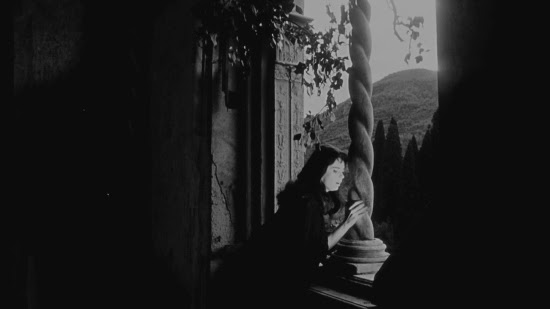