So the Hunter and the Hunted have Become the Strawmen 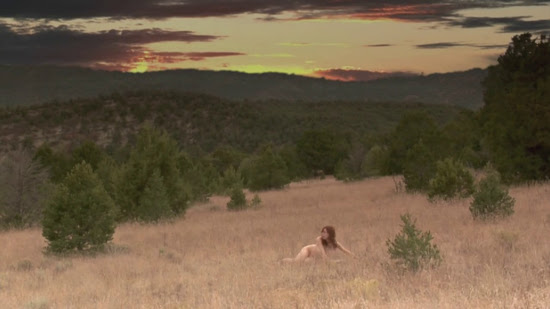 From the pile of movies with the word "naked" in the title I've finally come across one that meets the expectations one's likely to have from such a title. 2007's Naked Fear feels like a young, ambitious porn director's attempt at making a mainstream film, influenced by the exploitation movies of the 70s. And yet it was directed by Thom Eberhardt, a director with more than thirty years experience having directed several Hollywood films including Captain Ron and the Sherlock Holmes spoof Without a Clue starring Michael Caine and Ben Kingsley. To say the acting talent in Naked Fear falls well below the calibre of Caine or Kingsley would be to cover only one flower in the bouquet of mediocrity on display. 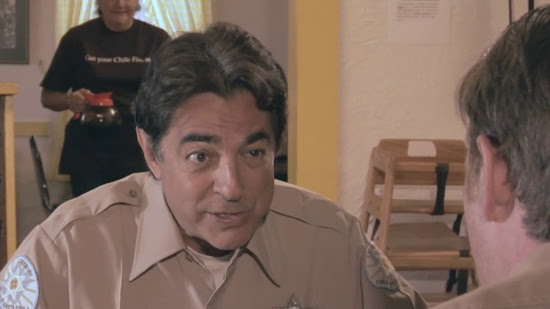 The biggest star in Naked Fear is Joe Mantegna who one senses took the role so he could play against type as a redneck cop in a small New Mexican town. His role is very small, though. Mainly the movie follows the new deputy, Dwight, as he tries to find out why prostitutes have routinely turned up missing over the years. He faces inexplicable resistance from his co-workers in doing so--resistance that's never explained--and a young, seemingly psychotic wife who inexplicably demands he quit trying to find the latest woman to go missing, Diana Kelper (Danielle De Luca). 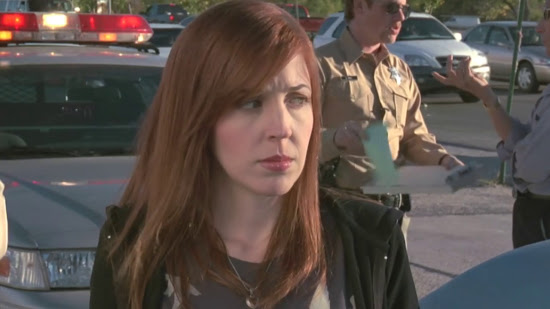 Diana's the other main character, the subject of the film's "Most Dangerous Game" style plot as we see the fate of the missing prostitutes--Colin, the owner of a local restaurant, kidnaps the women and flies them in his little plane to New Mexican wilderness. He leaves them naked and unconscious and hunts them with high powered rifles and crossbows when they wake up. 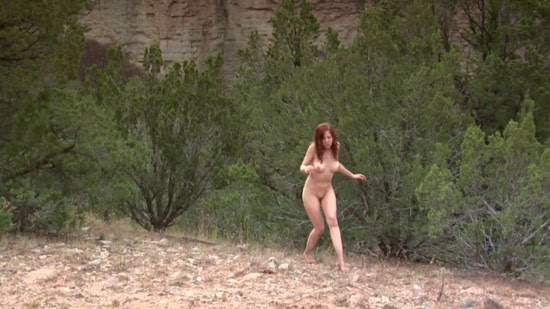 The fact that De Luca looks absolutely fantastic naked is the best part of this movie. It's certainly not her acting. But I was captivated for the fifteen or so minutes she spends wandering before she finds a shirt at an old camp site.

But we don't get to this, the main hook of the film, until around a third of the way through, before which we follow Diana as she's extorted into taking a job as a stripper and the movie spends a lot of time telling us how terrible it is women are exploited for their bodies before we get to the fifteen or twenty minute sequence of a beautiful woman wandering naked in the wilderness. 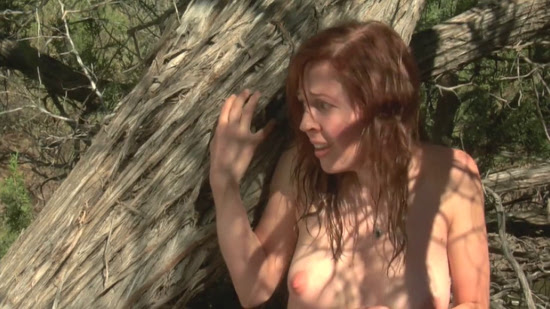 The film was written by a woman named Christine Vasquez which makes it seem especially strange that none of the female characters are half as complex as the male characters (not a one of whom is exactly Hamlet, mind you). We watch the deputy and Montegna as they struggle between following their consciences or doing their jobs. There's a lot in the first section about male bonding in sport hunting, making the not subtle statement about how men presume privilege over the physical existence of others. This approaches being an interesting statement though it's sabotaged by the deputy's wife whose nagging failure to comprehend her husband's desire to do the right thing can be traced to misogynist character types crafted in Madigan and Dirty Harry. 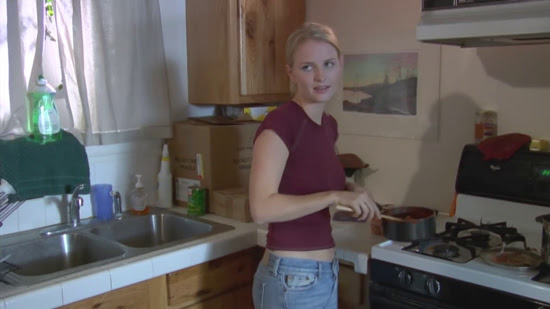 But the most significant failure is in the crafting of Diana's character. The screenplay and De Luca's performance dehumanise her far more than Colin. She's introduced as a gullible, star struck kid who thinks she's come to town because she won a contest to be in a Dancing with the Stars style reality show. When Colin's chasing her, the essential challenges of a "Most Dangerous Game" story are continually mishandled. This interest in such stories is in watching two people matching wits. Diana succeeds in clubbing Colin over the head with a rock and knocking him unconscious but for no apparent reason does not take his gun. Then, when a family of campers find her, she's suddenly overcome with a form of shock that renders her incapable of speech, despite screaming for help several times when she's alone. It's not hard to see that this was because it would have ended the story much quicker if she could've told people there was a psycho hunter roaming nearby with a gun.

There's a real irony here--this movie was clearly meant to criticise misogynist attitudes that treat women like animals but, thanks to extremely lazy writing, attributing animal intelligence to any character in this movie would be very generous.