A Cake in the Trees 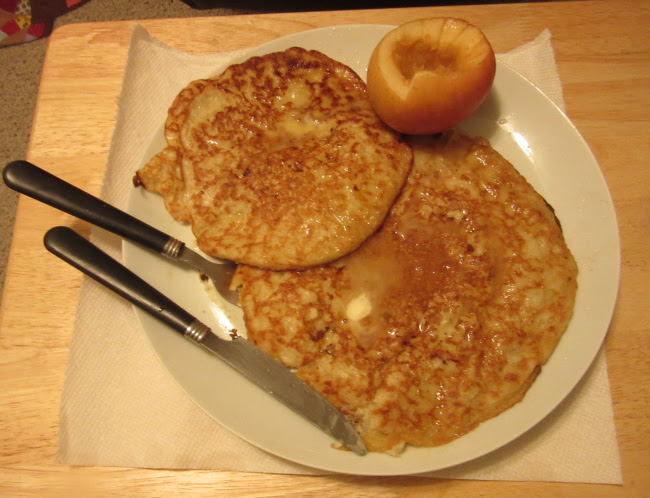 I made this for dinner last night--sweet potato pancakes and a baked apple. I had a huge bowl of broccoli with lunch, okay? Well, I probably ought to've had some greens with dinner, but it seemed a Christmasy meal. I took the core out of the apple and put honey and Earth Balance fake butter in the middle, wrapped it in foil and put it in my convection oven at 400 degrees. I ended up cooking it for around fifteen minutes. Meanwhile, I peeled and chopped up a huge sweet potato, boiled it for twelve minutes, then drained the water, poured in unsweetened cashew milk until the potato was nearly completely submerged, mashed it, then added lots of cinnamon and stirred. I poured this into a mixing bowl with a cup of flour then added two eggs and watched Mystery Science Theatre 3000 on my laptop while I cooked six cakes from the batter, five minutes on each side in two pans on medium heat. I ate one pancake while waiting for the last two to finish and put the rest in the refrigerator for leftovers. I put some fake butter on the two I had for dinner and the centre of the apple was now filled with a mixture of apple juice and liquefied honey and fake butter so I drizzled this onto the pancakes. I used no sugar and no salt. It was really good.

I finally got a Christmas tree on Wednesday while I was getting an oil change, a 12 inch fake one with no lights this time, after the one I had till last year, which had lights twisted into its frame, broke so the top lights didn't light. For this tree, I bought separate lights, a string of 100, which was maybe too much as the tree looks a bit of a garnish in the centre of the light wad. 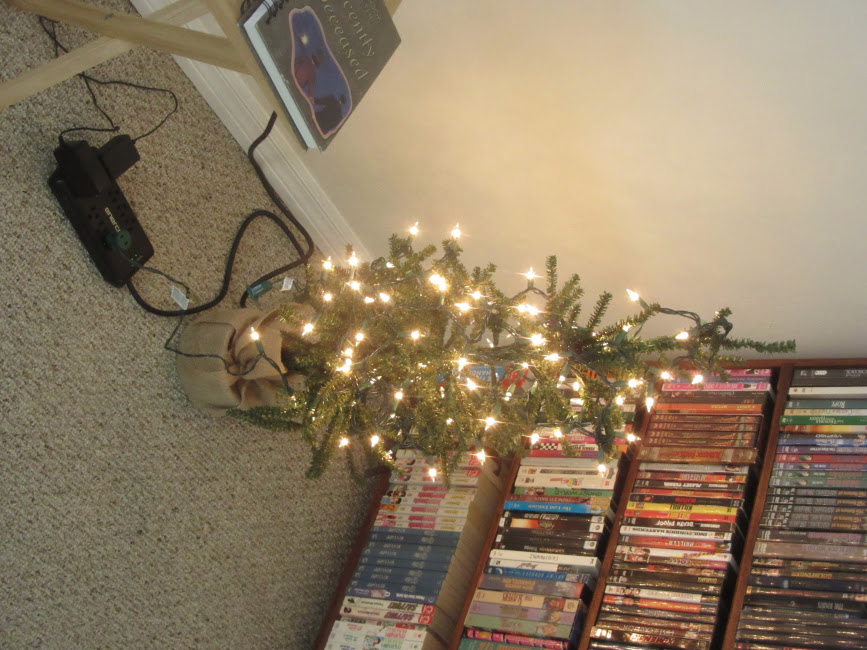 Posted by Setsuled at 10:08 AM
Email ThisBlogThis!Share to TwitterShare to FacebookShare to Pinterest