You Can Go Back to Old Dathomir 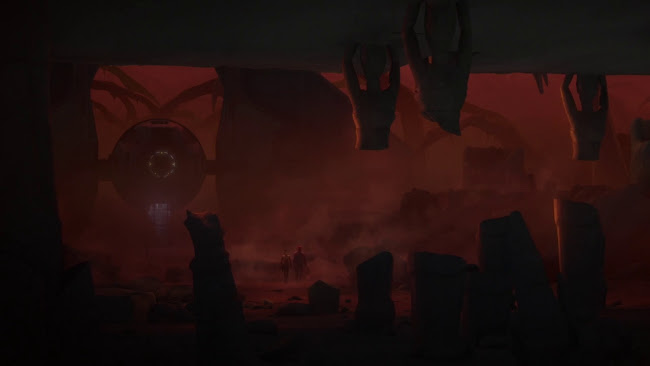 Last night's new Star Wars Rebels had some very nice visual moments inherited from the Dathomir episodes of Clone Wars but was heavier on aimless plot shuffling than on actual character development. Once again.

It was great to have Tom Baker back as the Bendu, however briefly. I suppose I'm biased but hearing him I wonder, "How doesn't everyone watching instantly melt?" The contrast with the whiny kid playing Ezra couldn't be more severe. Baker's so good at delivering a line in a way that's a little foreign to modern television and film acting and pretty close to the style of Alec Guinness--I'm reminded of hearing how Guinness offered to give multiple readings of one line in The Empire Strikes Back. There's a lot to be said for an actor internalising completely the emotions of the role like a method actor but I also love an actor who spends time just thinking about how the words sound coming out of his mouth and crafting something interesting that way. It contributes to a sense of the character's wisdom and discipline, too, which is what makes both Guinness and Baker good for these two similar mentor roles. 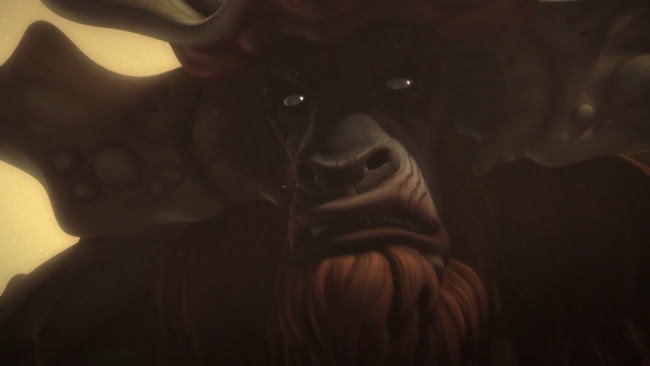 I felt like Sam Witwer as Maul tried being creative with his voice in a similar way but it somehow worked merely to flatten his character a bit. I like how the writers continue to give him an actual argument to sway Ezra instead of just, "Hey, let's be evil together!" It's interesting Maul invokes the idea of letting go of attachments which is supposed to be a Jedi idea. This could be a subtle indicator that Maul really doesn't belong to either side which makes me wish Witwer didn't voice him like erratic Evil McEvilton. 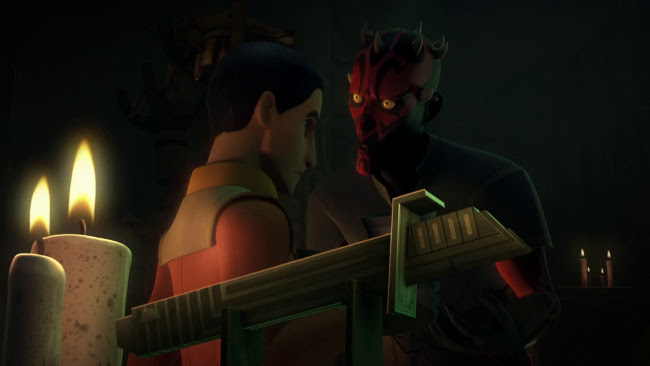 Speaking of Obi-Wan, it sounds like they're setting up a showdown between him and Maul. I wonder if it'll be as big a let down as the one between Vader and Ahsoka. 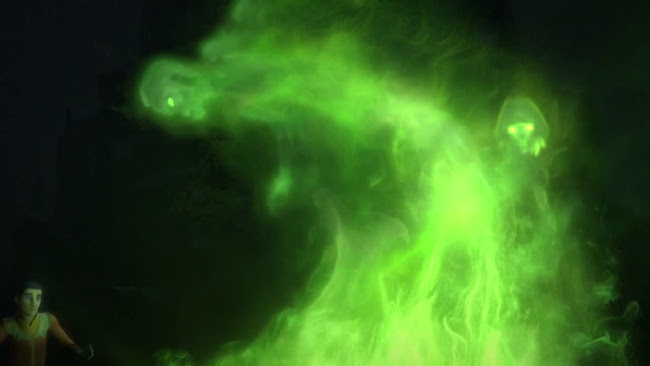 Going back to Dathomir was nice, and it kind of makes sense for Maul to hide out there. I mean, normal logic would say his homeworld is a bad choice for a hideout, but the same logic would say it was a bad idea to hide Luke on Tatooine, so that bird has well and truly flown. The ghosts of the witches were pretty eerie. It'd been nice if they'd gotten Katie Lucas back to write the episode but I guess kicking her father out of the writers' room on Force Awakens would make it awkward to bring her in on anything. Despite the obvious nepotism involved in her getting the job, she did pretty good work on Clone Wars' Dathomir episodes.

Of course, one can't go to Dathomir without thinking of Asajj Ventress but she wasn't even mentioned in the episode. Part of me says, "Wouldn't it be cool if they brought her back?" But a bigger part of me says, "Absolutely not!" They really, really need to stop bringing back people and work more on the people they already have. I mean, after they've killed off the whole Ghost crew except Hera, Zeb, and Chopper. I still don't care about Ezra, Kanan, and Sabine. I sort of want to like Sabine but her voice actress is so bland and I've already ranted before about her obnoxious, manufactured independent artist thing.

A fasting polar bear arrests the snow.
Liquorice dye aligned in clouds to sleep.
A boat could never hold what our cells know.
A new radar is seeking life too deep.
A crystal carbon promise spills a glass.
In likeness gleam, a quick impress of tears.
Unshattered drops, a rain unmet to pass.
The charcoal knife abrased the hill of fears.
A trial played for secret shirts a week.
When never stops, continuance concludes.
Escaping birds could not forewarn the weak.
A face expected thoughts were interludes.
The shadow wings were met by shades of all.
Improper folds evince a tilting wall.

Posted by Setsuled at 4:00 PM
Email ThisBlogThis!Share to TwitterShare to FacebookShare to Pinterest