Man Gave Names to All the Walkers 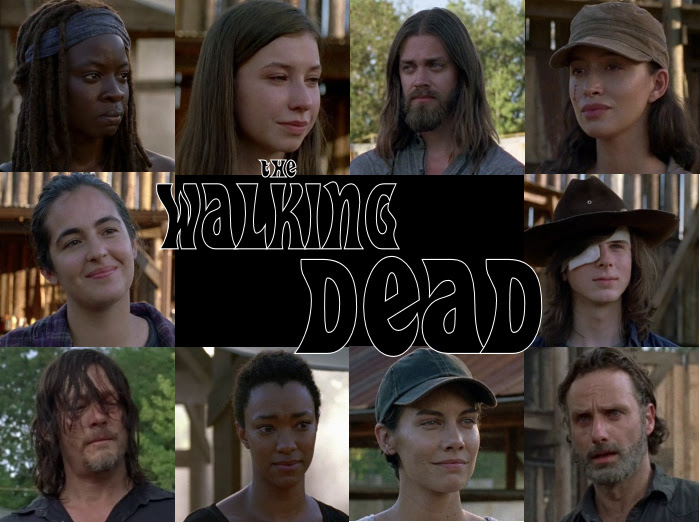 Was last night's mid-season finale of The Walking Dead a metaphor for original sin? Was it another string of improbable things for Negan to keep smiling about? It was both! It was also mildly entertaining and contained the hope of next year holding the Battle of the Five Communities. 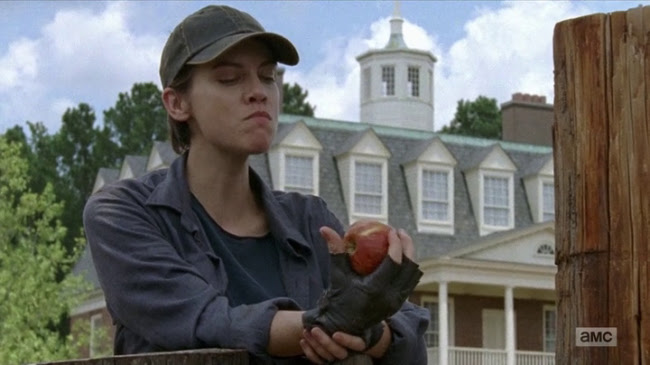 Twice we see women presented with apples. Maggie (Lauren Cohen), who wants to fight Negan, intimidates Gregory (Xander Berkeley) into giving her an apple. Gregory is the ideological adversary of Jesus (Tom Payne). 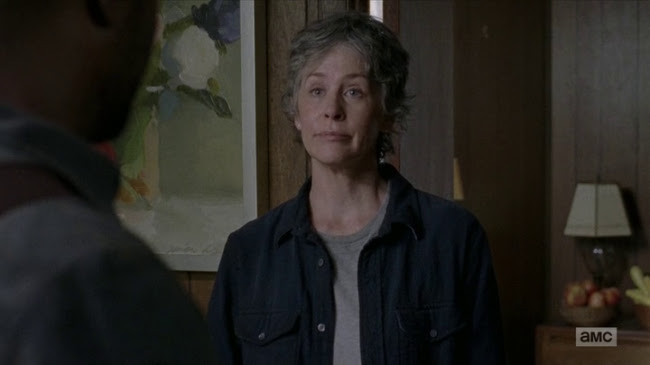 Carol (Melissa McBride), who wants to be left alone and not get involved in the fighting, reluctantly accepts apples from Morgan (Lennie James) who . . . also doesn't want to fight. I'm not sure how that fits. She also gets a lot of apples from Ezekiel, whose name also happens to be biblical. 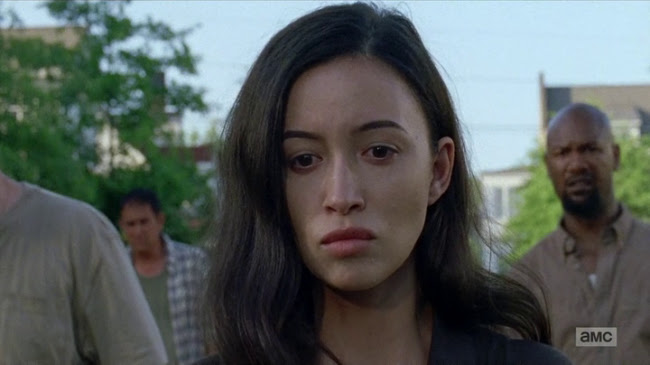 Rosita (Christian Serratos) doesn't take an apple but, as the fruit represented knowledge, she does make the same transgression in forcing Eugene to make her a bullet to defy God, Negan (Jeffrey Dean Morgan), the mysteriously invulnerable controller who asked Rick (Andrew Lincoln) to chop of his son's arm in the season première only to stop Rick at the last second in a manner similar to God asking Abraham to sacrifice his son and then stopping Abraham at the last minute. And the first guy Negan killed was Abraham. 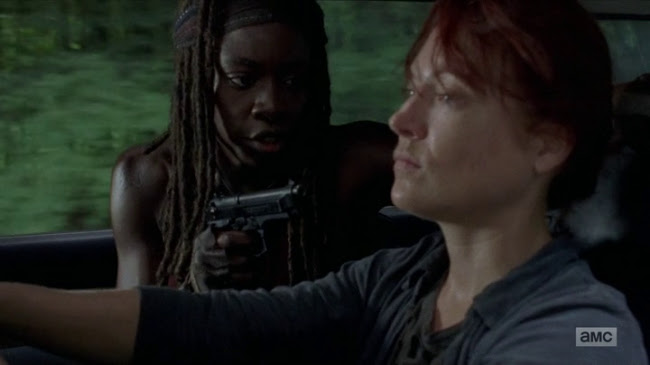 Michonne (Danai Gurira) has also not wanted to toe the line and confronts Rick about changing strategies in this episode. So the general trend seems to be that Eve, the women, want to defy God, Negan, and force the more reluctant Adam, Rick and etcetera, to go along. Though I guess both Morgan and Carol are Adam and that guy with bloodshot eyes in the Kingdom is also Eve . . . well, the metaphor is sort of in there. 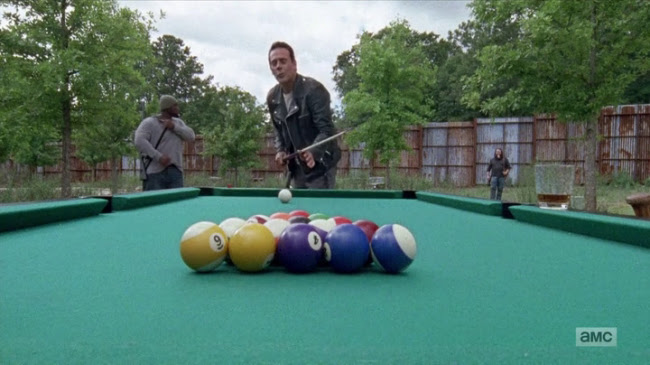 Of course, the centrepiece of the episode is the pool game in the middle of the street. I don't know what happened to the writers in this scene, maybe they were pushing up against a deadline, but let's just list the improbable and damned near impossible things required to make this scene function. 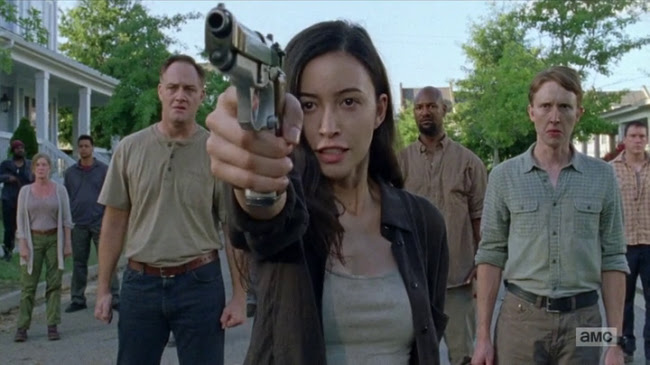 1. People gather around the table in a threatening manner for no apparent reason without being acknowledged by Negan or his people.

3. Negan didn't drop the bat when it was shot by a gun.

4. Negan does not kill Rosita but instead gives her two more reasons to want revenge (killing Olivia and scarring her face).

5. Negan inspects the bullet casing instead of the gun when it was guns his men had confiscated not simply bullets.

6. Negan can recognise a custom made bullet.

7. He assumes Rosita had it custom made and not that it happened to be in the gun when she found it.

8. Negan's still alive despite obviously not having any idea how to use a straight razor. 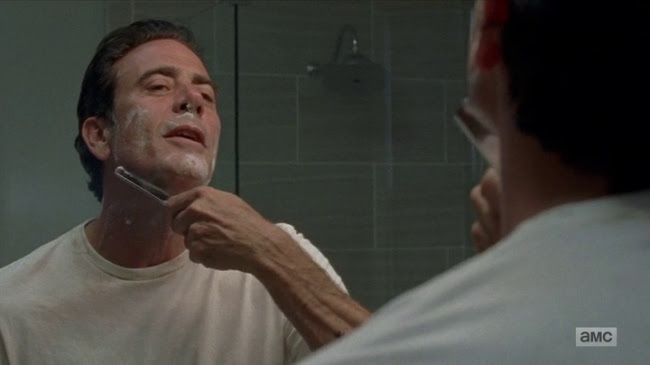 You don't point the edge straight at your skin unless you want to use it to comb your stubble. Okay, that's a nitpick. It's nowhere near as big an issue as the other reasons Negan keeps not dying though now that I'm looking at him as symbolising God in Genesis and Exodus it all at least makes sense thematically if not realistically.

Well, at least Rick is starting to act a little like Rick again.