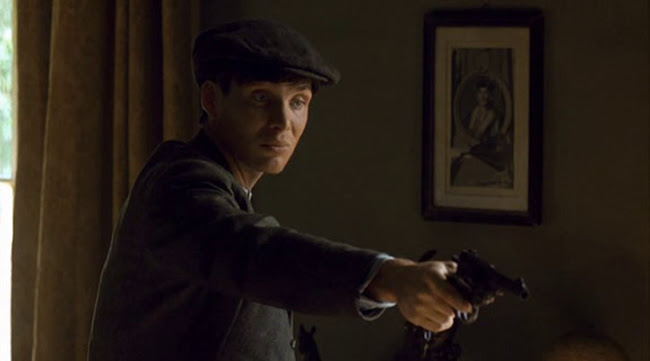 It's remarkable how subtle a point of disagreement can be but yet it'll still escalate to a passion that pits brother against brother. 2006's The Wind that Shakes the Barley shows how a community of friends and family who fought alongside each other in the Irish War of Independence could turn against each other in the subsequent civil war. The film is attractively shot with very good performances. A little too cleanly shot for my taste--surprising given its director, Ken Loach, made the remarkably raw Kes--and possessed of definite bias, it nonetheless evokes a real sense of ideological conflict taken to the point of killing.

Cillian Murphy stars as Damien O'Donovan, a young man who doesn't want to participate in the war, even after British soldiers humiliate and bully he and his friends, killing one, for playing hurley. But he has a change of heart after seeing British soldiers hit a train conductor, Dan, played by Liam Cunningham. 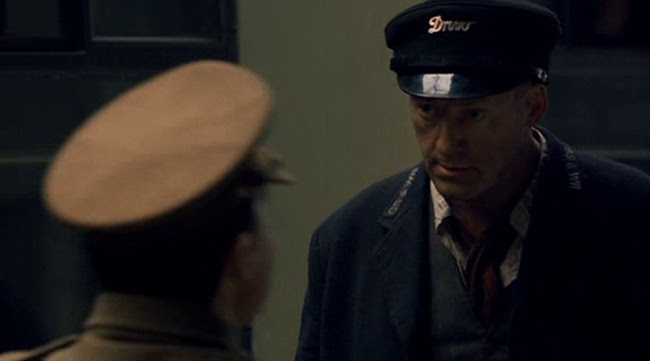 Murphy is very good but Cunningham is the real star of the film for my money, even though he gives a less complex performance than Murphy. The film has a lot of scenes where men sneak around before opening fire on each other as well as dramatic execution scenes but the best scenes are set in a little office where people talk politics. The first of these scenes, set during the War of Independence, finds Dan suddenly in an argument with Teddy O'Donovan (Padraic Delaney), Damien's brother and leader of the Republican forces. 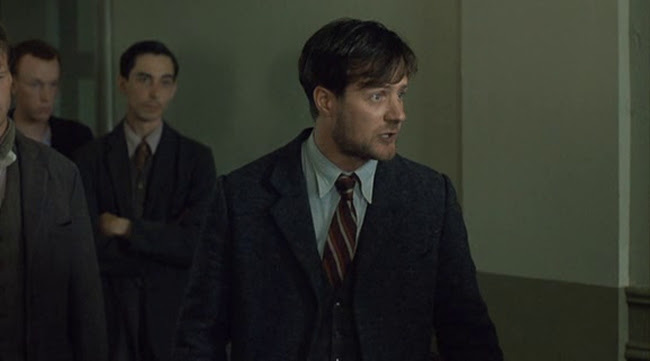 Teddy wants to protect a rich landlord from a fine levied on him by judgement of the Republican court because this landlord is supplying the IRA with weapons. Dan makes the good point that the Republic will never be legitimate if the decisions of its court aren't respected by its military. Teddy makes a fair point that there'll be no republic without arms to protect it but he's no match for Cunningham's sharp glower. 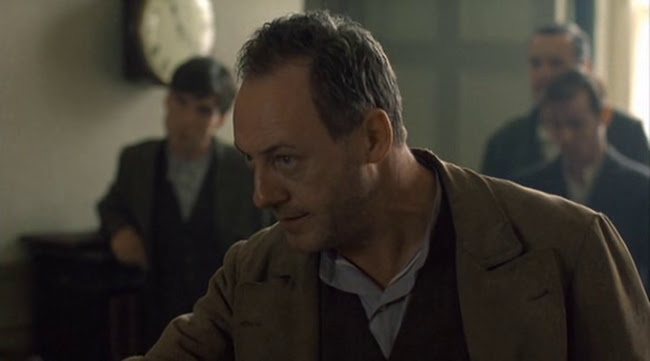 Dan effectively points out to the poorer soldiers on Teddy's side how they're being manipulated by wealthy capitalists.

It's an early fissure, indicative of what'll divide the group after the treaty is signed with Britain that gives Ireland control of its economic affairs but still leaves it under the control of the British Empire. Teddy's of the side that sees this as a step forward in a very long fight, Damien sees it as a defeat for the whole cause. 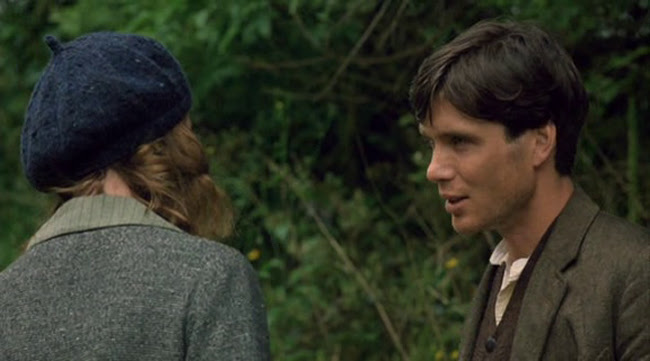 The film is very much on Damien's side, putting all the more charismatic actors on it and making Teddy look foolish and ungrateful. Still, it does show how remarkably intimate the conflict was. It's not cold but it depicts how easily ideas can make neighbours formally declare war on each other.

Posted by Setsuled at 7:50 PM
Email ThisBlogThis!Share to TwitterShare to FacebookShare to Pinterest