As the Purpose of the Land is Forgot 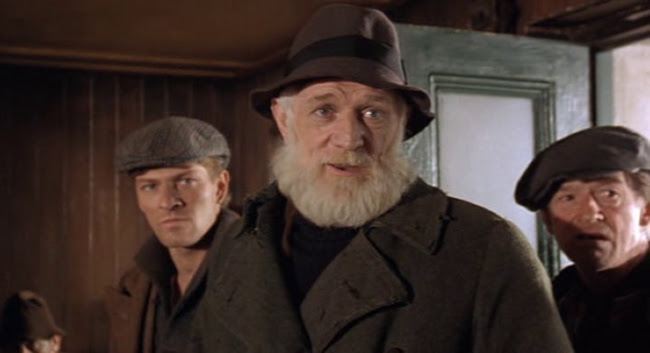 An old man secure in the traditions that bind him to land and community finds his position slowly and cruelly eroded in 1990's The Field. Set in rural Ireland in the early twentieth century, a plot that might seem over the top takes on greater proportions largely due to a magnetic and forceful performance by Richard Harris.

Harris has the central role as Bull McCabe who's rented a field for his livestock. He and his father, we learn, had painstakingly cultivated the field from inhospitably rocky soil. But it's owned by a widow who has decided to sell it at auction and has arranged things so an American (Tom Berenger) with Irish ancestry can buy it to turn it into a factory of some kind.

The film seems like a dark parody of The Quiet Man, which is also about an American with Irish forebears moving back to Ireland and competing with a local in the purchase of a property owned by a widow. The Field reverses the roles of protagonist and antagonist, in the process turning the story from comedy to dramatic commentary on Ireland's relationship with immigration. 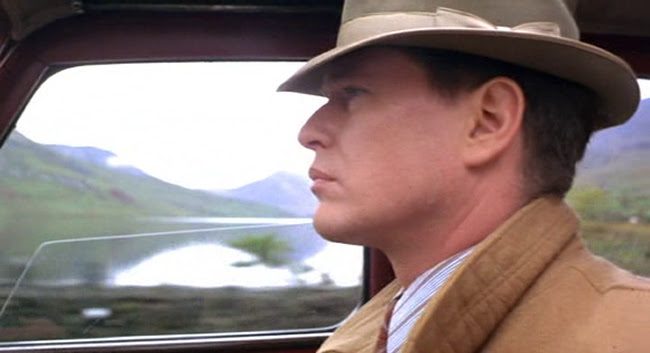 As in The Quiet Man, the local priest is in league with the American. Once Bull figures out what's happening behind the scenes, he confronts the priest (Sean McGinley) and makes his case with soliloquy that's both vulnerable and threatening, discussing his personal history of the land and then condemning all those, like the American's ancestors, who left Ireland in famine and would now come back.

It's a strangely broad perspective for one man to take but it puts all of his personal woes into a wider significance. The film also has impressive performances from John Hurt and Sean Bean--Bean plays Bull's son, Tadgh. He doesn't talk much, making me wonder if Bean had trouble with his Irish accent. He and Bird, Hurt's character, have been secretly pulling pranks on the widow which is apparently why she doesn't want to sell the land to Bull. Tadgh seems devoted to his father out of an insecure guilt but his heart never seems to be in the same place. 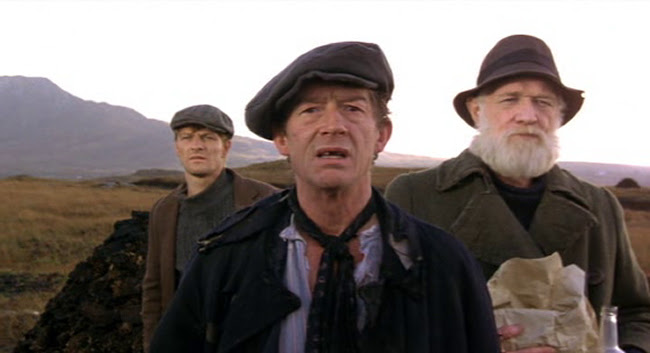 Hurt is delightful and provides some comic relief even as the actions of his character have deadly serious consequences. He's a bit like Jack MacGowran's character in The Quiet Man, a sort of dim-witted lackey for Bull. He provides a few of the components that, without intention, sway the tide away from Bull and his bewilderment and anger throughout the film is really sad and horrible and very effective.

The screw turned up at moon days in the cup.
Aghast, alarm, alack--a bird in blame.
Upturned, out oranges, grapes, and roots from sup.
Apace, in peace, deceased--the world and shame.
A dower filched offends a cakey court.
In arquebus a gutted flame attends.
A sordid dalliance silenced all for sport.
Regrowth of graves purposed for height ascends.
In coral caught in washed colourless lies;
A murder inked the unseen stone at dawn.
No golden cloud the sleepless money buys.
No charcoal storm can rest when grace is gone.
Wet rattling chalk emerged like cork from deep.
Away from shore the stones get small and steep.

Posted by Setsuled at 6:54 PM
Email ThisBlogThis!Share to TwitterShare to FacebookShare to Pinterest