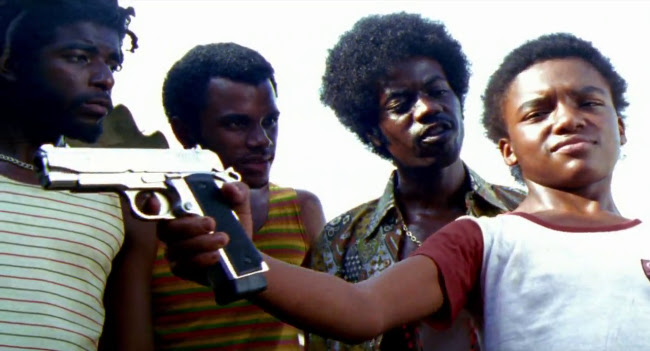 Dominating the city through violence is the dream of nearly every young boy in 2002's City of God. The first half of the film is breezy, casual, and kinetic, very likely influenced by Goodfellas. The last portion of the film is a slightly less effective melodrama. Very loosely based on true events and actually shot in the slums of Rio the film provides an entertaining and disturbing glimpse into the culture of the poor in Brazil.

Most of the actors in the film were non-professionals, cast from the actual slum communities. The film is told from the perspective of Rocket, played by Luis Otavio as a child and Alexandre Rodrigues as an adult, who we learn eventually becomes a professional photographer. We see him flirting with his first crush, dreaming about getting a proper camera, and landing his first big scoop, but his story is an underwhelming detour from the more effective parts of the film focusing on the city's gangster culture. 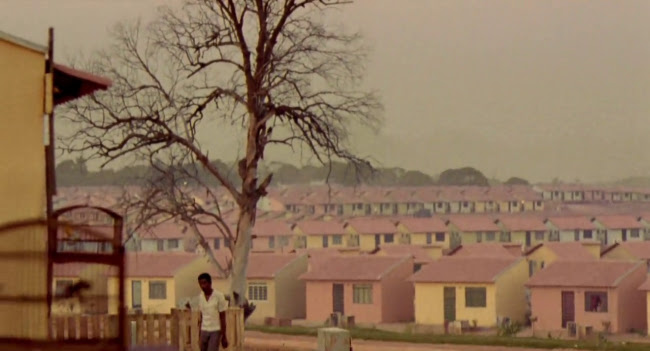 I like the way the first part of the film weaves in the lives of different people from the city, giving brief back stories about an apartment where a woman used to sell pot that gradually evolved to become gang controlled or the story of a proprietor of a small restaurant or a hoodlum named Shaggy (Jonathan Haagensen). In one of the more effective scenes early in the film, he attempts to escape police with his lover, Bernice (Roberta Rodrigues). The scene has an effectively painful tension and disaster. 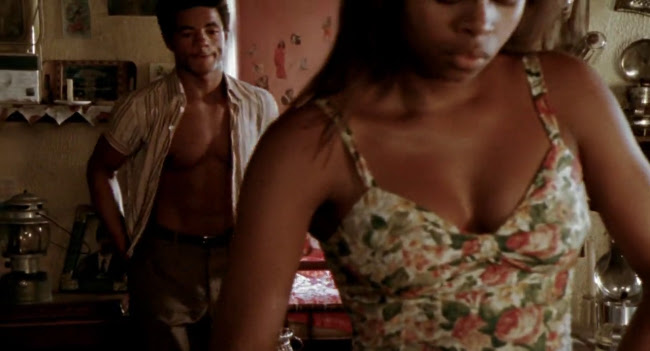 But most of the first part of the film maintains a casually splashy tone. Even the assault on a brothel by three young hoods has more a tone of mischief than massacre. Which is appropriate given how normalised extreme violence is in the community depicted. The film's most interesting character, Li'l Dice (Douglas Silva and Leandro Firmino da Hora), feels nothing but glee when executing people he robs even as a small child. 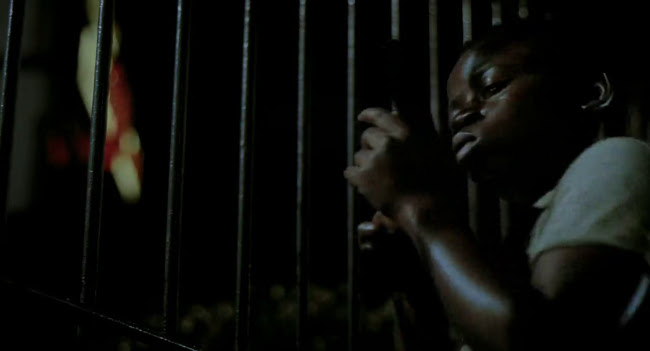 Li'l Dice, Li'l Ze when he's older, is at the centre of the film. With his partner, Benny (Michel de Souza and Phellipe Haagensen), he takes over the town and controls the drug trade. From an early age, Li'l Ze's learned no pleasure but in killing and dominating while Benny is more of a people person. Well liked by the community, he steals the beautiful Angelica (Alice Braga) from Rocket and tells Li'l Ze, who's obsessed with who among their drug connexions might be betraying them, that he needs a girlfriend. But Li'l Ze is incapable of connecting with other human beings and too prideful to learn.

The film has a somewhat annoying colour palette--almost the entire film seems to be shades of blue and orange--and the ending's a bit melodramatic. There's also a hint of mystical morality as every act of violence has a karmic restitution later in the film, sabotaging the sense of realism. But the film has an attractive energy to it and does a great job of creating the impression of a world.

Posted by Setsuled at 8:32 PM
Email ThisBlogThis!Share to TwitterShare to FacebookShare to Pinterest