The Best Form of Defence 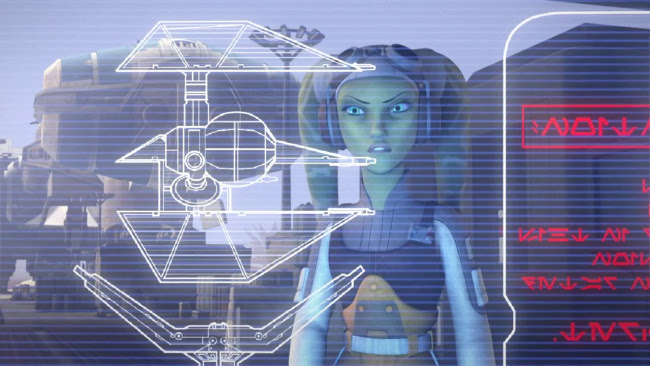 Well, there's no mistaking this homage to TIE Fighter on last night's new Star Wars Rebels--that's a TIE Defender, the highest class of TIE you can get in that great flight simulator from the 90s. I saw a list on some site recently of "good riddance" items from the old Expanded Universe and it included the TIE Defender but, fuck that, the TIE Defender is great. It's got four lasers and two ion cannons and can carry missiles or torpedoes. Plus it has shields. I suppose that means less when we can't actually fly them but I wonder if this stuff on Rebels is hinting at an eventual remastered version of TIE Fighter being released? Well, that's probably too much to hope for. Last night's episode wasn't bad despite featuring a return to Lothal.

Not written by Gary Whitta, surprisingly, the writer for "The Antilles Extraction", the first heavily TIE Fighter influenced episode, "An Inside Man" is the second episode written by the only female writer on the series, Nicole Duboc, the first being "Hera's Heroes". Despite the fact that her background is mainly children's shows, she does an impressive job of making the Empire, and Thrawn in particular, seem more dangerous and cunning than they have in previous episodes. 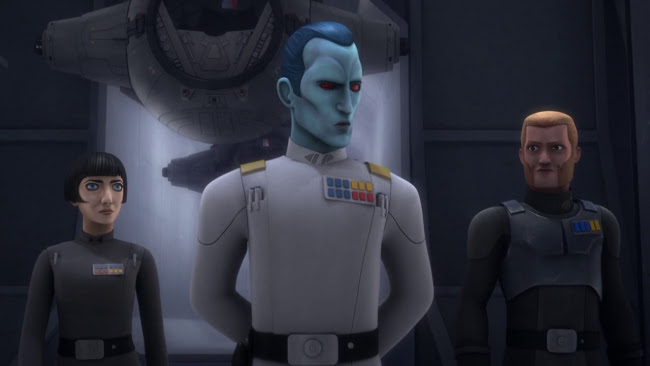 Thrawn forcing workers to kill themselves on faulty machinery is much darker than I thought Disney would let the show go but I'm glad it did. Now if only they'd kill Ezra or turn him to the Dark Side. The introduction of the Imperial defector, whose identity was pretty much given away in "The Antilles Extraction", adds another nice bit of moral complication. 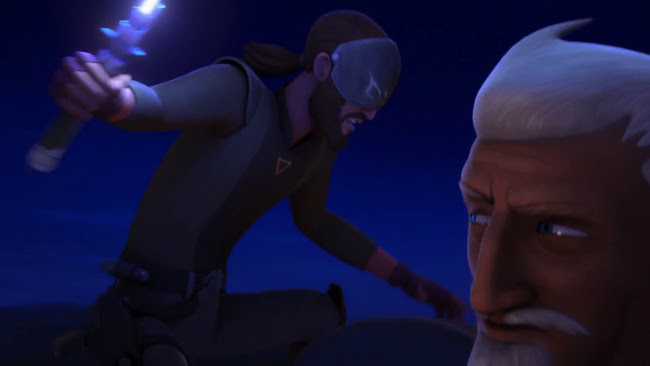 This is not a time for Star Wars to default to an airless battle of good versus evil. It's useful, when people ask why would anyone vote for Trump, to be able point to the people who voted for Palpatine. Steve Bannon has even compared himself to a Sith lord in an interview.

"Darkness is good," says Bannon, who amid the suits surrounding him at Trump Tower, looks like a graduate student in his T-shirt, open button-down and tatty blue blazer — albeit a 62-year-old graduate student. "Dick Cheney. Darth Vader. Satan. That's power. It only helps us when they" — I believe by "they" he means liberals and the media, already promoting calls for his ouster — "get it wrong. When they're blind to who we are and what we're doing."

What is he saying people get wrong? That people say he's a villain and he's really not? Is he saying if people were on his side they'd get in his way? Does this knucklehead even know what he's saying?

His analogy does make sense in terms of the Sith being interested in created order in the galaxy by enforcing absolute control. That was Anakin's argument in Episode II and similar to the argument in Empire Strikes Back he gives to Luke. That is the kind of governance that Trump and his people have continually hinted at.

The received opinion on the prequels is still that they're worthless but I can't help thinking of Padme's line, "This is how liberty dies . . . with thunderous applause." Based on the comments on this YouTube clip, I see I'm not the only one to make that connexion. 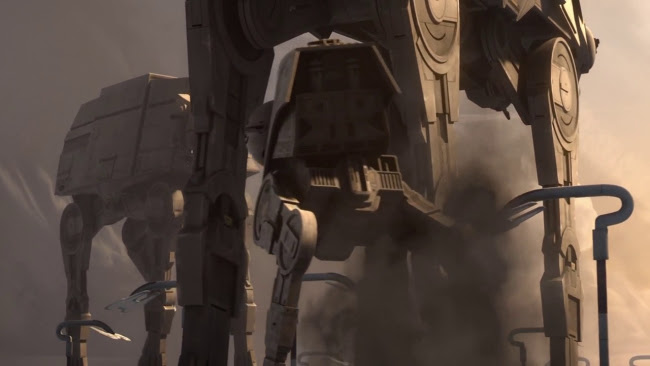 "An Inside Man" also ended with a decent action sequence involving Imperial walkers though it relied on an inexplicable design flaw. Why don't these big things have lasers mounted on their sides or maybe even underbelly, like the turrets on the Millennium Falcon?