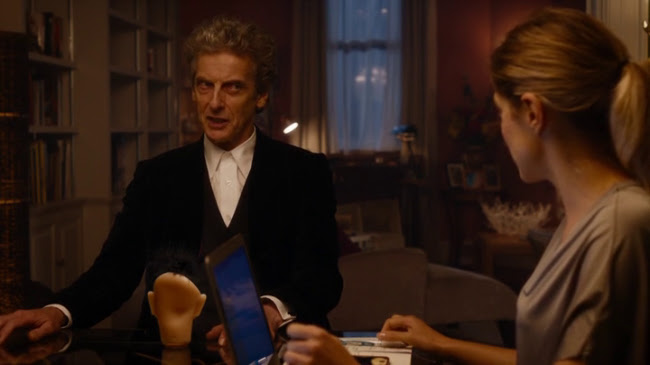 The trailers really hadn't whetted my appetite for the Doctor Who Christmas special this year. "The Return of Doctor Mysterio" looked to be a dopey homage to superheroes, which is what it turned out to be, but somehow it was a lot more enjoyable than I thought it would be. 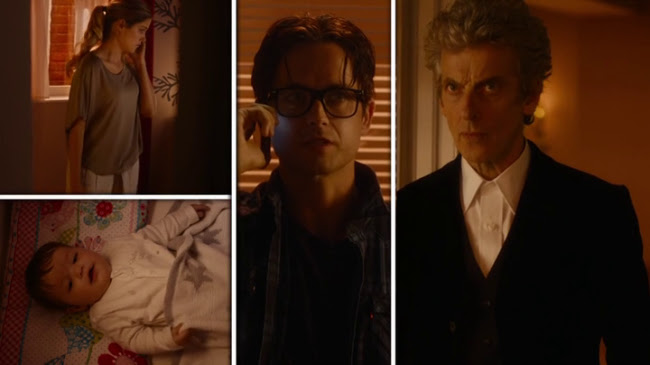 What I liked was that it was a homage to a kind of superhero story we don't get anymore, in fact it felt very much felt like a back door pilot to a new Lois and Clark series, something inspired by the Richard Donner Superman movies, as much about the romantic comedy as about saving the world. There's a vestigial bit of that in the first two Iron Man movies but generally the romance in Superhero films, when it's present, is more about the villain plot than about the relationship itself--the love interest is there to be imperilled and saved or to assist. "The Return of Doctor Mysterio" about a superhero called The Ghost, or Grant Gordon (Justin Chatwin) and is a fairly adorable story about a man who works as a nanny for a single mother reporter named Lucy Fletcher (Charity Wakefield). She doesn't know he's been in love with her since grade school or that he's secretly The Ghost. 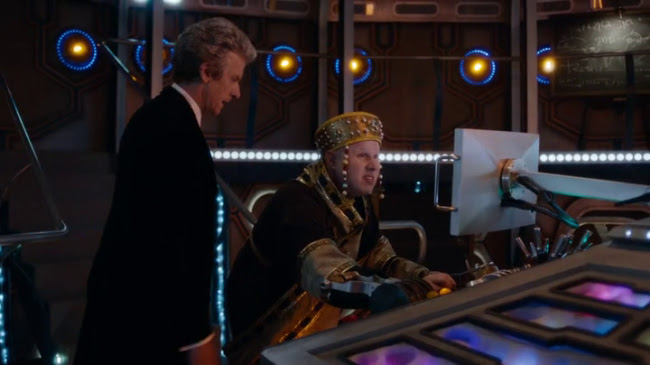 This plot and the much more Doctor Who-sh/surprisingly Lovecraftian plot about alien brains taking over world leaders barely seem to relate to each other, it almost feels like two entirely different scripts grafted together. But it works well enough, I liked subtle call backs to last year's Christmas special--you know, the previous episode of Doctor Who--and Matt Lucas is great as a temporary companion. I wonder if the genre jumping here is a sign of Steven Moffat being sick of writing Doctor Who. I really hope Peter Capaldi stays for at least the first season when Chris Chibnall takes over the show. I'm not a Moffat hater but I'd like to see what Capaldi would do with a fresh showrunner.

Posted by Setsuled at 6:27 PM
Email ThisBlogThis!Share to TwitterShare to FacebookShare to Pinterest