Boots to Clean and Boots to Kiss 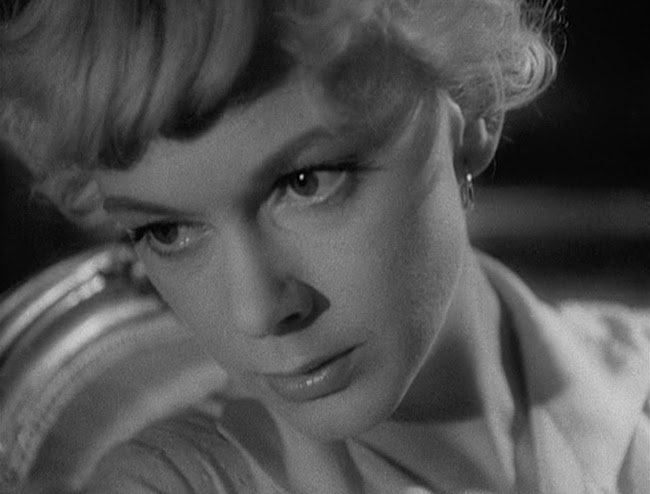 When discussing class mobility, issues of gender and psychological reprogramming are not often prioritised. But they're integral to 1951's Miss Julie and the 1888 August Stringberg play on which it is based. The film liberally adds scenes and characters but presents most of the dialogue and events of the play intact. There's a misogyny in the story which the film plays up and yet there's undeniable insight in its portrayal of human beings desperately struggling with the identities they've constructed for themselves since childhood. And the film is gorgeously shot. 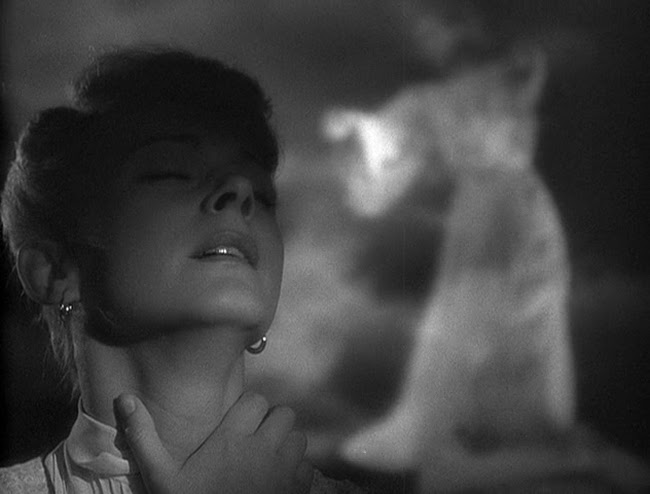 The play is set entirely in the kitchen of a wealthy count's estate but the movie ranges all over the property during the midsummer festivities in which the servants abandon restraint in wild, drunken celebrations. In this context, Miss Julie (Anita Bjork), a beautiful young woman and daughter of the Count, flirts with the valet, Jean (Ulf Palme). 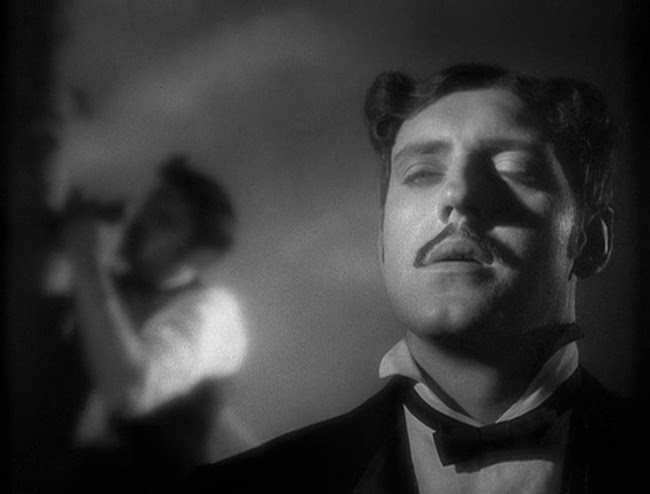 In a wonderfully shot sequence, the two describe their dreams to each other. Julie describes being somewhere high not knowing how to get down and Jean describes desperately trying to climb a tree to reach the highest branch. It's not hard to relate these dreams to their waking life. In both the play and the movie, Jean tells Julie about his crush on her when they were children and the film actually shows the scene he describes of going to church just to gaze on her. 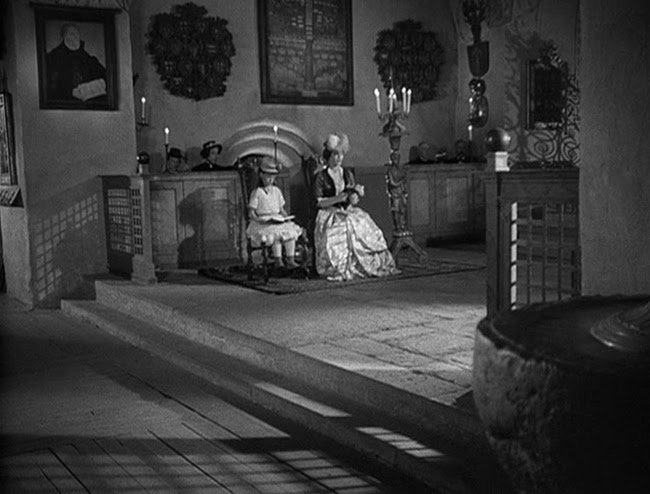 The film creates a scene where Jean, as a child, is running from a governess and hides in a beautiful latrine. When she approaches the latrine, he tells Julie there was only one way out for him--crawling out through the human waste. That's a scene that certainly couldn't have been shot in 1951 Hollywood. It pretty garishly emphasises the position Jean's born into. I almost think it's over the top. 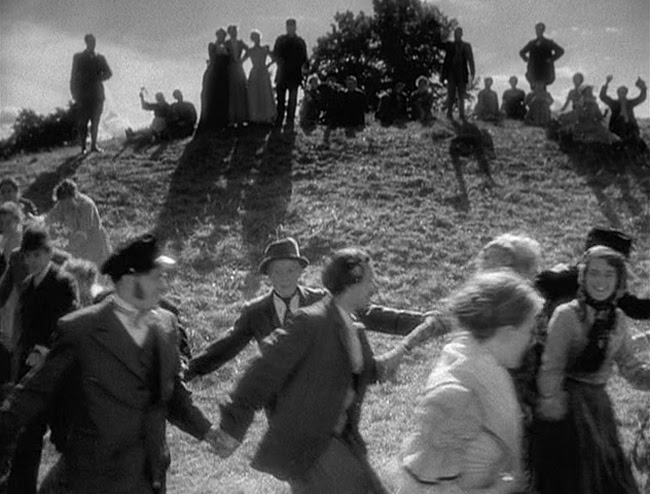 As in the play, the midsummer revellers barge into the kitchen, forcing Jean and Julie to hide in his room where they have sex. Their discussions for the rest of the play involve their competing attempts to convert their idle dreams into a workable plan for their future and requires both to talk at length about experiences that formed their personae. 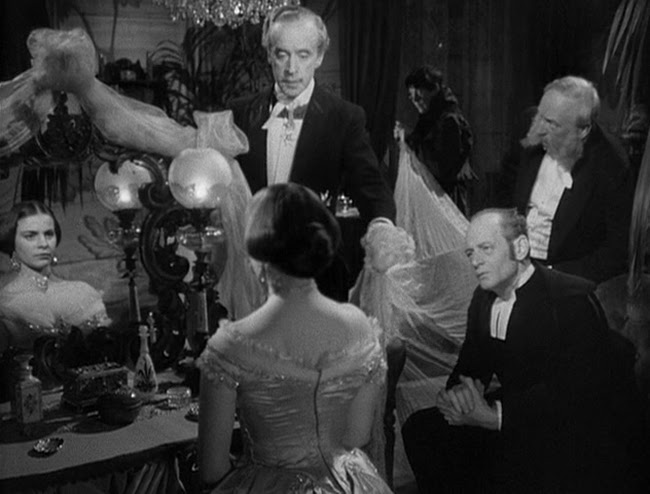 Julie describes a truly strange childhood environment. Her mother (Lissi Alandh) is a sexual revolutionary depicted as maniacally malevolent in contrast to a gentle, long suffering Count (Anders Henrikson). Julie's mother initiates gender swap experiments in the film in which all the male servants are forced to do jobs normally reserved for women, like spinning thread, and the women are given the men's jobs, like moving a cart of hay out of a ditch. The movie shows the servants being awkward and failing at their swapped jobs while Julie is forced to dress as a boy and is punished for trying to play with her doll. 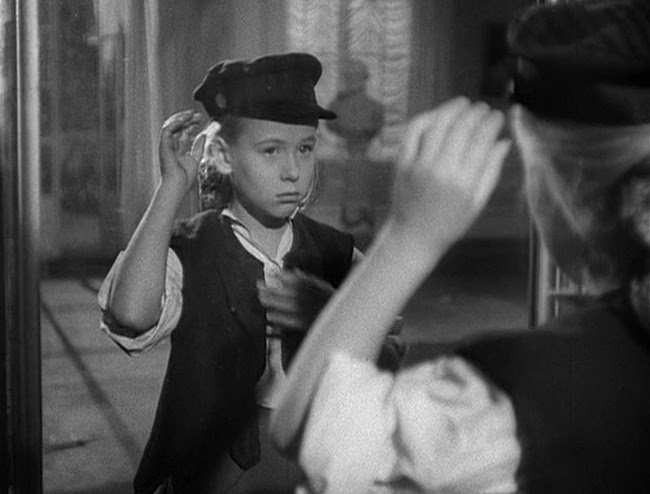 The play isn't this broad but there is definitely a sense that Julie is psychologically damaged by being "half-male". On the one hand, this seems to suggest there's something inherently wrong with Julie or her mother coveting control over their lives, on the other it's natural for the experience of atypical gender behaviour to be traumatic and awkward in such a solidly patriarchal institution of the 19th century aristocratic home. 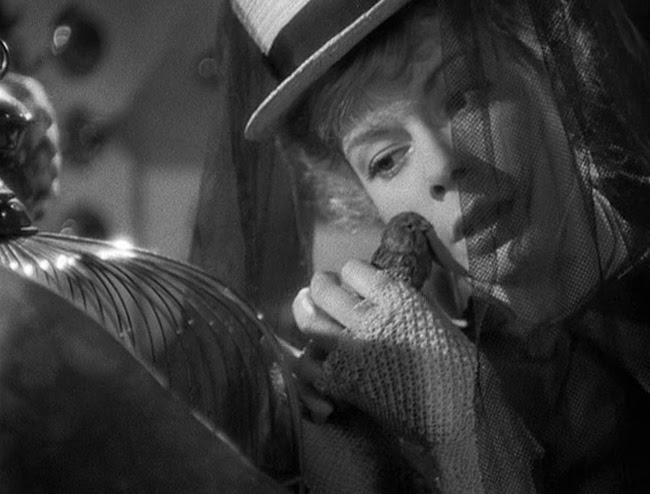 My favourite scene in the play and the film involves Julie's bird which she wants to take with them when she and Jean flee for their pipe dream of running a hotel in Switzerland. Jean's response is a brutal attempt at showing Julie the reality of life and yet it's needlessly cruel, a reflection of Jean's own delusions.

Perhaps the biggest difference between the play and film is that the Count is never physically present in the play. He only appears in flashbacks and in locations apart from the principle characters in the film version but, particularly since director and screenwriter Alf Sjoberg deliberately makes him seem so gentle and kind, he loses the status of living social construct which he presents in the play. Even in his absence, his presence haunts the play in the form of his boots and the servant's bell, always there like Pavlov's to awaken deeply ingrained responses from personae more durable than people.