Cursed by the Plot Gods to Eternal Life 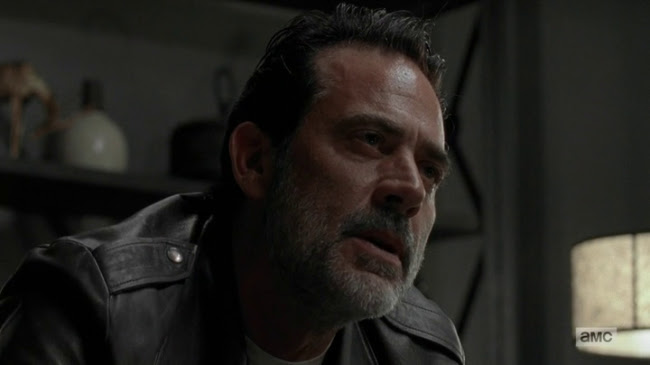 It must be so lonely being Negan on The Walking Dead. No-one's even good at pretending to like him and no matter what happens he can't die. Maybe that's why he always has that increasingly strained, phoney enthusiasm. He's like a vampire whose supernatural power is the invisible plot shield. Once again, The Walking Dead took us in all sincerity to where only parodies have dared to go in terms of flamboyant, inexplicably resilient villains. 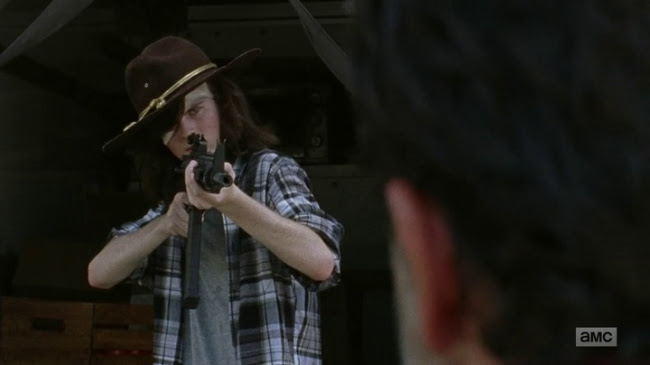 Carl risks everything to go on an assassination mission. Carl has the target of his mission in his sights. Carl doesn't shoot. He kills a bunch of other guys but not Negan. I want to shake this kid.

So, maybe because of the loneliness, Negan treats Carl like a kid brother and shows him around. He even shows him his harem of women who all seem to burn with undisguised resentment towards him. 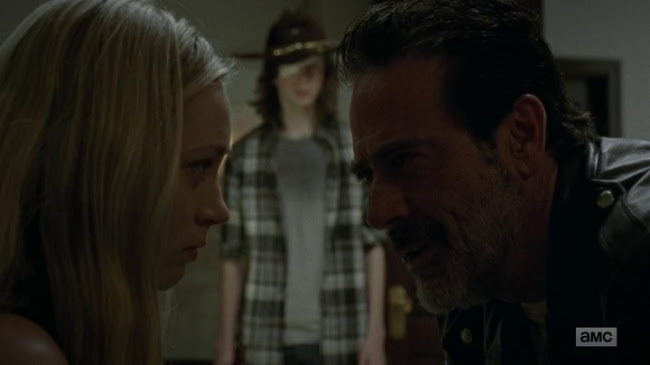 The weird, implausible philosophy of sexual abuse continues. All of these women are supposedly with him voluntarily. But this seems to be an openly acknowledged lie. Dwight seems to like him less and less, the women don't like him, his lackeys seem afraid of him at best, and he walks around armed with only a baseball bat. Well, how many ways can I say this is silly? Jeffrey Dean Morgan's gone from playing the Comedian to Cesar Romero's Joker. 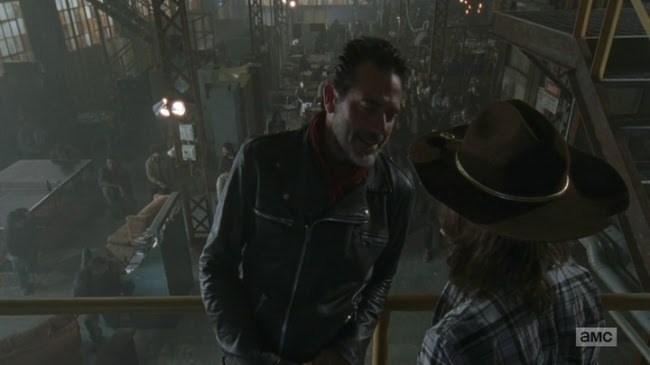 I can dig the camp stuff when it's a tiger or some Amazons. I guess the baseball bat is kind of appropriately Big. Maybe if Negan wore a baseball uniform and a mask and started calling himself the Slugger. 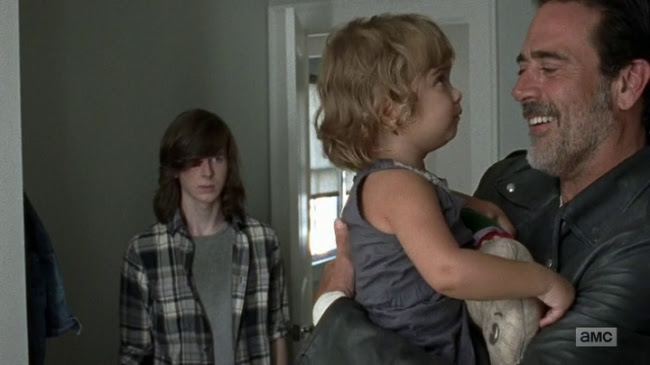 Did Judith have a growth spurt? I'm so lost on the time scale. 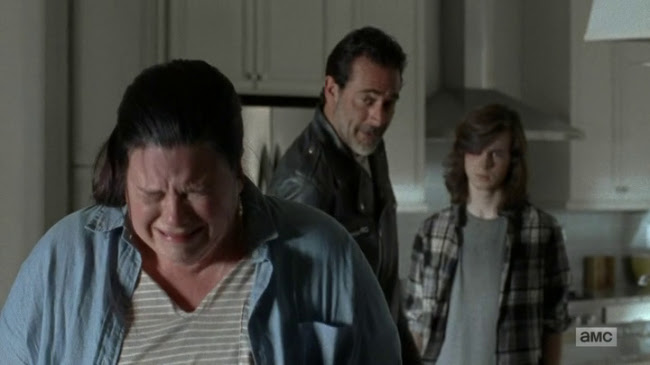 I will say Negan had a point with Olivia. I'd disapprove of his intimidating her if the scenes were played with any sense of reality but as rude as it is to point out that the fat woman is complaining about starving, this is the same point I made about Samwell on Game of Thrones. Unlike Negan, I fully support people accepting their bodies and I don't want everyone to have washboard abs, gods know I certainly don't. But nothing comes from nothing, that fat had to come from somewhere. Yet somehow I doubt there'll be a subplot about Olivia stealing rations.

I like that Gabriel seems to have grown a spine. I liked him putting Spencer in his place. The cowardly, petty priest character is too much of a cliche at this point.

When Negan asked Carl to sing I was bitterly disappointed he didn't sing this;