A Cushing to Remember 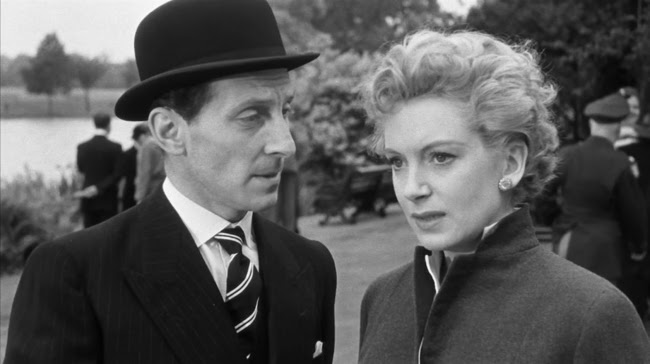 Throughout his career, Peter Cushing has been under-appreciated. Even as far back as 1955's The End of the Affair, Deborah Kerr cheats on him with a petulant, blundering Van Johnson. But the film is nicely shot and a broadly melodramatic plot leads to a surprising commentary on religious faith.

Johnson plays Maurice Bendrix, an American writer in London during World War II. At a party at the home of MP Henry Miles (Cushing) he first meets Kerr's character, Sarah, Henry's wife. He catches a glimpse of her kissing another man on the lips which provokes Maurice to try it himself later when the two get a drink together. 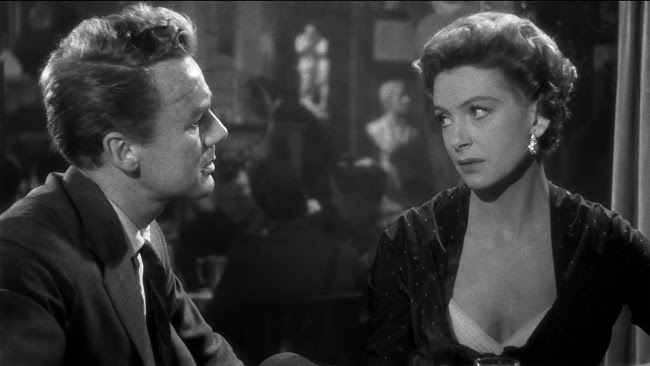 The movie doesn't make it clear right away why Sarah is so comfortable with cheating on Henry. Maurice knows he's not her first affair and he's able to tease her about it at first but becomes vehemently possessive before long. We see their relationship advance through a few scenes without getting a concrete idea of how much time is passing so maybe the deepening of Maurice's feelings is more realistic than it seems. But it can't help but come off as a bit silly when Sarah's reaction generally seems to be stunned incredulity with a mild hint of impatience. That's how it seems, anyway. 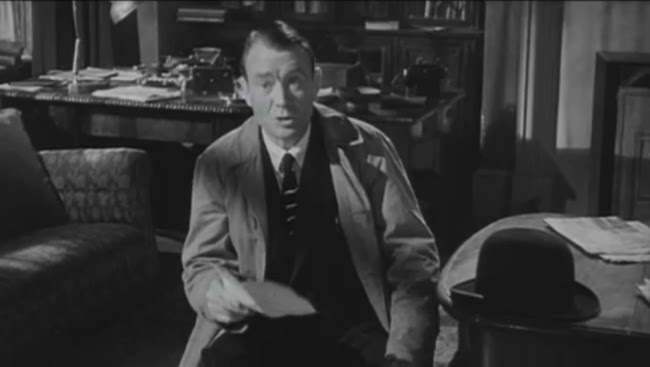 Even though Cushing plays one point on the film's central love triangle, he gets fourth billing, behind John Mills who puts on a cockney accent to play a detective's assistant in only a couple of scenes. When we learn Sarah's real motivation for wanting to put some space between herself and Maurice, her lack of consideration for Henry becomes even more inexplicable. This was before Cushing's breakout role in Hammer's version of Frankenstein which explains the billing and the unusual casting. There's nothing of Victor Frankenstein, Abraham Van Helsing, Sherlock Holmes, or Grand Moff Tarkin in Henry Miles whose gentle nature is only the tip of the iceberg. Despite his prominent government position, he's a man with deep emotional vulnerability who seems genuinely devoted to Sarah. 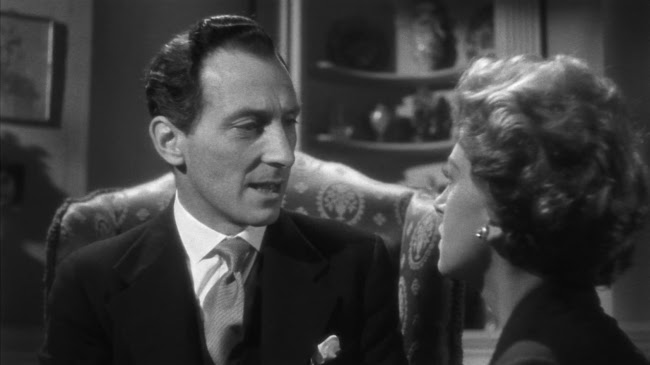 When she refers to love she shares with Maurice as more "human", one can only think she can't tolerate fidelity to Henry because of a lack of physical gratification--dialogue makes it clear without saying it directly that he's sterile and they probably never have sex. One can understand why Sarah would be sexually dissatisfied but, still, it's not exactly poor Henry's fault. I found the plot actually made a lot more sense if read as a coded homosexual relationship, where Kerr's character must indulge in a same sex relationship in secret while maintaining a heterosexual marriage for the sake of her reputation. Otherwise it's very hard to see her relationship with Maurice as more than a cruel cosmic joke on Henry. 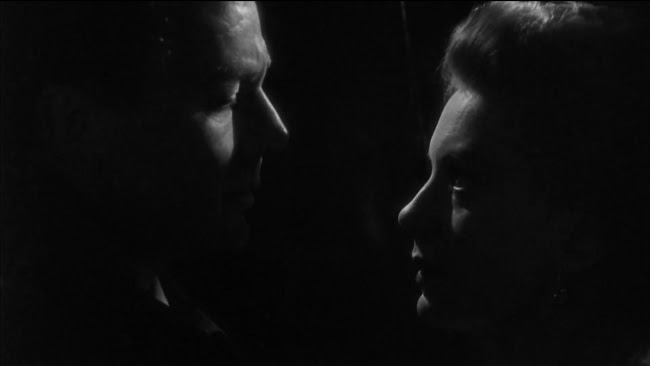 The film becomes an interesting if not terribly sophisticated dialogue on faith as Sarah begins visiting with a Catholic priest and an atheist separately to try to figure out the meaning in making a promise to God. The argument becomes pretty shallow when the stakes are so obviously contrived even before taking into account that Van Johnson is thoroughly unappealing. But Deborah Kerr gives a great performance as always and I found myself captivated when the film switched to her point of view. Still, how could she think of leaving Peter Cushing? 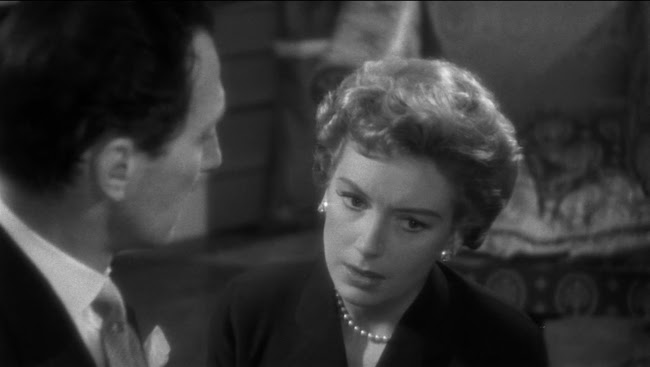