The Last of Twelve 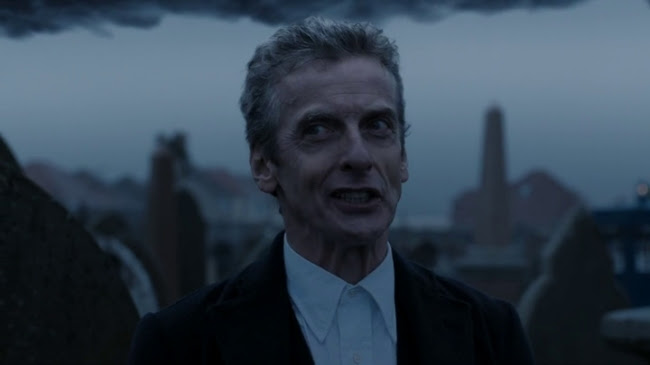 It was announced yesterday that Peter Capaldi's upcoming season on Doctor Who will be his last, something I suspected would be the case but I really hoped it wouldn't be. My favourite Doctor of the show since its 2005 relanch, it seems unfair to get him only in the period when Steven Moffat's creative energies seem to have been strained past capacity. I generally didn't like Chris Chibnall's Doctor Who episodes but liked Broadchurch enough to want to see what Capaldi would be like on the show under his stewardship. At the same time, as much as I like Eccleston and Smith, it's only been Tennant and Capaldi that have made me excited to see what projects they might take on next. Before Doctor Who, Capaldi was already well known for The Thick of It and was an important part of the wonderful Local Hero. For a lot of Doctors, no matter how brilliant they are, I kind of don't want to see them in other roles. When Tom Baker shows up as the Bendu on Star Wars Rebels I want him secretly to be the Doctor.

So who should play the Doctor next? If I had to guess who's most likely to be the pick, my money would be on Eddie Redmayne who's publicly expressed the desire to play the Doctor and he's exactly the type the BBC probably want--a handsome young man. And he's a good actor, I'd tune in for his Doctor. But if I had my druthers, I'm one of the people who'd love to see a female Doctor, my favourite candidate, like a lot of people, being Helen Mirren. Though I'd also nominate Lara Pulver, maybe Laura Fraser. Male or female, as much as I like Sylvestor McCoy and Matt Smith, I sort of feel like the Doctor should have a large nose.

It's not going to happen, of course, despite the fact that it seems to be what most of the fans want. Steven Moffat at Comic-Con made it clear it's what he wants but hinted that other forces were preventing it--I read the other forces as being the BBC. Just like everyone wanted a Madame Vastra and Jenny spin-off but we got that stupid Class show instead. The people in charge of Doctor Who seem to be playing for the audience they want to have rather than the audience they have.

A pebble amplified's a rumble note.
Beneath a veil of web the nose was gone.
Too late, the cheese was made from milk of goat.
A hasty sketch'll void a yellow dawn.
An echo doubled int'rest crushed the eye.
Again a speedy tale to bins of fish.
A worried tail appraised the sickened pie.
A silent ring denounced a spoiled dish.
A brick was lead by brick in steady trot.
The dice worn smooth with sweat grew faint and slept.
An eye reduced through space to silver dot.
In velvet songs the seeds of lint are kept.
The quicker 'lectric etching street has logged
A bilious screaming panel through the fog.

Posted by Setsuled at 6:06 PM
Email ThisBlogThis!Share to TwitterShare to FacebookShare to Pinterest