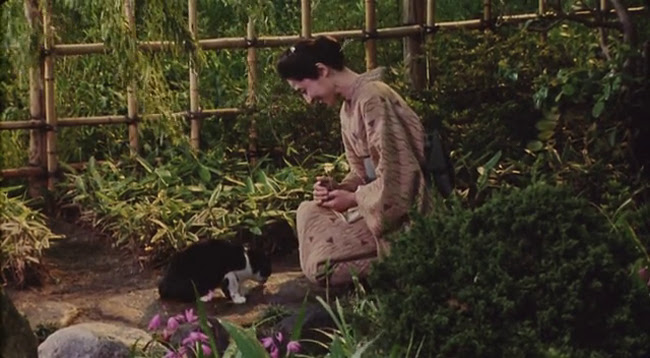 As war comes and goes, as houses fall and are rebuilt, a group of people throughout their lives find themselves focused on a simple hearted professor whose biggest trauma seems to be the loss of his cat. 1993's Madadayo (まあだだよ), the final film of Akira Kurosawa, is a gentle and beautiful story of death and compassion. 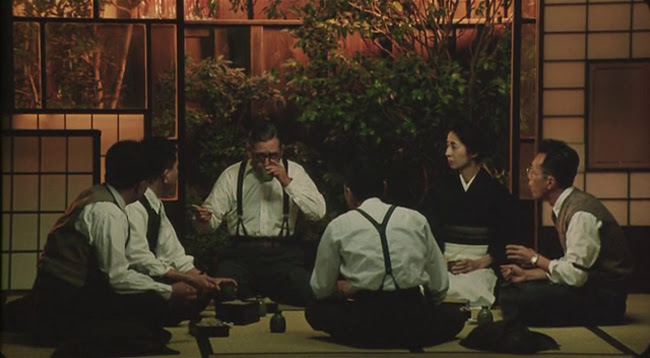 Based on the life of Hyakken Uchida, a professor and author, Madadayo begins with Uchida's (Tatsuo Matsumura) retirement as a professor of German. His students, who all seem to adore and idolise him, visit him every year. They have an annual party and eventually the students bring their children and grand children. On each occasion, the students together ask him if he is ready, implicitly to die, and he replies, "Madadayo!" or "Not yet!" and drinks an enormous glass of beer in one go. 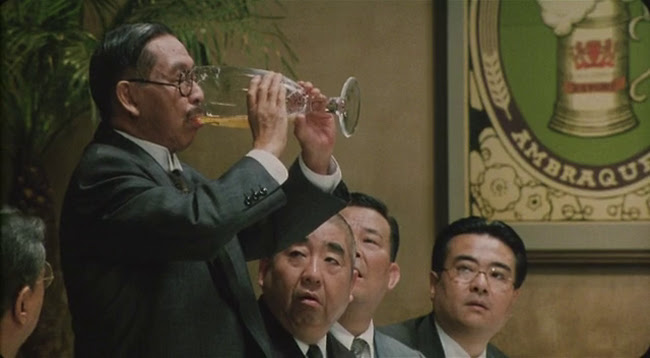 Why do the students love him so much? Uchida, obviously a respected professional, is also strangely childlike. After he moves into a large new home and hears there are burglars in the neighbourhood, his students are delighted to find he's constructed a special "burglar's entrance" and has left some food out for them. When the house is destroyed by bombing during World War II, Uchida and his wife (Kyoko Kagawa) are forced to live in a tiny shack but he seems to take it all in stride. 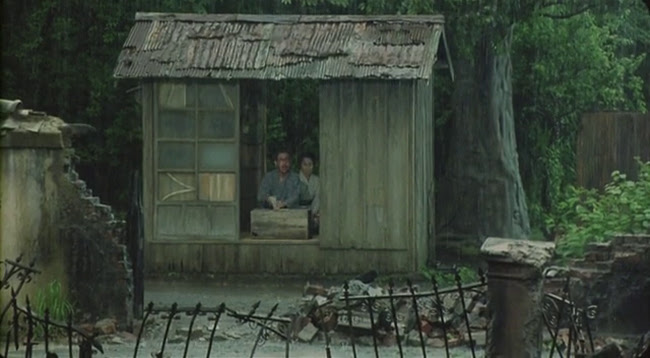 The biggest source of tension in the film is the loss of a stray cat named Nora after Uchida and his wife have moved into a new home. The initial scene involving the cat shows that at this late date Kurosawa had lost none of his virtuosity. Like the long opening scene of High and Low, it appears to have been one long take shot with multiple cameras. The cat wanders among a group of the students as they visit Uchida in his home. During this, visitors come to the door--a group of cutthroat property developers--the sort Kurosawa made villains in The Bad Sleep Well or Ikiru--and the owner of the lot next door. This owner, despite not knowing Professor Uchida very well, suddenly finds it unthinkable to sell the property to these men who talk about constructing tall buildings that will block the view from Uchida's garden. All the while, the continuity of the cat wandering about shows clearly that Kurosawa is using a single take. And every shot has the characteristic flattened perspective quality of the telephoto lenses Kurosawa loved to use. 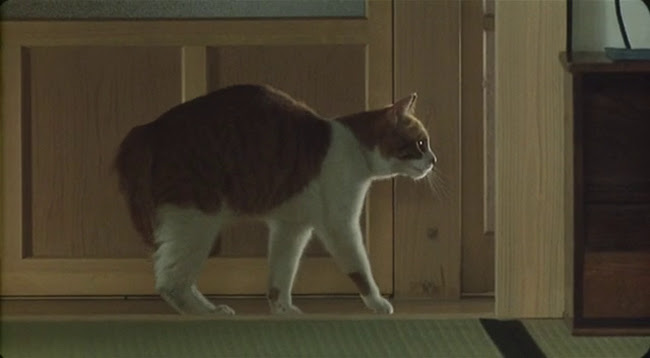 It's only when the cat disappears that Uchida seems to experience deep emotional pain. He does everything trying to find the cat--handing out flyers and putting notices in the newspaper and the viewer can't help being drawn in. Somehow with this story Kurosawa manages to distil the basic sense of compassion between living things to a pure level. When one thinks about a Kurosawa film about death, one is more likely to think of his great 1952 film Ikiru, which is a much more energetic film about fighting and asserting for oneself a meaningful existence in the face of impending death. It's a much younger man's film for this and it stands in contrast to Ozu's great film Tokyo Story released the following year which is an acknowledgement of the inescapably unfair nature of death and how the dead inevitably pass totally from the lives of their loved ones. In his last films, Kursawa's style became more like Ozu or Naruse but the perspective on death in Madadayo is much more hopeful than what Ozu offered. 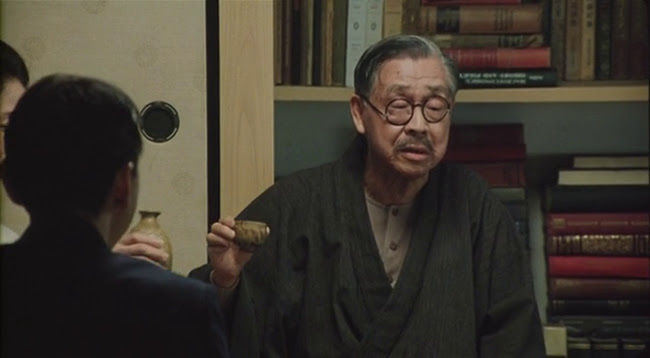 In a story of a professor loved by his students and their descendants, one is compelled to think of Kurosawa's despair in the 70s when he attempted suicide partly because of the lack of respect and love he felt in Japan from the new generation of filmmakers. Maybe one can never have their emotional needs fully met but by the early 90s Kurosawa seems to have found some consolation in crafting a beautiful fantasy.

Posted by Setsuled at 2:13 PM
Email ThisBlogThis!Share to TwitterShare to FacebookShare to Pinterest