A Saw to See 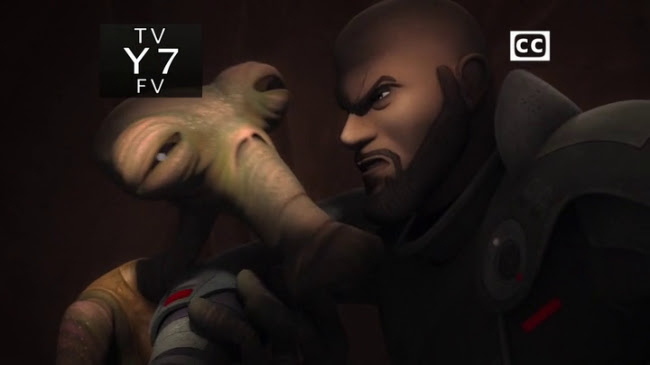 The routine stunt casting on Star Wars: Rebels has finally been able to draw from something Disney created. Well, Saw Gerrera was introduced on Clone Wars, back when George Lucas owned the company, but the man on Saturday's new Rebels, the two part "Ghosts of Geonosis", was clearly the Rogue One version, even voiced by Forest Whitaker, and the episode provides a satisfying bridge between the prequels era stories and Rogue One.

I often find myself thinking Rebels would be great if it weren't for its main characters. I won't exhaust normal readers of my blog by going over all my complaints about the Bible Name Boys, Kanan and Ezra, but I'll just add at this point that with Rogue One decisively proving you can have a good Star Wars story without Jedi the two sabre wielding leads feel even more stale, as they have from their inception. 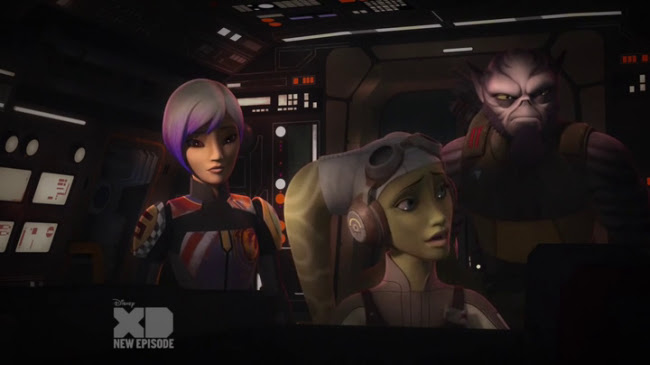 I do really like Hera and I like that she got a reference in Rogue One. I think she benefits from not having the grand destiny of Jedi and her character seems to have evolved more organically. Vanessa Marshall's performance is a big part of what makes Hera work so well, too. By contrast, Tiya Sircar as Sabine continues to be flat and dull, though I figured out watching "Ghosts of Geonosis" that she's meant to be the Star Wars version of Tinkerbell, making her the ultimate symbol of Disney's purchase of Lucasfilm. 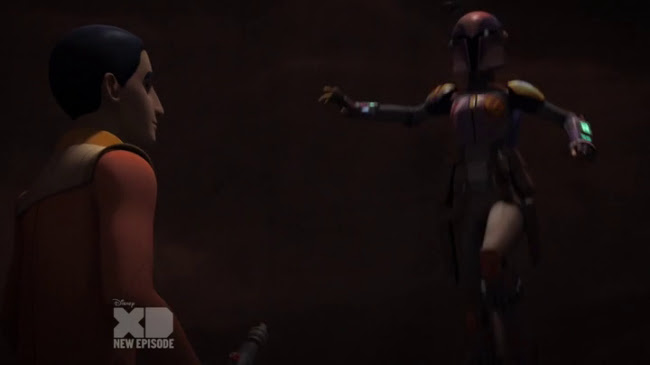 Ezra nearly pisses himself in admiration of Sabine's aerial acrobatics and she is pretty cool with that jetpack. Much more graceful in her animations than other characters we've seen using jet packs. I only wish she didn't have Sabine's voice actress and that condescendingly conceived faux-indie artist personality. 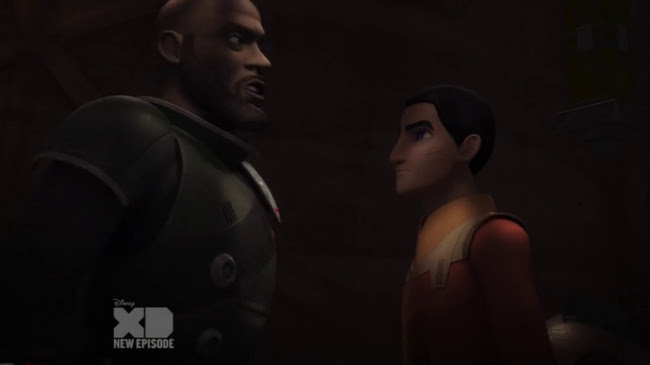 But obviously the centrepiece of the episode is Saw Gerrera. It's weird how I persist in mishearing his name as "Saul". I can't blame Disney for this biblical reference, though, since Lucas created the character. Saw is kind of an awkward name. I saw Saw sawing saws on the see-saw. Eating coleslaw. Okay.

Forest Whitaker is really good in the episode and he made good use of the opportunity to further develop his character. One of the dumbest criticisms of Rogue One is of Whitaker's performance--people complain about his vocal mannerism, apparently not understanding, despite that conspicuous breathing apparatus, that his voice is affected by lung damage. His damaged body and breath seemed to me a consciously drawn parallel with Darth Vader, the hero whose body is becoming more machine than man as his ethics are corrupted. In "Ghosts of Geonosis", he hasn't lost as many limbs yet and his voice is much clearer, though you can hear the beginnings of a respiratory problem in his faintly wheezing laugh. The episode also helped further establish the character as someone who plays meaner than most other fighters in the Alliance, even though he still, in the end, has a clear understanding of the cause. 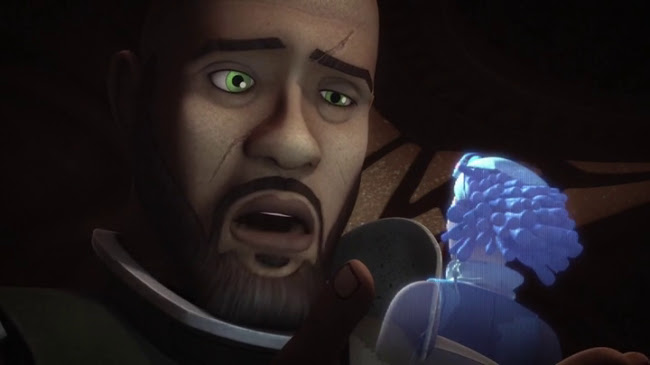 The references to his sister were good, furthering the connexion to Clone Wars. Dave Filoni co-wrote the "Ghosts of Geonosis" two parter--despite being generally considered the primary creative force behind Clone Wars and Rebels he rarely takes a writing credit. Aside from some annoying moral uprightness from Ezra--this would have been a good time for him to explore the Dark Side a little with Saw--the episode's decently written. The completist in me also likes that the episode ties the Death Star plot from Attack of the Clones to the one in Rogue One. Attack of the Clones has rightfully attained the reputation as worst Star Wars movie but Geonosis can be a very cool location, as demonstrated on some of the best early arcs on Clone Wars.

Posted by Setsuled at 2:05 PM
Email ThisBlogThis!Share to TwitterShare to FacebookShare to Pinterest