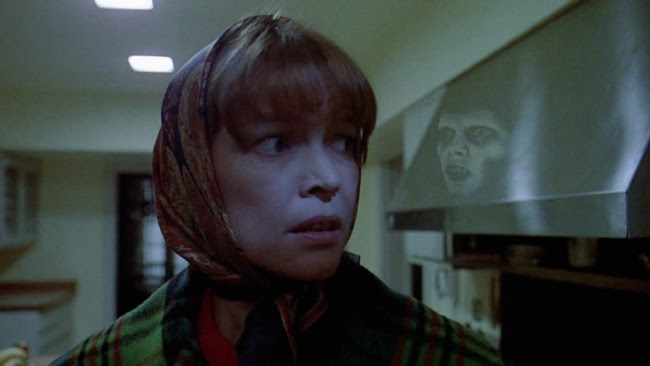 Always lurking behind human institutions, relationships, and priorities is the idea that it could all be meaningless, all just a pose, and our attachments are nothing more than sentimental constructs. This is the horror inherent in 1973's The Exorcist, a film with a demoniac antagonist whose persistent mission is to mock and undermine everything from a mother's relationship with her daughter to the configuration of the human body. It's a film put together with really effective sensitivity to atmosphere and character.

I've heard people say you need to be religious, preferably Catholic, to appreciate The Exorcist. Maybe that's why atheist Stanley Kubrick turned down the opportunity to direct it. Maybe that's why the first time I saw it, almost twenty years ago, it had no effect on me at all, I'm sad to say. And I was able to see it in a theatre because it was a re-release for the director's cut. I've become more receptive to horror as I've grown older and my imagination has broadened to appreciate more of the emotional undercurrents. I still consider myself an agnostic as I always have but I think I've also benefited from not seeing religion as ridiculous as I used to. 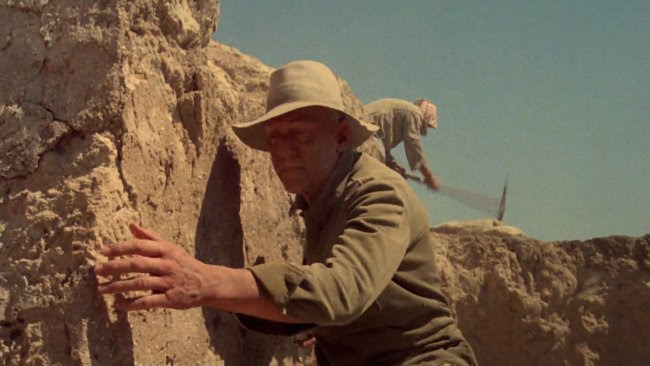 But I still find the first half of the movie better than the second half, though I like the second half. My favourite segment is the first, where we meet Father Merrin (Max von Sydow) taking part in an archaeological excavation in northern Iraq. I love the subtle signs of a demoniac presence presenting themselves to Merrin. The movie connects to Merrin as the point of view character with almost no dialogue, just reaction shots as he goes from reacting to slightly strange findings in a dig to menacing hints of what to come. The film becomes sensitive to sounds which are played up abrasively in jump cuts; an oddly malicious looking old woman rides a coach that nearly runs Merrin off the road. There's that fantastic, grotesque statue. 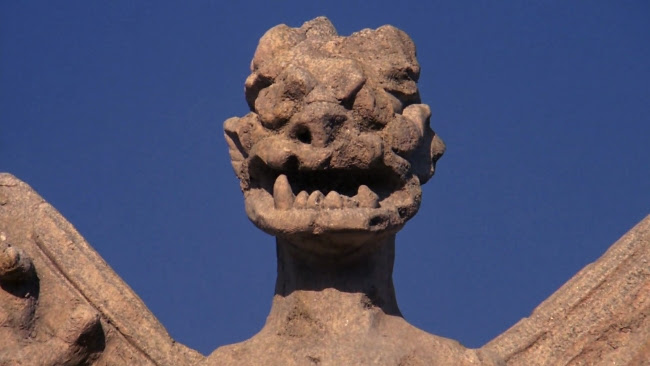 This is followed by the nicely established relationship between Regan (Linda Blair) and her mother, Chris (Ellen Burstyn). Already we're shown evidence that people are aware of how arbitrary human personae and relationships are. Chris is a famous actress and we see her affecting a passionate official speaking to a crowded of protesters who speak with equally affected passion. She and Regan talk about Chris' recent divorce from Regan's father and the foundation for love people have for each other if bonds can be broken so easily. This is where being Catholic would probably help in getting a feeling of dread. 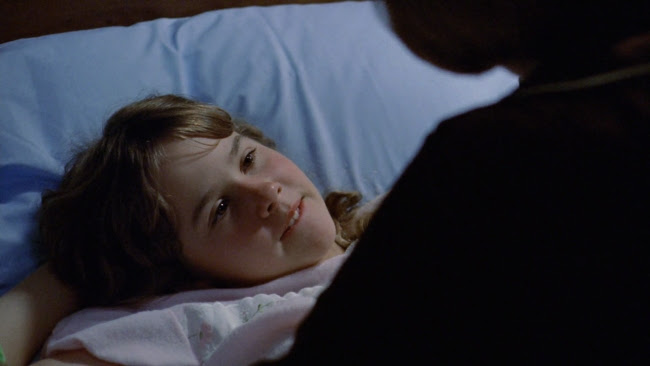 But you don't need to be Catholic to feel the horror of this little girl and her mother as their lives are completely upended by the child's condition. Director William Friedkin brilliantly uses sound effects in medical examination sequences which I was surprised to learn weren't in the original cut of the film. One might think the procedure involved in what I think is a spinal tap would be uninteresting next to the acts of a demon but the great, noisy machines bearing down over a restrained and crying Regan, together with the sense of uncertainty that motivated the procedure, are really about as menacing and contribute to the underlying horror of human existence robbed of its preferred modes of existence. I wonder if Regan was named after King Lear's daughter who, when she asked her father why he needed the retinue and trappings of his title, he replied;

O, reason not the need! Our basest beggars
Are in the poorest thing superfluous.
Allow not nature more than nature needs,
Man's life is cheap as beast's. 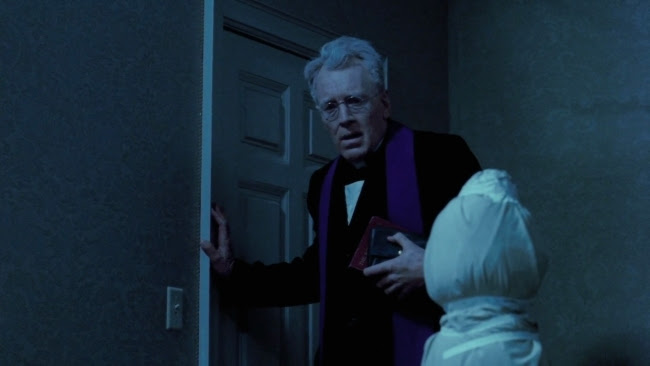 Father Merrin says something similar later when he and Father Karras (Jason Miller) wonder what the devil wants. Merrin suggests, "I think the point is to make us despair . . . To see our selves as . . . animal and ugly . . . To reject the possibility that God could love us."

The film misses an opportunity to ask why God permits a demon to do something like it does to Regan. But there is something in the horror inherent in this question when the solution seems to be effected entirely by human beings rather than an exterior divine intervention. Is this a sign that the noble actions of humans are the manifestations of God's grace or evidence of God's absence? 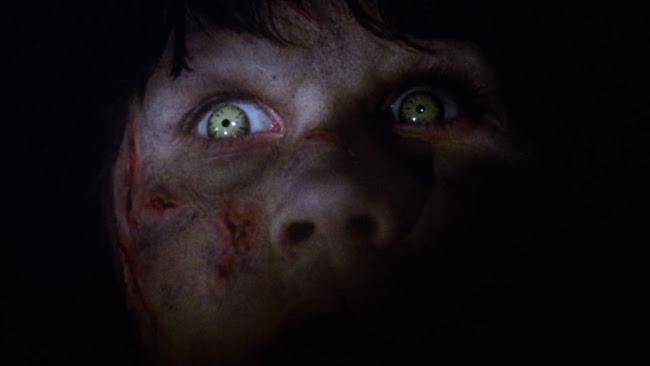 The build up in the first half with its use of sounds and character development are better than the spectacle of the second half but the second half is still good. For the relatively brief time Max von Sydow spends on screen he's very effective--impressive when he's flinging holy water on the kid and he contributes to the fear of human fallibility with his inescapable physical frailty.