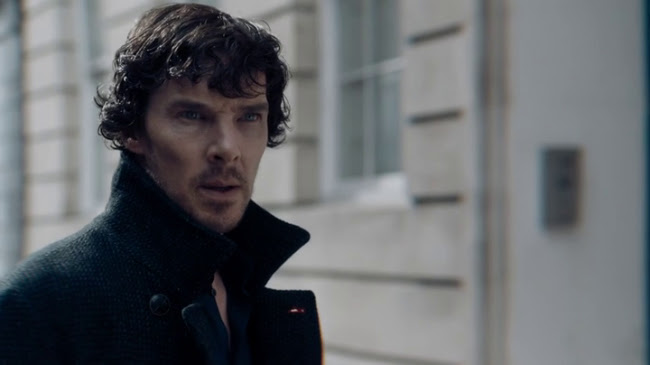 Now that's a proper Sherlock episode. Genuinely clever and exciting plotting combined with dialogue that tempers improbable humour by genuinely speaking to and for the characters. "The Lying Detective", written by Steven Moffat, has the fun of a puzzle put before the viewer and the pathos of a drama about characters well drawn. 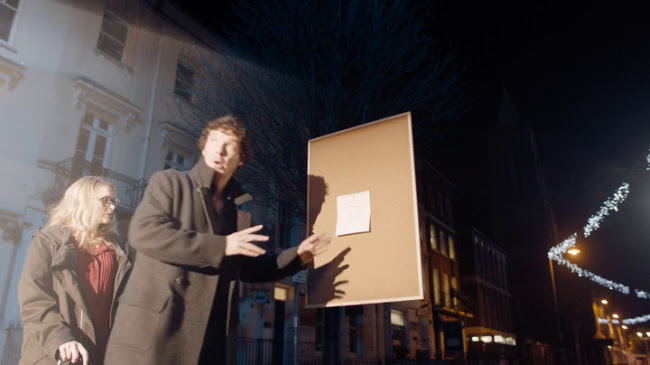 It felt like Steven Moffat was replying to my complaints about "The Six Thatchers". I complained about Sherlock tweeting, Moffat has John reacting with incredulity to the idea that Sherlock's been tweeting, and then there's an explanation for it. I complained about John having an affair and we learn that not only was John manipulated but it never got further than texting, that it was only John's sense of guilt that made it seem worse. I complained about Sherlock going for the easy "I put a tracker on you" thing instead of predicting people based on probabilities and observation as he pretended--and then in "The Lying Detective" he does exactly as he says. And it doesn't feel like magic--it makes sense that he can predict where John will be two weeks ahead of time. And that is how the best Sherlock Holmes stories work--he says something seemingly impossible and then shows you how it's not. Or at least, closer to possible than you might have thought. 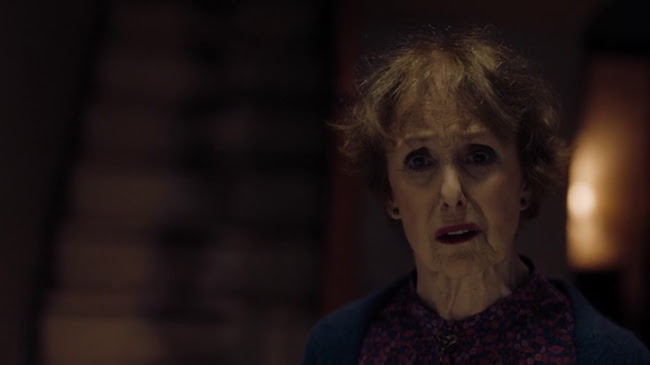 I was even able to enjoy Mrs. Hudson with a sports car. This is silly but it's a more credible silliness than Sherlock mistaking a balloon for John. You'll notice in this episode for him to mistake his sister for someone else she had to be in disguise and he had to be in a bad physical and mental state. It's possible this is all stuff that Moffat seeded into Gatiss' episode or Gatiss seeded to Moffat but it really doesn't feel like that. It feels like Moffat had the same complaints and turned lemons into lemonade.

It's continually ("No, not endlessly") astonishing to me that Steven Moffat gets accused of misogyny in his writing when he's so aggressively feminist. When John deduces that there's a third Holmes brother I said to the screen, "Come on, Watson, it's Steven Moffat; it's going to be a sister." And sure enough. And of course, she's behind everything, stepping into Mary's role. And by the way, Mary's way more fun as a dead woman. 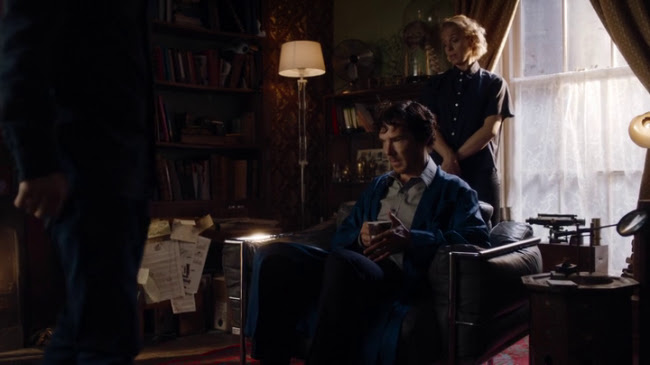 It's weird how the vivid hallucinations of dead loved ones has gotten to be so common in television that Sherlock and John seem absolutely comfortable with the concept at the end of the episode. Still, Mary as an aspect of John's personality was played with truly effective resonance--it really did feel like John arguing with himself. 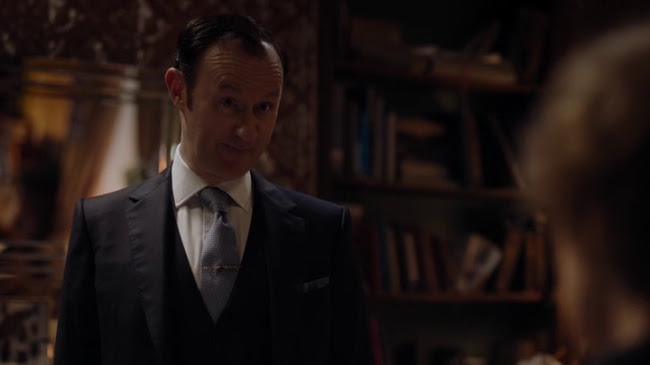 As much as I don't like Mark Gatiss' writing, he does a fine job playing Mycroft and I like that this episode put him back at headquarters most of the time instead of actually showing up to confront a suspect. 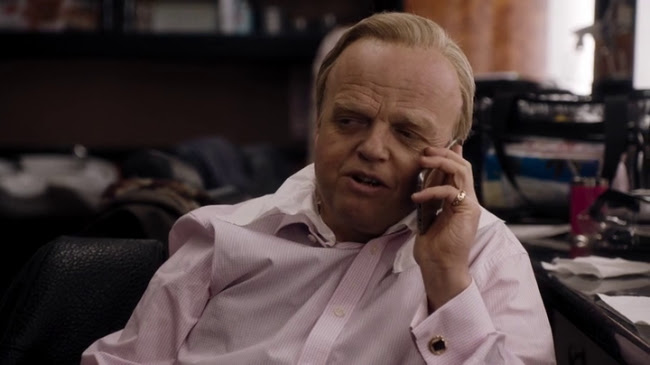 I liked how the villain, Toby Jones as Culverton Smith, was introduced ruminating on the burden of secrets shared between friends. The actual commentary on the themes of the show was a nice way of putting the viewer off balance while also developing ideas. And he's a very good villain--I thought he was based on Donald Trump though the Wikipedia entry says he's based on Jimmy Savile. Maybe this is just a case of one scumbag being basically like another (like serial killers) but I would argue Smith's a composite. For one thing, Culverton Smith's initials are C.S.--C being the letter before D and S being the letter before T--D.T. being Donald Trump's initials (mind you, Culverton Smith is the name from the original Conan Doyle story). Jimmy Savile and Donald Trump both have weirdly tanned faces but Trump is blonde while Savile's hair, as far as I can tell, has always been white. There's also the line Smith has about how he's planned to "break America"--more than anything, though, it's Trump who directly brags about his wrong doing. Trump bragged about cheating on his taxes and doesn't seem to care how transparent his lies are. We know Trump bragged about committing sexual assault--it's possible Savile did too but I can't find anything about it on google. 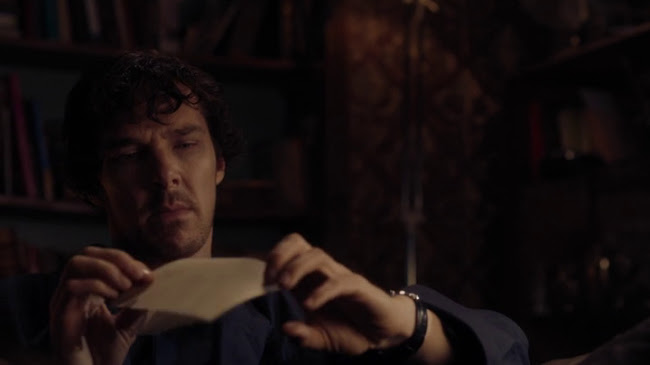 In any case, whatever asshole he was based on, Moffat did well constructing the balancing act in Sherlock's confrontation with him, making the detective's victory in the end all the more satisfying.

Thin arms concealed the slashes grey and cream.
In tiny choc'lates lie a cherry heart.
The curling cord of fallen phone's the seam.
A plan that crumbles like the crust of tart.
In amber bars withholding light was sound.
When seen, the chalk retreats in starry rooms.
A floating ship was brought by fish to ground.
Translucent coral trades colours and dooms.
Crushed cinnamon adorns a crimson floor.
The strokes of double bass imprint the hall.
The curtains part on heaven's secret door.
A heavy dream as shadow starts to fall.
Condensing cotton candy fog ignites.
A new proscenium the troupe invites.