The Sword of Sabine 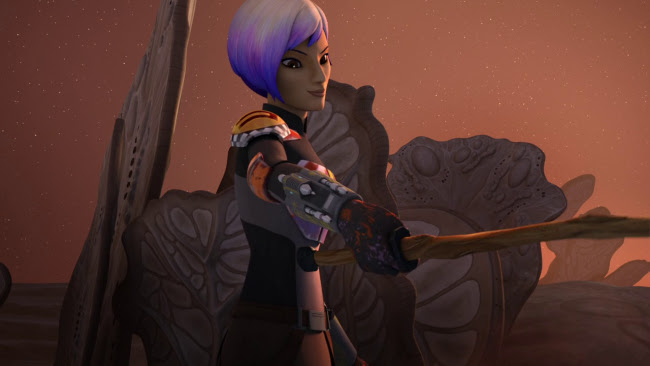 Sabine's training as some kind of half-Jedi began on "Trials of the Darksaber", last night's new Star Wars Rebels written by Dave Filoni. A story that mostly worked if you don't think too hard about some of it, it introduced some nice conceptual points about Jedi and Mandalore while going some ways to finally developing Sabine as a character.

We learn her reluctance to go home is related to a backstory not dissimilar to the one between Jyn Erso and her father, though reversed. Of course, there could be another, far more interesting reason for Sabine's family rejecting her. Like, what if she's into droids? And I mean, really into droids. 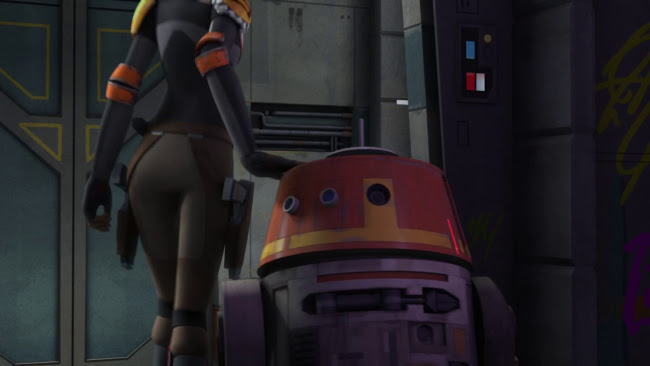 So . . . that was surprising. What was that? Oh, how I want Sabine and Chopper to be lovers. What a lovely can of worms that would be. Of course, I know that's not what's going on here but, egad, how happy I am to construe it that way. What's actually going on here, I'd say, is a further attempt to establish Sabine as a bona fide Disney princess. 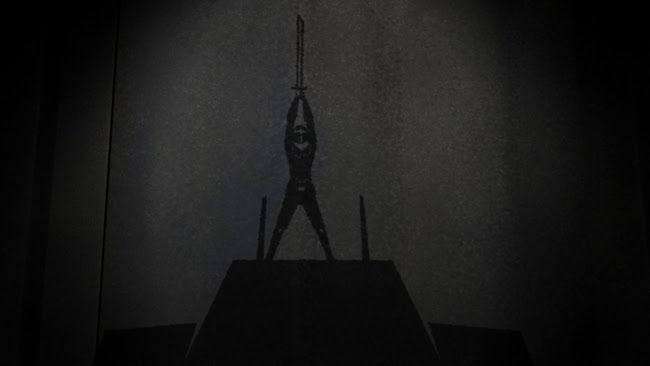 In "Ghosts of Geonosis" she had her Tinker Bell moment, now she's having her Snow White/Cinderella/Aurora moment. The way those princesses seemed to have a perfectly innocent physical rapport with deer, mice, owls, and dwarfs, Sabine has it with Chopper. And now that we know she is a daughter in a major Mandalorian house with the potential to become leader of all Mandalorians thanks to inheritance, she's literally a princess. 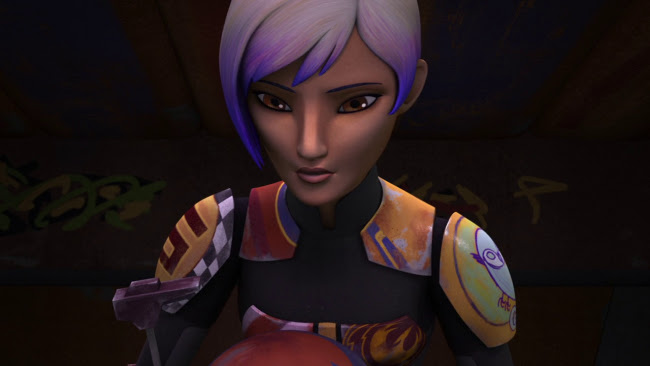 The other major influence on the episode seems to've been Crouching Tiger, Hidden Dragon. While Kanan and Ezra train her to use a lightsabre, the music turns to mostly percussion similar to the soundtrack during Crouching Tiger's fight scenes. I remember Ang Lee talking about how in Wuxia movies character emotional conflict can manifest in fight scenes and I think that was the idea behind the climax where Sabine suddenly seems to get really good with a sword as she starts to divulge her past and open up with her emotional issues. This isn't how the fight scenes manifested emotional issues in Ang Lee's film but since the animation and fight choreography, probably for budget reasons, don't seem to be more complicated on Rebels than repeated hacking gestures, maybe this was the best they could do.

Of course, lost in all this is the Jedi belief in restraining negative emotions. Back when it was Anakin and Obi-Wan bickering all the time, I used to wonder, "Is this the anger that leads to the dark side? Does it count? Why isn't anyone worried about this?" So I can't blame Rebels entirely for apparently completely neglecting this concept. Harder to take, though, was Hera encouraging Kanan to let Sabine train with the actual lightsabre before Kanan thinks it's safe to. Kanan says he's afraid she'll hurt herself, Hera says her emotional damage from not getting the chance hurts Sabine even worse. I thought, tell that to Sabine after she accidentally chops off a few of her own toes or when she fails to block Ezra when he takes a swing at her arm. 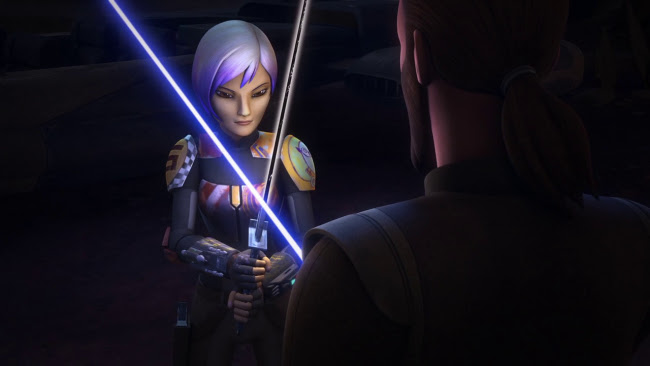 We were being told a lot that Kanan was being too impatient with Sabine rather than seeing it. Practising with wooden swords before switching to something that can burn through a metal door sounds pretty sensible to me, call me crazy. But I did like the idea about Jedi becoming spiritually connected to their sabres the more they use them. And I'd be happy with Sabine trying to fill the Ahsoka sized hole in the animated Star Wars universe, though her dull voice actress kind of sabotages this, particularly when the noise of Ezra is constantly intruding.

The ball he's on a little more than Sam.
To track a blow the nerves are tried for speed.
The simple ways and country morgues be damned.
In tested love or peace forensics heed.
There's frail invisible glass autumn leaves.
The pigment drained from ink in ancient shirts.
With rain and storm, the ground on trouble heaves.
A cracking asphalt sifts through shifting dirts.
A tipping ruddy bird adorned himself.
The finest plastic jewels were melted down.
In moulds, a sleeve of armour graced the shelf.
Throughout the glass he thought we saw a town.
A spectral orchestra outflanked the bog.
All human warmth rejects the bloodless hog.