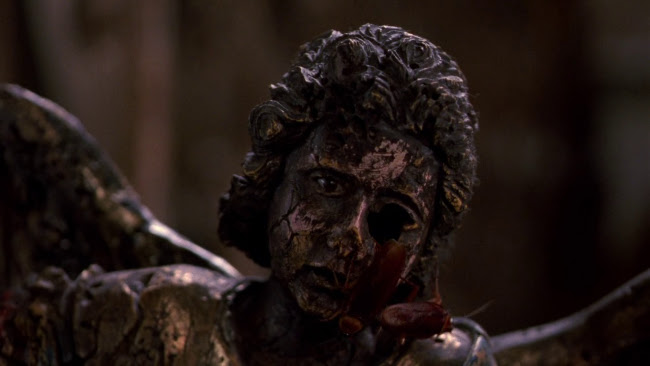 Usually people who become vampires are young, attractive, and adventurous, which is part of the reason vampirism is often interpreted as a metaphor for the long term results of misspent youth. One of the things I like about Guillermo del Toro's 1993 film Cronos is that the character who becomes a vampire is a kindly old grandfather, a man who seems quite past the wild temptations of youth. The film also, of course, features Del Toro's brilliant visual style.

Jesus Gris (Federico Luppi) is an antique dealer who lives with his young granddaughter, Aurora (Tamara Shanath), who almost never speaks. She watches in solemn silence while Jesus cleans antiques or deals with customers. 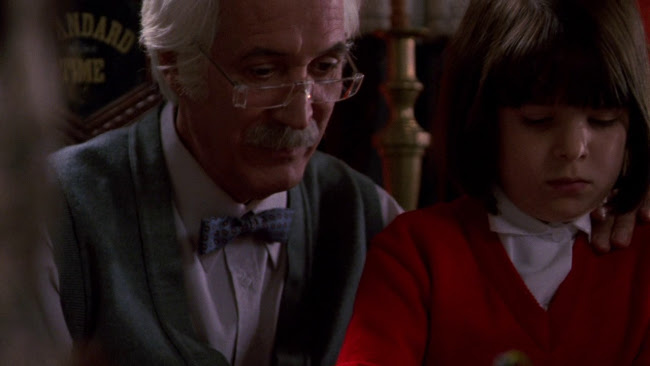 They find the Cronos device hidden in a little statue. Resembling a golden egg, Jesus is alarmed when it sprouts needle-like legs that dig into his flesh. 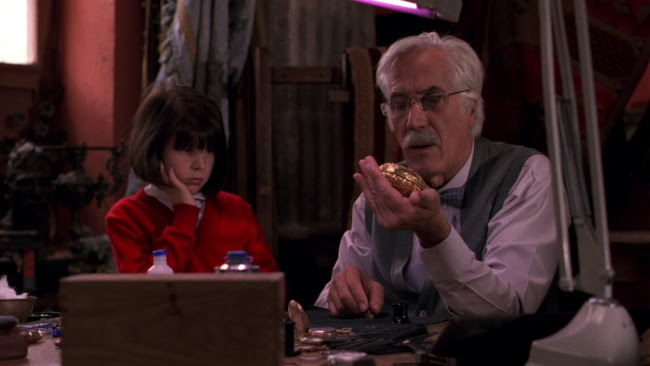 Jesus becomes dependent on it but the story nicely avoids becoming an allegory for drug addiction. In a charming scene, Aurora hides the device from Jesus who tells her that when he was a kid it didn't stop him from smoking cigarettes when his father hid them from him and such tactics would do no good now. Jesus thinks it's like a drug addiction, or at least it's the closest thing he can think of from his experience. Most drugs don't bring people back from the dead, though. 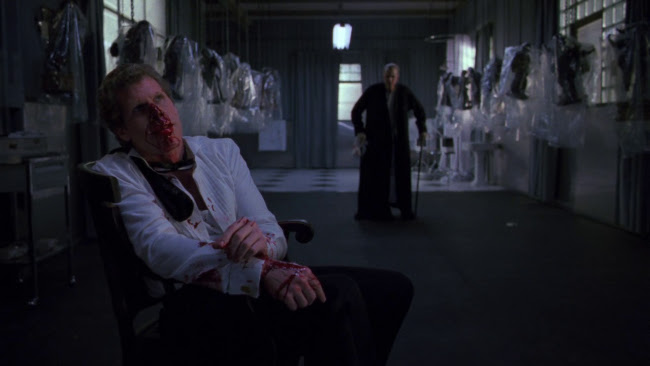 A dying old man, Dieter de la Guardia (Claudio Brook) and his nephew (Ron Perlman) are after the device, too, and unfortunately for Jesus becoming a vampire in this universe has all the drawbacks--weakness to sunlight and stakes through the heart--with almost none of the benefits--no super strength, no shape-shifting ability. He gets eternal life and starts to look more and more like a creature from a Hammer horror film. 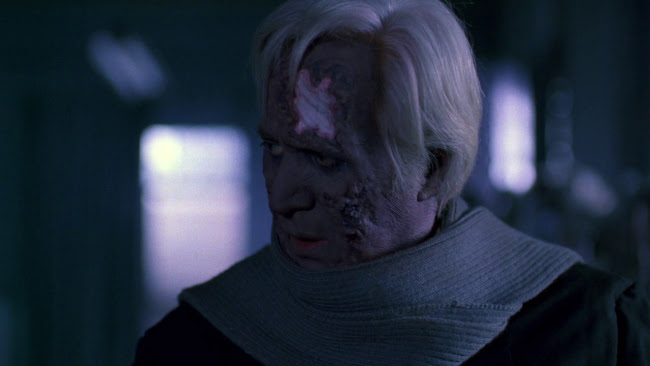 This goes to the real heart of the story. By the latter half of the film, Jesus looks completely different from the man he was at the start. Along with this is a dissolution of his identity. Where is the kindly old antique dealer? Where is the grandfather? His granddaughter remains his accomplice, the only person from before he became a vampire he seems able to resume his relationship with. This seems a reflection of the greater adaptability of children but the way in which his new identity is reflected in his altered relationship with her is part of the fundamental horror of his experience. 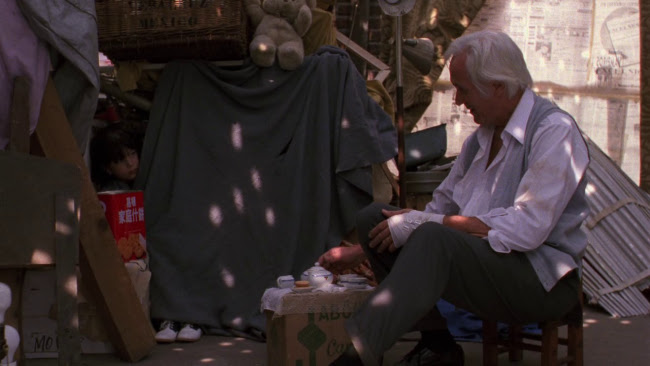 Del Toro is very careful to establish Jesus as a particular kind of character at the beginning that makes his transformation all the more effective. First there's the surprise from his wife, Mercedes (Margarita Isabel), when he shaves his moustache and seems to have the the vigour of youth again. This escalates to a point where he becomes almost totally alienated from the world of the living. 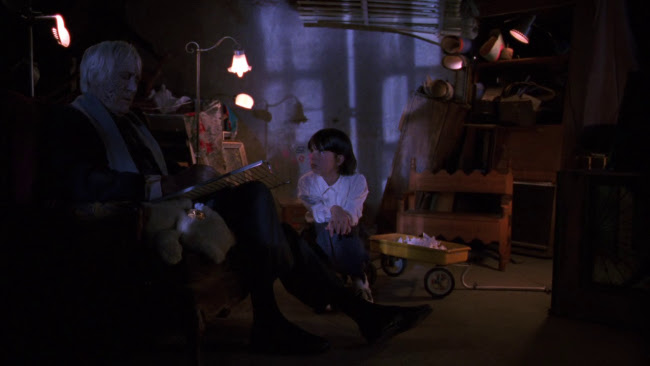 Ultimately this is a film about death and how much of a person's life is a manifestation of the collective impressions others have of him. It's more than a starchy theory about psychology when when you watch how truly painful it is one someone realises they're permanently losing a loved one by it.