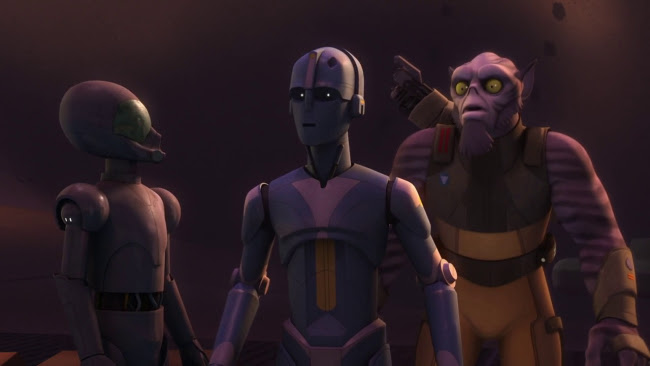 How nice Star Wars Rebels can be when Ezra and Kanan aren't around. Last night's new episode, "Warhead", written by Gary Whitta, who worked on the first draught of Rogue One, focuses on Zeb being left in charge of the base while the other main characters are away. It's a nice episode with some genuinely creepy moments. 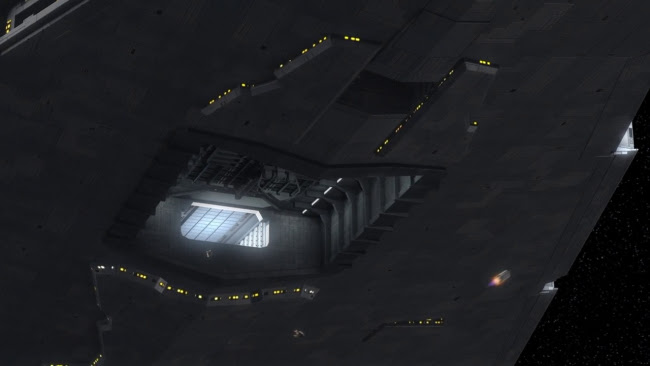 The episode begins with a shot referencing the beginning of The Empire Strikes Back and several probes being launched from a couple Star Destroyers. One lands on Atollon, the planet where the protagonists' base, Chopper Base, has been located since season two. Instead of the flying black squid probe droid from Empire, out pops an early Ralph McQuarrie concept drawing of C-3PO who wanders about, looking rather vulnerable to the planet's giant indigenous spiders. 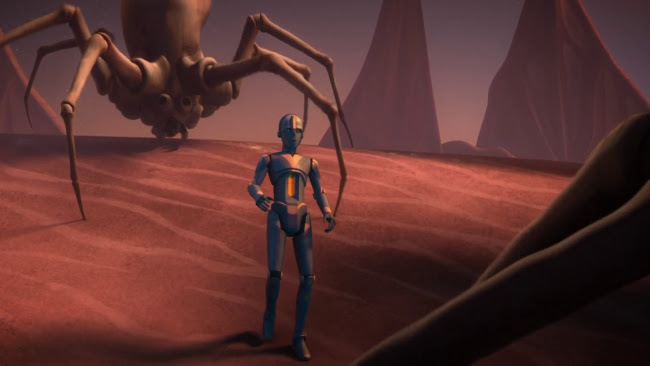 He's rescued by Zeb (Steve Blum), whose own design is based on an early concept drawing of Chewbacca, and Chopper. Working with the snobbish former Imperial protocol droid, AP-5 (Stephen Stanton), they need to figure out if they can re-purpose this wanderer. The bickering between Zeb and the two Rebel droids is genuinely funny and feels only occasionally forced. Some musical cues sounded like they came directly from Alien and worked well.

The episode features conspicuous references to Predator as well but nothing that takes the viewer out of the episode. It's one of the few episodes not to feature any kind of new special guest star, which was a nice change of pace, and I was reminded how I liked Zeb early on--his role has felt reduced this past season for some reason. 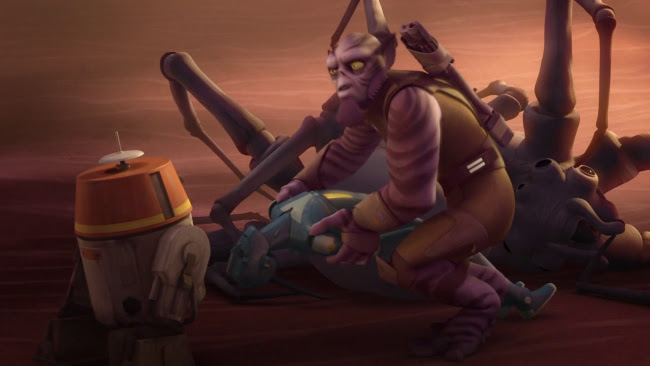 Unfortunately, Kanan and Ezra make obligatory appearances at the beginning and ending of the episode. It feels awkward in an episode that otherwise focuses entirely on Zeb and the droids. Even operating under the dubious theory that audiences want to see Ezra and Kanan, one of the nice things about Clone Wars was how free it was to range away from Obi-Wan and Anakin to show other parts of the war. This helped for giving the writers a chance to try out new characters and different kinds of stories, expanding the feeling of scope and making some characters more interesting for their absence. Since Kanan and Ezra are basically the generic brand version of Obi-Wan and Anakin, it would make sense to follow a similar pattern with them. I don't know if I'd start to miss Ezra if he went away but it certainly couldn't hurt to try. 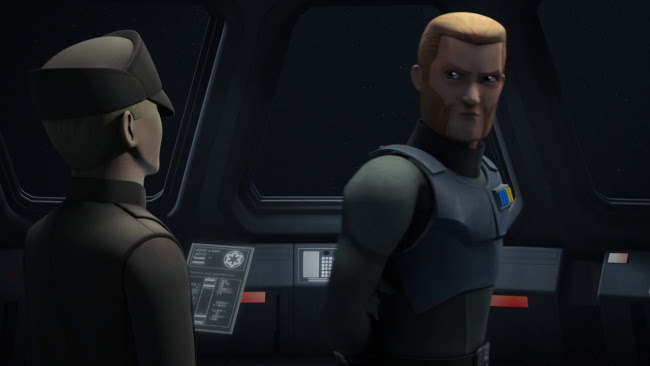 I also really would like there to be more episodes where the Rebels lose against the Empire. As entertaining as this episode was, it contributed to the feeling that the Rebels almost always win, rather undermining the opening crawl of A New Hope, referencing the events depicted in Rogue One as the Rebels' "first victory against the evil Galactic Empire."