The Best Four of Five 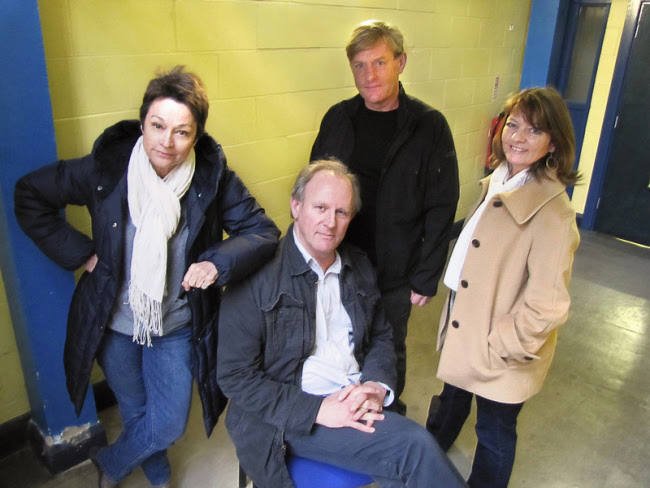 Set right after the television serial Enlightenment, the Doctor (Peter Davison), Turlough (Mark Strickson), and Tegan (Janet) encounter Nyssa (Sarah Sutton) again after they'd parted with her in Terminus, the serial before Enlightenment. And it was the serial before Terminus, Mawdryn Undead, that had introduced Turlough so when I refer to the group being the Fifth Doctor's best companion group I'm referring more to their potential than the time we actually got to spend with them on the show. So it's especially nice to hear them together in an audio play since by and large the audios are better written than the show was in the 80s. Which is certainly the case here, with the exception of Caves of Androzani, there aren't many Fifth Doctor television serials that can compete with Cobwebs. In fact, Cobwebs is one of several audios that make a good effort to patch up oversights in the writing of the television series. The story begins with Tegan arguing with the Doctor about Turlough, whom she's understandably wary of since she's just found out he'd been trying to kill her virtually since they'd met. Throughout Cobwebs, Turlough slowly regains Tegan's trust and the story works now as a nice bridge between Enlightenment and The King's Demons.

The Fifth Doctor started with three companions, holdovers from Four's final season; Tegan, Nyssa, and Adric. Adric is infamously annoying which is part of what made Turlough such a breath of fresh air. But I've also always liked the fact that Turlough was much more flawed than any other companion. Well, flawed in a way the writers intended. Adric was irritatingly arrogant but it was more irritating because everyone seemed not to notice. Everyone picks up on the fact that Turlough's a scoundrel which somehow makes him more endearing, added to the fact that there's something very pragmatic about him. Nyssa's character was never properly explored on the television series but she's had a great life on the audios, as has Turlough, but Janet Fielding had only appeared once as Tegan, in the 2006 story The Gathering in which Five encounters her years after she'd stopped travelling with him. Which is sort of the case with Nyssa here who has lived fifty years in what has been a span of days for the others. She's introduced into the story exploring a quarantined ship with a robot servant. In typical Jonathan Morris fashion, there are moments where the Doctor and his companions come dangerously close to intersecting with a future or past point in their timeline and there are characters deliberately trying to muck things up. Their failure to succeed is enhanced by the delicate balancing act of the writing, requiring characters to say things that they can hear as their future selves while unself-consciously saying them again when they get to that future.

It's a bit easier to hear the age in Fielding's voice than in the other actors but she does a decent job as Tegan. Still a bit abrasively whiny, there's also something nicely forthright about her.

In lofty clouds potato bags begin.
A spilling rain, a tuber fall, a clunk.
The many eyes betray yet no chagrin.
In floating ponds the koi can finely dunk.
Replacement ears too high o'erheard the gods.
In dang'rous caves, the paintings take the spit.
A hidden sun, blushed red, returns, applauds.
The world bestows a warmer oven mitt.
In heated plates, the breakfast waits for eggs.
When pressure mounts, a distant shoe took ants.
We're told the fire orb has lovely legs.
A billion years and stars will burn their pants.
The smallest ball of yarn was only string.
In June, she dreams of summer not of spring.