I Mark This Day for Cushing

Happy Friday the 13th, everyone. I thought I'd take the opportunity to-day to recommend some Hammer films starring the late, great, real Peter Cushing. You really ought to see some of these before you start praising things more machine now than man. 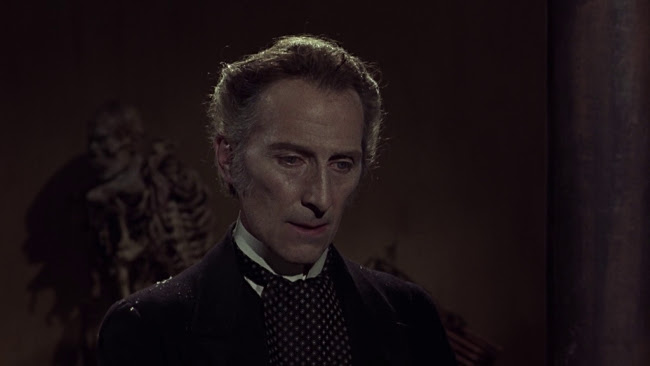 The first Hammer Frankenstein film is really good and Cushing is very good in it but Frankenstein Created Woman is my favourite of the series. Once again Cushing plays Dr. Frankenstein--the story's not based on Bride of Frankenstein (or the sections of the original novel dealing with the monster's mate) but a whole new story with surprisingly complex subtext about sexuality, riffing off Brigitte Bardot's star-making film And God Created Woman.

But can he dance? Sort of. She is better for being a great adventure film that allows Cushing to play a gentle, more rough and tumble fellow than he usually got to play and he does very well.

A far subtler film than you might expect, it's an effective suspense film driven largely by Cushing's performance as the lead. 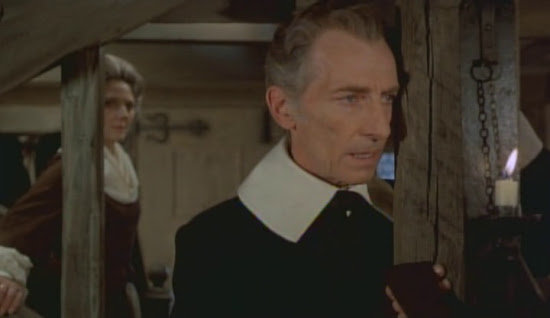 My favourite of Hammer's Karnstein trilogy is actually the first one, The Vampire Lovers, but, while Cushing is in that one too, he has a much better role in the third film, Twins of Evil. In addition to several other weird and extraordinary things, the film gives Cushing a fascinating character to play, a Protestant zealot witch hunter. It's almost like a dark parody of his famous role in Hammer's Dracula movies. Speaking of: 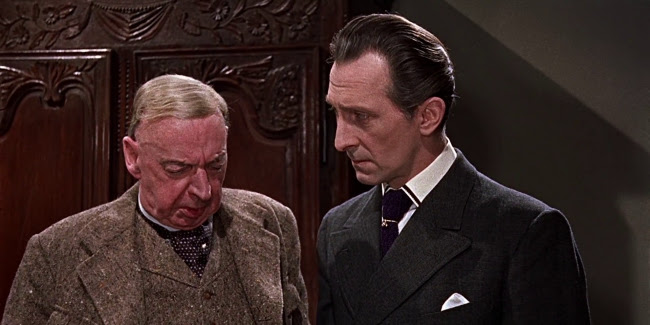 I actually don't like Hammer's first Dracula film very much but subsequent entries in the series were pretty good. The Brides of Dracula being a good example despite lacking the presence of Cushing's friend and frequent co-star Christopher Lee as Dracula. It does feature Cushing as Van Helsing, though, now up against a strange, suspenseful family drama featuring the beautiful Yvonne Monlaur very effective in the lead role.

The cheery glow from backs of cars exceed
The thrill of kings in sandwich shops with dread
Disclosing sauce of sorts they'd not concede
Or fear insurance fraud or horse's head.
On tracks contrived of snow and sugar ran
A jelly night, a drifter sheet of rain
Collapsing dark like blackened trees to fan
The thought of flames; a glass rolls in the lane.
A glassy vest began to show in dark
Contours, resolved beneath the arch inside
The lonely inn, existing near the mark
Embedded in the melted snow at tide.
In trampolines of gravity we walk
And on the door of biting space we knock.