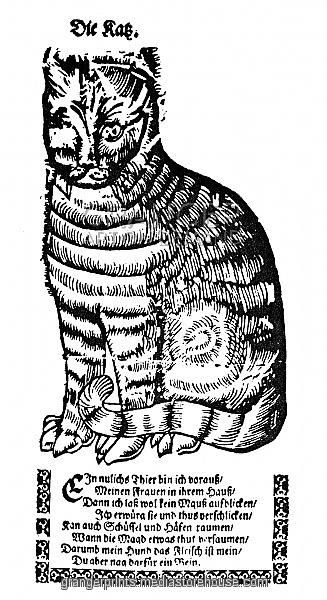 H.P. Lovecraft wrote very beautifully about things that frightened him. One of the fundamental achievements of his work is a compelling tension between love and fear, a good example of this being his 1924 story "The Rats in the Walls". Throughout his life, Lovecraft expressed admiration and longing for the past, especially his own past, his youth in a relatively wealthy family. Yet stories like The Case of Charles Dexter Ward or "The Rats in the Walls" are founded on the idea that it would be pretty horrible to come into some kind of direct contact with the past or ancestry.

The narrator of "The Rats in the Walls", an American descendant of an English family called De la Poer, returns to his family's ancient estate in England which, he informs us, hadn't been inhabited since the reign of James I, in other words the early 17th century. This follows from the death of the narrator's son, who first interested him in the estate. The son died from injuries sustained in World War I:

I bought Exham Priory in 1918, but was almost immediately distracted from my plans of restoration by the return of my son as a maimed invalid. During the two years that he lived I thought of nothing but his care, having even placed my business under the direction of partners. In 1921, as I found myself bereaved and aimless, a retired manufacturer no longer young, I resolved to divert my remaining years with my new possession.

World War I is infamously known as the first modern war, one that introduced the mass slaughter of trench warfare and chemical weapons, dehumanising and trivialising existence in hideous contrast to poetical ideas of the means and ends of human conflict, however terrible it had been in the past. In light of this, the narrator's interest in reclaiming a more beautiful and familiar past, one that interested his son, takes on a deeper significance. And so the horror, as the impression of that past is unravelled, is also deeply impressive.

The titular rats in the walls, first detected by the narrator's curiously heroic cat, are an effective precursor. Rats as plague carriers, as an impersonal, repulsive swarm, are a potent symbol of death that deprives human life of meaning. That they live in the very walls of the ancestral estate conveys the sense of a cold and mindless reality beneath the impression of a great and solid ancestry.

Much has been written lately about Lovecraft's racism but what fascinates me about the story elements pointed to as evidence of Lovecraft's feelings of repulsion for other races are often things which are ultimately connected intimately with the narrator or protagonist. This is clear in The Shadow Over Innsmouth and, to some extent, it's clear in "The Rats in the Walls". The story concludes with the erudite and cultured narrator discovering the animalistic nature of his Saxon and Roman forbearers.

God! those carrion black pits of sawed, picked bones and opened skulls! Those nightmare chasms choked with the pithecanthropoid, Celtic, Roman, and English bones of countless unhallowed centuries! Some of them were full, and none can say how deep they had once been. Others were still bottomless to our searchlights, and peopled by unnamable fancies. What, I thought, of the hapless rats that stumbled into such traps amidst the blackness of their quests in this grisly Tartarus?

Ultimately, this closes a circle--in an attempt to escape the cold, dehumanising impression of reality created by World War I, the narrator instead finds further confirmation of it. The ancient world was just as sinister as the modern and there is no escape, the existential horror of the revelation delivered by some beautifully terrible description.

Having grasped to some slight degree the frightful revelations of this twilit area—an area so hideously foreshadowed by my recurrent dream—we turned to that apparently boundless depth of midnight cavern where no ray of light from the cliff could penetrate. We shall never know what sightless Stygian worlds yawn beyond the little distance we went, for it was decided that such secrets are not good for mankind. But there was plenty to engross us close at hand, for we had not gone far before the searchlights shewed that accursed infinity of pits in which the rats had feasted, and whose sudden lack of replenishment had driven the ravenous rodent army first to turn on the living herds of starving things, and then to burst forth from the priory in that historic orgy of devastation which the peasants will never forget.

Comparing the rats to an army and the fascinatingly sexualised description of their movements invokes both trench warfare and the coldly biological nature of impulses to procreation. The idea of sexual gratification being just another automatic working of the rat horde. It is what might be called anti-sublime.

Posted by Setsuled at 12:47 PM
Email ThisBlogThis!Share to TwitterShare to FacebookShare to Pinterest
Labels: horror, hp lovecraft, literature, the rats in the walls