The Treachery of Trustworthy Faces 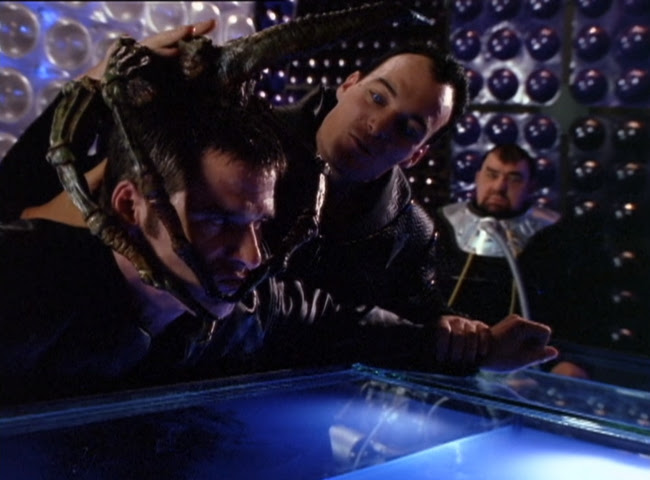 Simply acquiring supplies is seemingly never easy for the people on Farscape. When the supplies happen to be urgently needed, getting them might involve political intrigue, violent sabotage, and wearing a lobster as a hat. 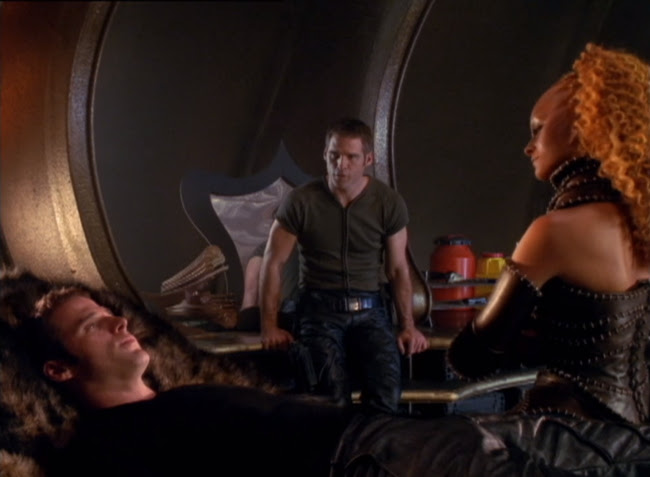 And there's still a leftover Crichton (Ben Browder) from the events of the previous episode. Aeryn (Claudia Black) compels one of them to wear what looks like a grey shirt to me (the Farscape wiki says it's green) so they can be told apart. Jool (Tammy MacIntosh), serving as a more ornery and selfish medical officer in Zhaan's absence, runs tests and, as far as she can tell, the two humans are perfectly identical. 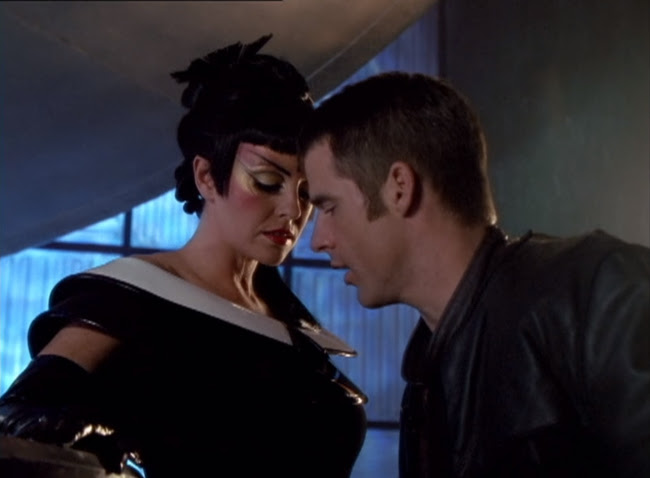 That is until one of them is badly wounded by a bomb during a clandestine meeting with the impeccably dressed Sarova (Rebecca Gibney), daughter of the planet's ruler, Pralanoth (Robert Bruning). Having a bonus Crichton comes in handy when it becomes inconvenient for knowledge of the meeting to pass to the rest of the ruling family. A deadly lobster spider thing, which kills anyone for lying while it's sitting on their head, supports the other Crichton's statement that he was never at the meeting. 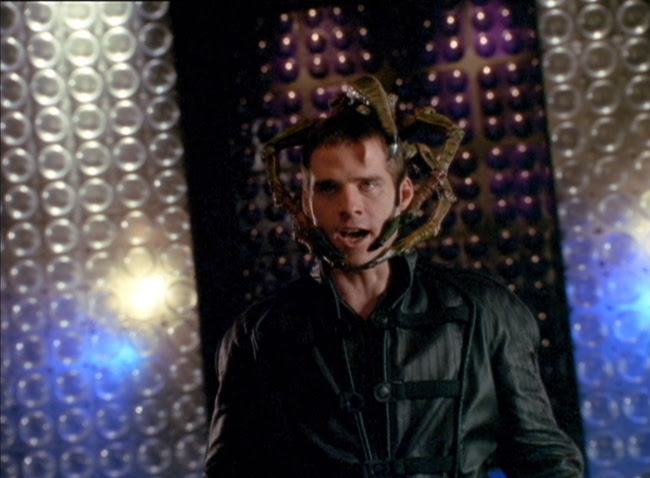 I love how it seems to be raining all the time on this planet. There's a vaguely Blade Runner vibe to the place (though this makes more dubious the idea that Aeryn didn't know what rain was in "A Human Reaction"). I also love that Rygel (Jonathan Hardy) is utilised for his negotiating skills again though he's undermined repeatedly, first when D'Argo (Anthony Simcoe) roughs up the security chief (Sandy Winton) for trying to molest Chiana (Gigi Edgley), then later when trying to negotiate directly with Pralanoth. Crichton mostly gets things done by force, at one point pointing Talyn's cannon right at the capital building. 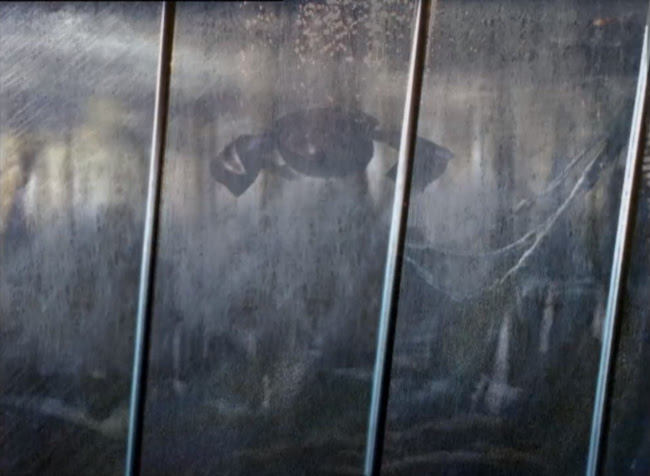 The clear theme for this episode is trust. Crichton can hardly believe Aeryn is starting to trust Crais (Lani Tupu); Pralanoth learns he can't trust his son when the young man gets the lobster on his head (and consequences are swift and final for that); Crichton isn't sure he can trust his other self; Aeryn's mother (Linda Cropper) is in charge of the Peacekeeper squad hunting them, assigned with the idea of dividing Aeryn's loyalties; and no-one's quite sure yet if they trust Jool with a needle. The episode ends with an impressively horrific sequence of special effects and outstanding creature shop work, all to the purpose of showing one person was a shape shifter all along and definitely not to be trusted.