The One and Only Scorpius 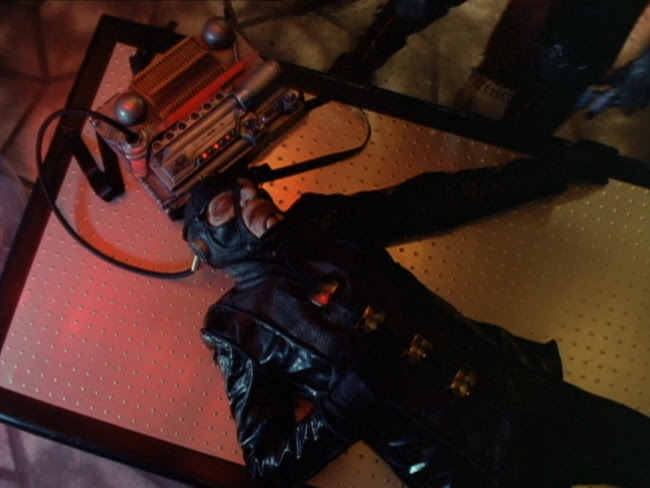 Scorpius' back story is explored in another episode of Farscape that focuses on the fraught nature of new or atypical forms of family. In the case of Scorpius, as you might imagine, his atypical family history doesn't have much to recommend it. 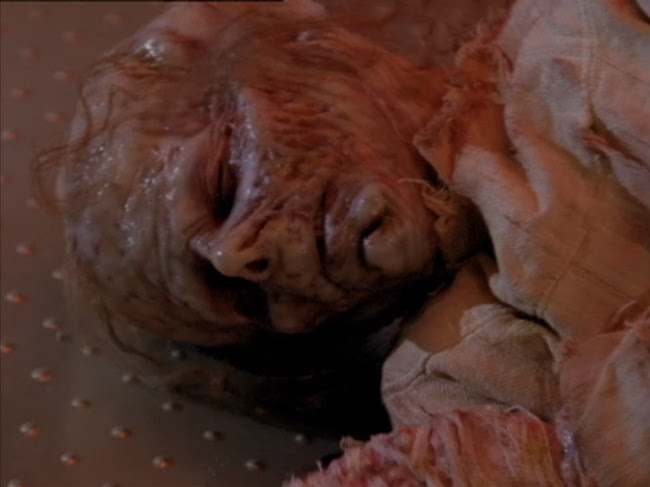 We already know that Scorpius (Wayne Pygram) is a product of a union between a Sebacean and Scarran, two peoples now locked in a precarious cold war. We see in this episode a young Scorpius (Evan Sheaves), bearing more extensive facial disfigurements, being raised by a brutal Scarran woman in the absence of either of his parents. She tells him that it was a Sebacean who raped a Scarran who then gave birth to him. 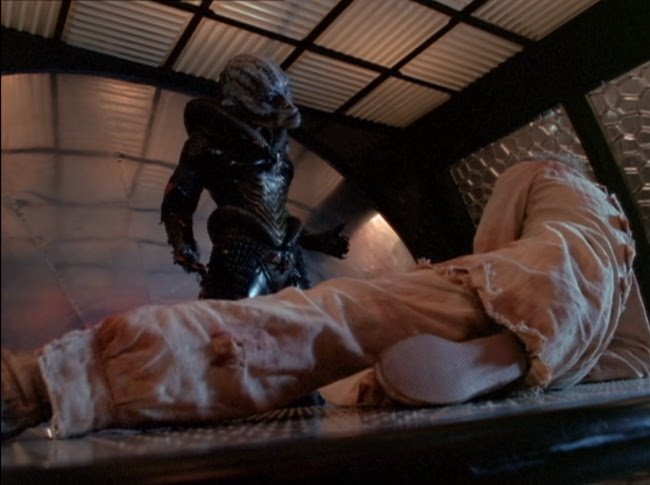 The episode sadly doesn't explore how and why Scorpius received a value system that would have objected to the idea of a Scarran raping a Sebacean. From what he learns later, his Sebacean mother was raped as a part of an ongoing series of breeding experiments that implied the Scarrans saw Sebaceans as inferior species with no claim to the rights presumably afforded to sentients. 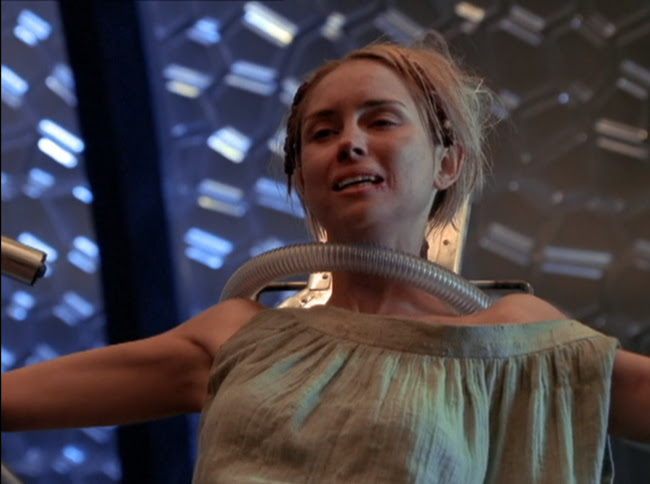 Flashbacks showing Scorpius' mother aren't quite as effective as I'd have liked and seeing her encounter with the Scarran has less impact than hearing about it second hand. 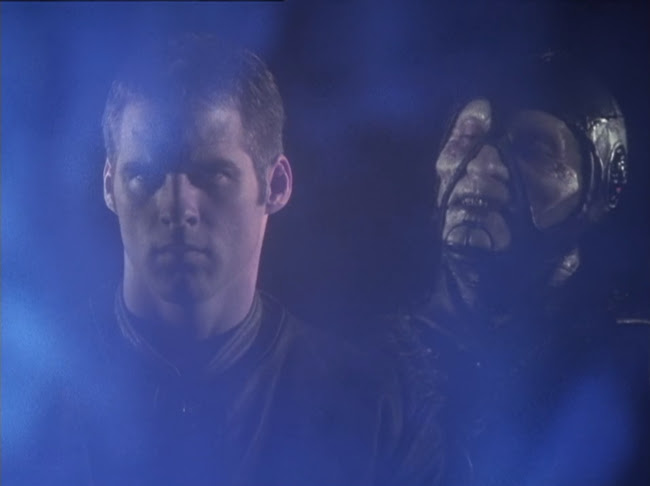 More interesting are parts of the episode focusing on Crichton (Ben Browder) and Scorpius' continued pursuit of wormhole technology. Scorpius' back story is shown to a residual personality imprint of Crichton in the neural chip, essentially putting a copy of Crichton in Scorpius' head like Harvey lives in Crichton's. Which means there are now three copies of Crichton running around. 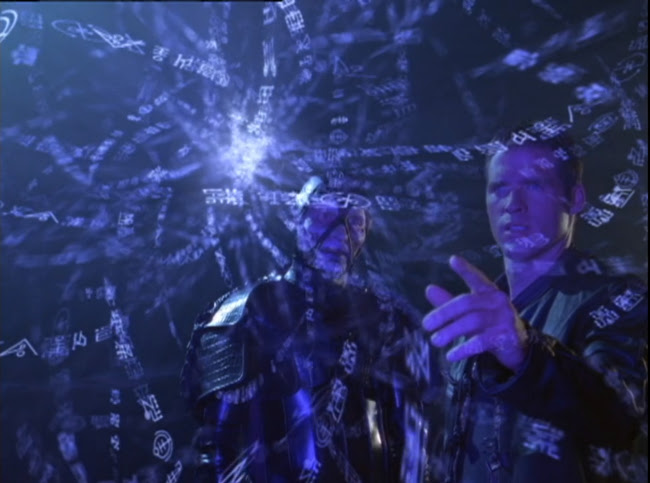 Scorpius feels he needs to win over this copy of Crichton to unlock hidden parts of the wormhole knowledge. But the head scientist working on the project under Scorpius, Linfer (Jo Kerrigan), thanks she's figured out how to stop pilots from liquifying when going through the wormholes they've made. She, rather unexpectedly, attempts to defect to Moya where, very unexpectedly, Pilot (Lani Tupu) and Moya trust her implicitly based on her species, much to Crichton's frustration. 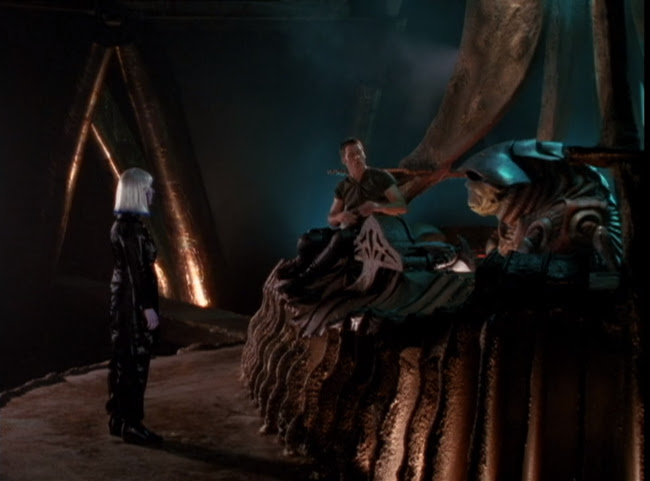 Come to think of it, I'm not really fond of that subplot, either. This episode was written by Richard Manning, who's done better. I do like how it further muddies the villain waters and how it makes it harder to see the Peacekeepers as simplistic baddies.