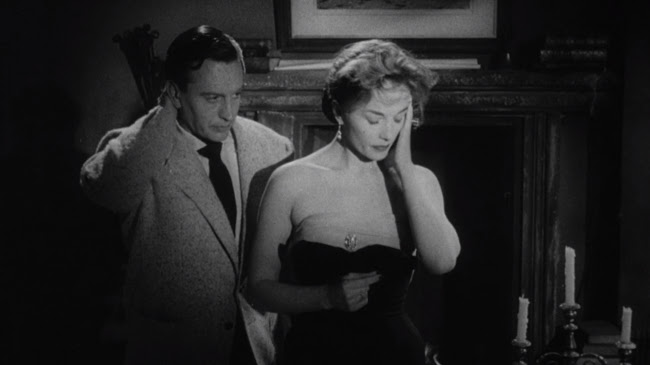 You have to keep an eye on sexuality or it'll turn into a leopard and kill you. 1957's Cat Girl is essentially a British remake of the 1942 American film Cat People but, while the original film is about dangerous repression, Cat Girl is more about the dangers of no repression. The 1942 film is superior for its subtlety and for not being married to a specific interpretation but Cat Girl has some terrific mood and a sweet performance by Barbara Shelley in the lead. Certainly, too, its warning against the idea of throwing aside sexual restraint is a worthy message.

Leonora (Shelley) travels with her husband, Richard (Jack May), to an old country estate she's about to inherit. It turns out she's also going to inherit a curse giving her a strange connexion to large carnivorous felines. 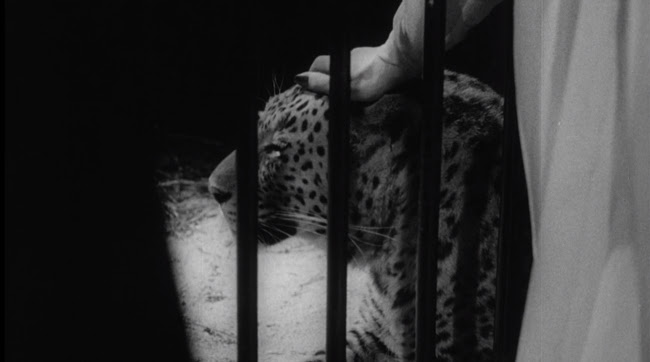 Her uncle, Edmund (Ernest Milton), takes her into a room where she was forbidden to play as a child. In there, he introduces her to the leopard he keeps caged. The dialogue in this scene is very difficult not to interpret a certain way:

EDMUND: "Touch it, Leonora. Let it know the the feel of your hand. It will be the servant of your mind and the strength of your body. Touch it!"

EDMUND: "Do you not feel as it feels? Lithe and savage?"

Edmund is impressed by her ability to control the animal already but he warns her the family line needs to die out here. He tells her not to have any children or they're liable to become killing machines. 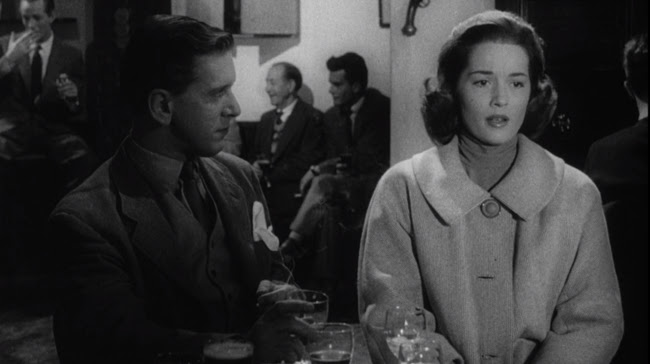 When we were introduced to Leonora earlier in a diner with her husband and their friend, Cathy (Patricia Webster), Leonora had seemed a bit of a wet blanket in her conservative attire, irritated by her husband's urging her to relax. Cathy is shown, by contrast, happily dancing for the men assembled. Where Simone Simon in Cat People had to deal with physical frustration as her husband was busy having chaste meet-ups with his female co-worker, Barbara Shelley has to deal with her husband's not so subtle, constant lust for a promiscuous bobby-soxer. 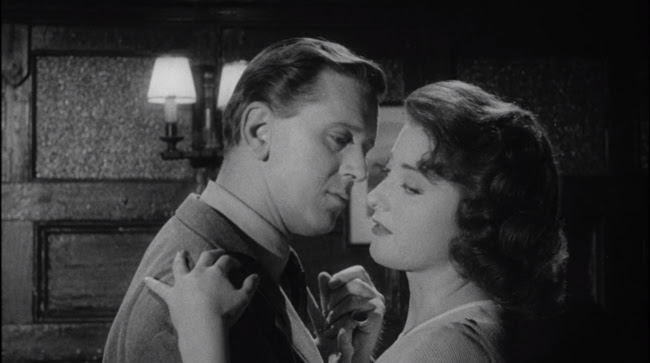 For some reason, when they arrive at the mansion, Edmund insists Barbara occupy a single room, alone. It's clear later why, because of his secret motives, but it's a little surprising no-one wonders why Leonora and her husband can't share a bed that clearly has room for two. 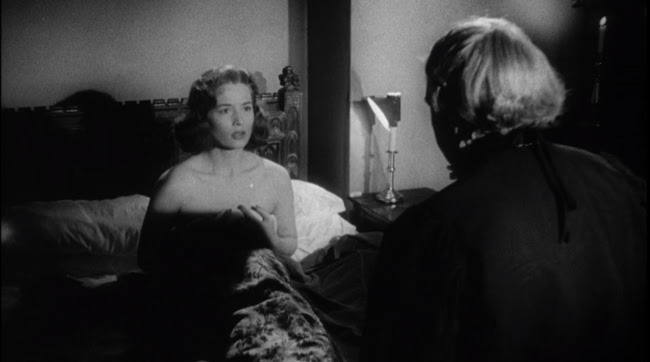 Also surprising is Leonora's choice to sleep naked, the first real sign that there are hidden sexual depths in this woman. 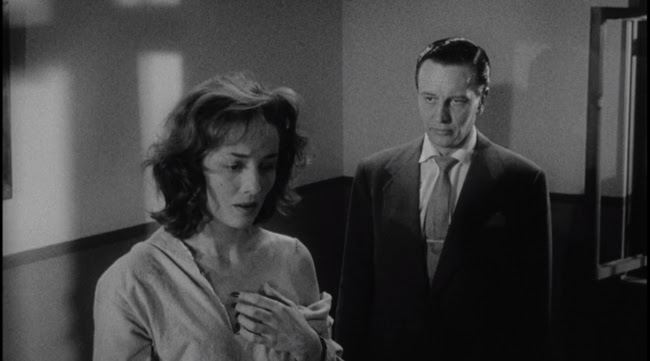 Murders occur much earlier in this film than in Cat People and the latter half of the film involves a psychiatrist, Dr. Marlowe (Robert Ayres), trying to convince Leonora she's not turning into a cat and killing people. Ayres' performance is so gruff and kind of mean it's almost funny. It seems impossible this guy doesn't see how lousy his bedside manner is. I couldn't blame Leonora for feeling frustrated with him--less understandable is the fact that she wants to fuck him. The subtext seems to be that, having had the normal psycho-sexual barriers destroyed by her uncle, Leonora wants to express her passions sexually or murderously. Shelley gives such a good performance that you feel really bad for her predicament. A final sequence where she stalks Dr. Marlowe's wife (Kay Callard) is clearly meant to be a splashier version of Cat People's famous walking chase scene and is less effective because Leonora has become a simplistic villain at that point. But I don't think the film's entirely wrong in its comment on sexual confusion. Cat People centres on a woman who wants to express her sexuality only with one man and can't understand his lack of sensitivity to her ideas of loyalty. Cat Girl is much more about the legacy of abuse and manages to distinguish itself from Cat People pretty well that way.