Things the River May Conceal 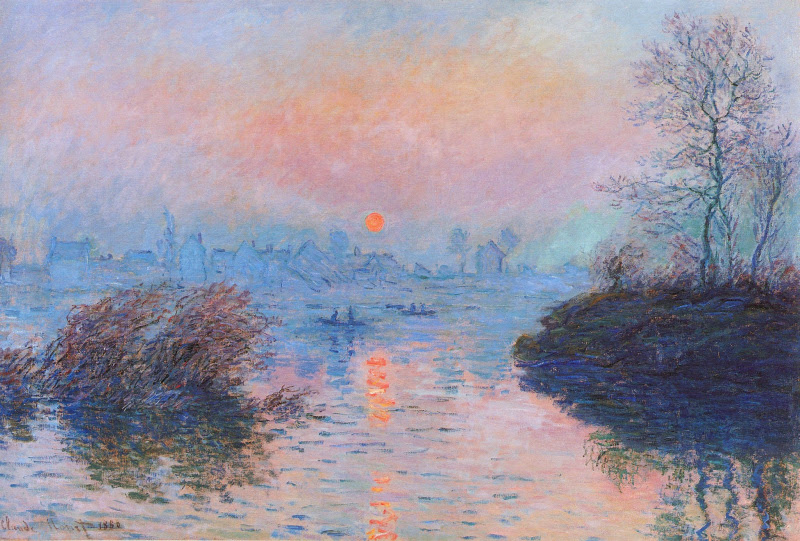 Sometimes less really is more. This is demonstrated by the juxtaposition of two stories in H.P. Lovecraft Selects, the collection of stories drawn from Lovecraft's famous essay on supernatural horror. "The Waters of Death" by Erckmann-Chatrian and "On the River" by Guy de Maupassant are both stories about death in water but while the former involves numerous corpses and eventually a giant spider and pyrotechnics, the latter story involves little more than one man's almost inexplicably troubled night alone, stuck in his boat on the Seine.

Often horror fiction achieves effect by crafting a train of thought. Like the suggestion planted by the discussion of terrible things at the beginning of "What Was It?" or the protagonist's feelings of isolation and displacement in Carnival of Souls. Many good horror writers have realised the dread of the anticipated horror is more effective than the completely random appearance of a new horror. Still, leading up to the appearance of a giant spider crab with the characters in "Waters of Death" talking about how much they're afraid of spider crabs may have been a bit too on the nose. In that essay on horror, Lovecraft has only this to say about that particular story:

“The Owl’s Ear” and “The Waters of Death” are full of engulfing darkness and mystery, the latter embodying the familiar overgrown-spider theme so frequently employed by weird fictionists.

He has a lot more to say about Guy de Maupassant and he has a pretty persuasive idea of precisely what makes "On the River" so eerie and good:

Maupassant suffered from the effects of syphillis towards the end of his life and this seems to explain more than anything else how he could conceive of such an idea as "On the River". It's a story in which really very little happens--a man takes his boat out on the river, decides to relax in one peaceful spot, drops anchor, and then is forced to remain in the spot a while after his anchor gets stuck.

The fog which, two hours before, had floated on the water, had gradually cleared off and massed on the banks, leaving the river absolutely clear; while it formed on either bank an uninterrupted wall six or seven metres high, which shone in the moonlight with the dazzling brilliance of snow. One saw nothing but the river gleaming with light between these two white mountains; and high above my head sailed the great full moon, in the midst of a bluish, milky sky.

There's nothing especially sinister in this or in the sounds of frogs perceived by the narrator. Though I would think having to spend the night stuck in a boat like that, with no shelter, certainly might be uncomfortable. When the hint of supernatural finally does come, it's so subtle that it's almost merely a tease. The story ends so abruptly on that note that the reader is compelled to second guess the assumption of supernatural. Maybe the river at night is terror enough, though the idea that throughout the ordeal something more lurked beyond the edges of perception does enhance the story considerably, in my opinion.

Entire courts of ghastly runts arrive.
A purple bat asserts the right to rule.
No worser gang could twisted hand contrive.
A cleaner cleaver's never half so cruel.
A walking clock discovers hands and feet.
The velvet curtains clasp a hiding man.
Between the walls a spirit hid the meat.
Behind the house a creature swiftly ran.
Adrift between the rivers, floods arise.
A shaking storm disrupts the poison bog.
Exquisite hands decay in life's reprise.
As yellow eyes observe along the log.
An anchor caught where giant spiders lurk.
A goblin pair retreat beneath the murk.