I was going to write about El Camino: A Breaking Bad Movie to-day but then the death of one of the film's stars, Robert Forster, occurred on the day of the film's release, yesterday. El Camino is pretty good but it can't help but be overshadowed by the death of such an incredible actor. His passing calls to my mind Twin Peaks and Jackie Brown, two of the greatest achievements in the history of film, the latter of which due largely to the performances of Forster and Pam Grier. 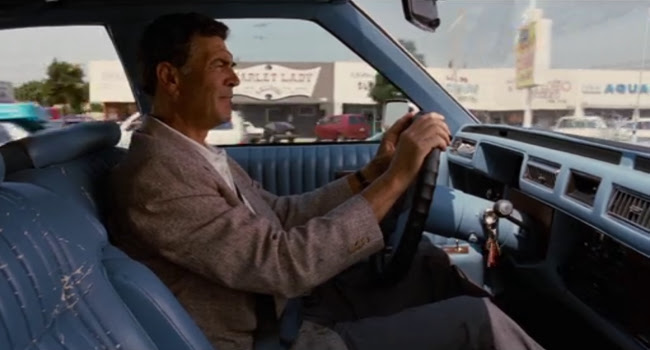 I didn't appreciate Jackie Brown the first time I saw it. I thought Forster was boring--I thought, sure, he might be a great actor, as everyone said, but he was great at playing a boring guy. I was a dumb teenager. Watching Jackie Brown years later, my least favourite Quentin Tarantino movie became my favourite Quentin Tarantino movie. Forster plays a character with age and wisdom, the kind that can be attained by a perfectly average but remarkably canny fellow. And it's this that makes his moments of vulnerability in the film so effective; his first glimpse of Jackie by which he's spellbound and then their final conversation where he admits his strength isn't enough to carry what she asks. When a young man has these reactions, they're inexperience or foolishness or even innocence. When a man like Forster's character has them, it's like moving a mountain because of all the little ways he built the character before our eyes. 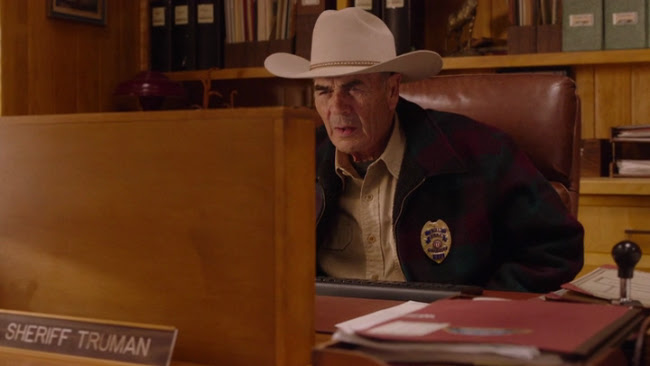 So he was always a welcome sight after that. Even though the idea of continuing Twin Peaks without Michael Ontkean in the role of Sheriff Truman seemed like a bad step, I was okay with it because Robert Forster is such a tremendous presence. He's part of what makes the 2017 series, in part, about age.

He'd worked in television plenty of times and before Twin Peaks; he'd appeared on Breaking Bad in its final season as Ed Galbraith, a man who specialises in giving new lives to criminal fugitives. It's this role he reprises in El Camino.

Written and directed by Vince Gilligan, the movie goes unreservedly for the Spaghetti Western vibe the series evolved into. There's even a duel with lingering closeups. Flashbacks to Jesse Pinkman's (Aaron Paul) imprisonment and torture by a gang of criminals recalls Blondie's torture by Tuco in The Good, the Bad, and the Ugly and other films of the genre. Gilligan uses this slow, contemplative mode of filmmaking to bring us the thematic conclusion to Jesse's troubled story. The questions Jesse'd come to wrestle with about his guilt are given a bittersweet resolution in which Jesse's attempt to attain a new life certainly doesn't wipe the slate clean. This is of course impossible as Mike (Jonathan Banks) informs him in a flashback at the beginning. Viewers of Better Call Saul know he knows what he's talking about. But Jesse does seem to attain a kind of peace with having changed from ornery boy to a quiet and scarred man.

Forster, along with Banks and Bryan Cranston in a brief cameo, show Jesse his future. Forster's performance in the final scene goes a long way to making that point. Without him, El Camino wouldn't be half the movie it is.