Attack of the Giant Space Metaphor 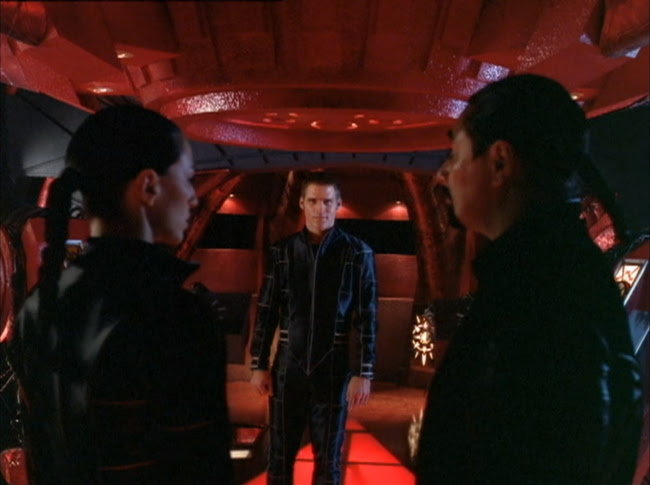 Series star Ben Browder takes a hand at writing a teleplay for Farscape and does a pretty good job of it. An episode following half the normal cast, now stuck on Talyn, is about a strange journey through the belly of a space beast, all while the spectre of jealousy haunts the fledgling group dynamic. 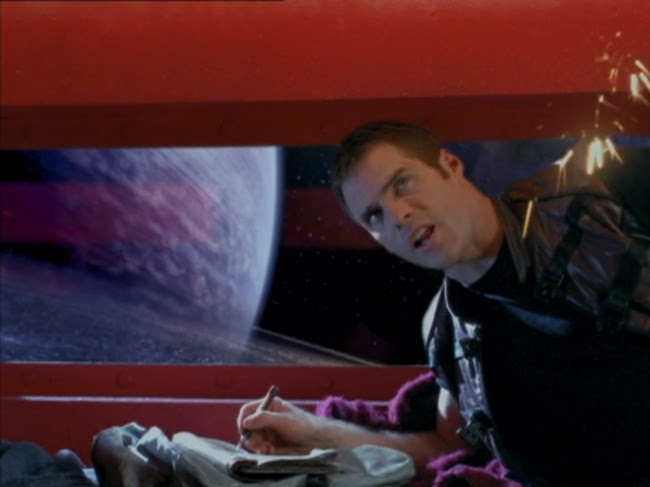 Crichton (Ben Browder), in his new bunk aboard Talyn, finds his favourite pulse pistol, "Winona", has been stolen. He goes to the cockpit to complain but finds the door locked whilst Crais (Lani Tupu) is within, trying to woo Aeryn (Claudia Black). 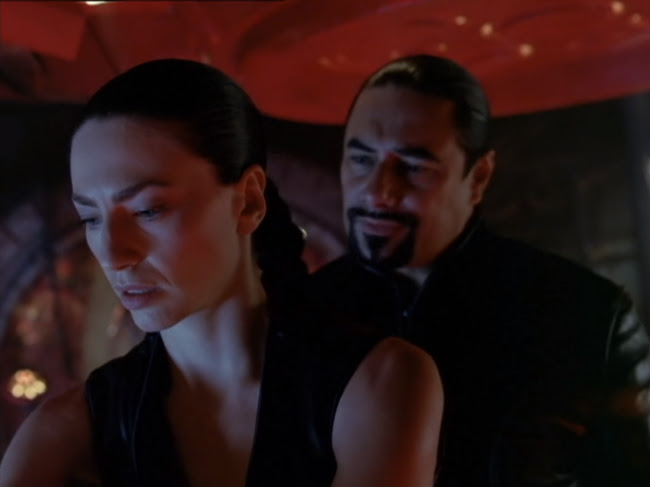 We've come a long way from the days when Crais exiled Aeryn for her exposure to alien culture and hunted Crichton for killing his brother. Crais is a much calmer, more thoughtful fellow nowadays. The episode doesn't really address Aeryn's potential attraction to Crais but frames it more as an issue of her believing Talyn needs to have/be a two parent home. Arguably, they do have a lot in common, being Peacekeeper exiles, trying to figure out how to live in this new life on the run. 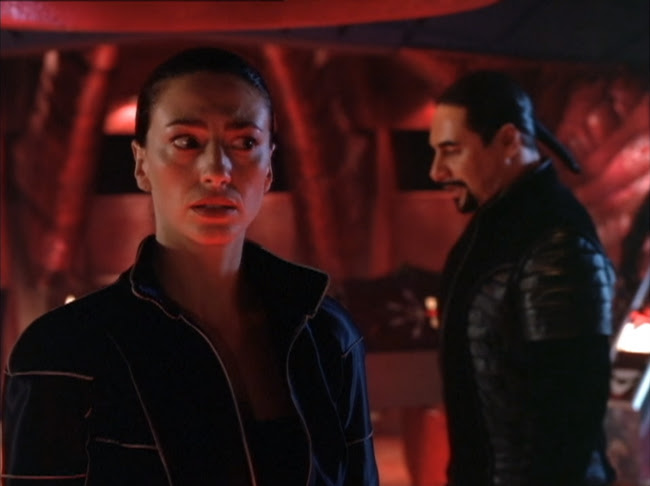 I love the scene where Crichton intrudes after Crais and Aeryn have been discussing the idea of getting her a neural connection to Talyn like the one Crais has. The dialogue doesn't shy away from the implications that go well beyond sexual. As Aeryn puts it, she, Crais, and Talyn would become one. To Crichton's inquiring eye, both Aeryn and Crais look flustered, sweaty, and furtive. But Crichton is surprisingly cool about it--the green eyed monster isn't him. 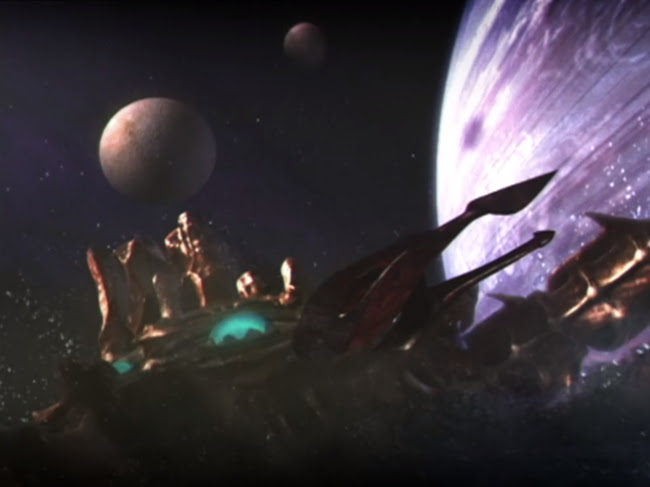 Is it Crais? Is it Aeryn? Oh, yeah, is it the massive animal with literal green eyes that swallows Talyn whole? Having to deal with being stuck in the belly of a space whale gives some effective context for the romantic drama. 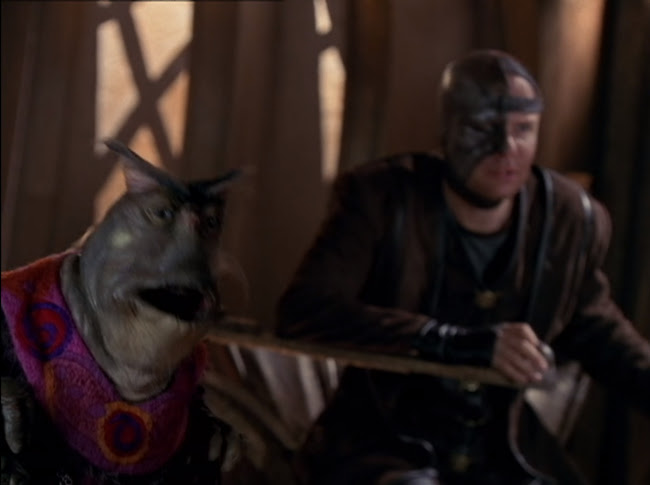 There's also an amusing dynamic between Stark (Paul Goddard) and Rygel (Jonathan Hardy), stuck outside in a transport pod. I love the detail that Stark is the only one who knows live budongs are dangerous because the only other people who know are dead. Stark's panic plays nicely against Rygel's heartless desire to cut and run. 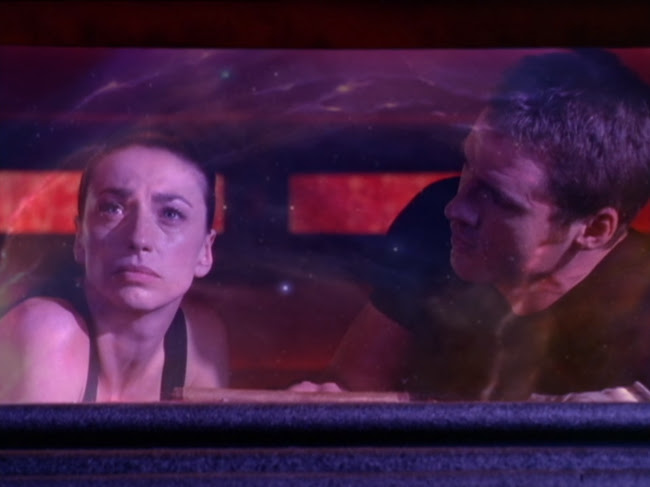 The episode concludes nicely as the characters reach an uneasy agreement. Aeryn's position on becoming intimately involved with Crichton starts to waver; she finds herself surprised that it matters to her that John knows she hasn't "recreated" with Crais.