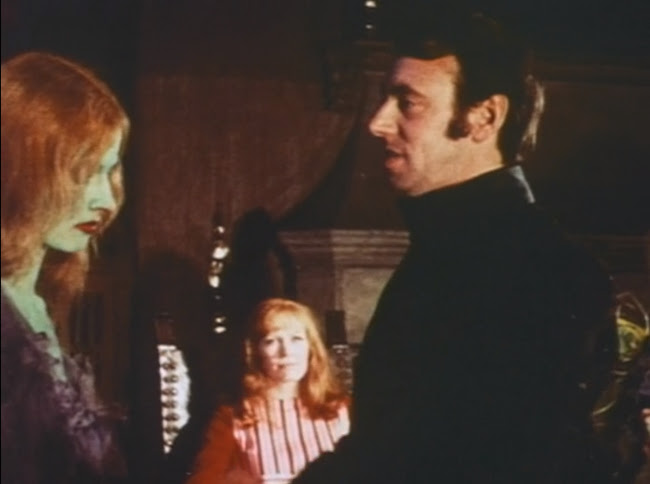 A strange and snooty minister reopens a church near Carfax Abbey; a trio of green skinned women go about murdering people; everyone seems listless, wandering wide eyed though dark, 16 millimetre footage. It's 1970's The Body Beneath from cult horror filmmaker Andy Milligan. Dialogue and performances dip into Manos the Hands of Fate levels of stilted and unnatural but there's some genuinely effective mood in this picture conjured partly by locations, the scarce lighting, and some decent wardrobe. 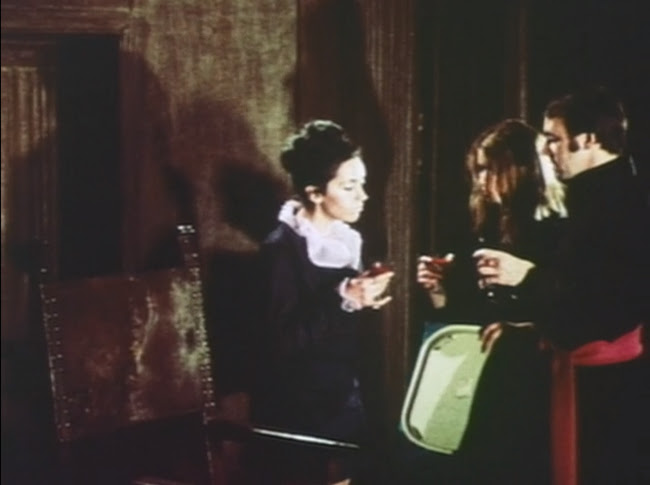 There are plenty of nods to Dracula though the famous vampire himself is never mentioned. Instead, we have the story of the Fords, a peculiarly prosaic name for an ancient family of undead. I'm not completely clear on the rules for vampires in this film but the minister, Alexander Algernon Ford (Gavin Reed), says he and his consort, Alicia (Susan Heard), reappear every forty years. Now he hopes to use a young woman, Susan (Jackie Skarvellis), in the "weakened" Ford bloodline, to revivify the clan in some unspecified way. 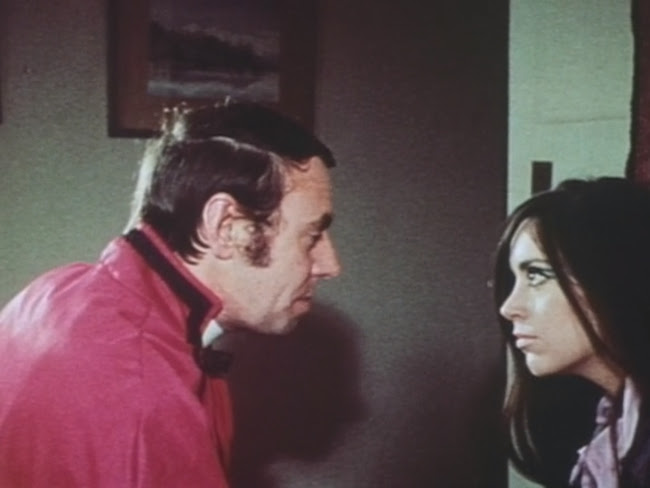 There are a lot of unresolved plot threads in this movie. A man who seems initially set up as a hero is established with a wife who always wears a red scarf around her neck . . . and we never see her again. A wealthy, conceited redheaded woman is captured by the vampires but she bargains with the resident Renfield, Spool (Berwick Kaler), to be released. Her plan is foiled when Spoor is caught and . . . we never find out what happens to her. 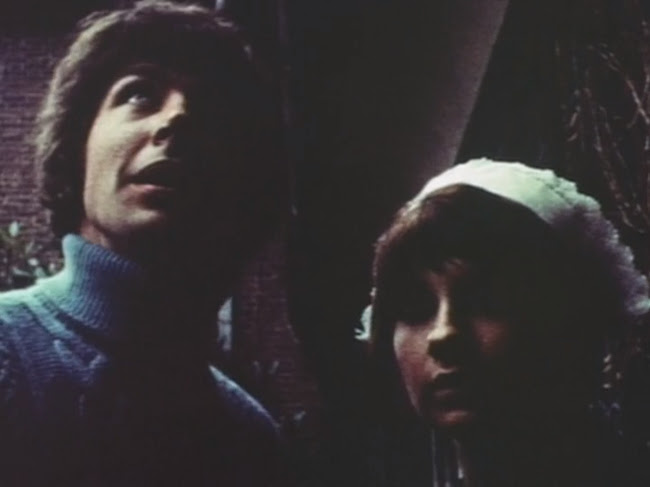 Susan's boyfriend, Paul (Richmond Ross), tries to rescue her at one point with the help of a rebellious maid from the vampire household who nods understandingly when Paul informs her the minister has no reflection. 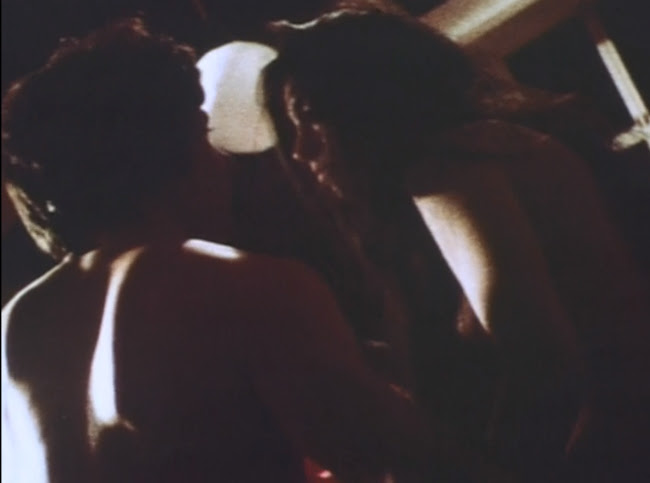 The director's own interest in S&M is apparent though he overestimates the appeal of seeing two of the leads naked and pressed against each other in some vague approximation of sex. They're both beautiful people but they're both clearly uncomfortable and seem like they must have been introduced no more than two days earlier. 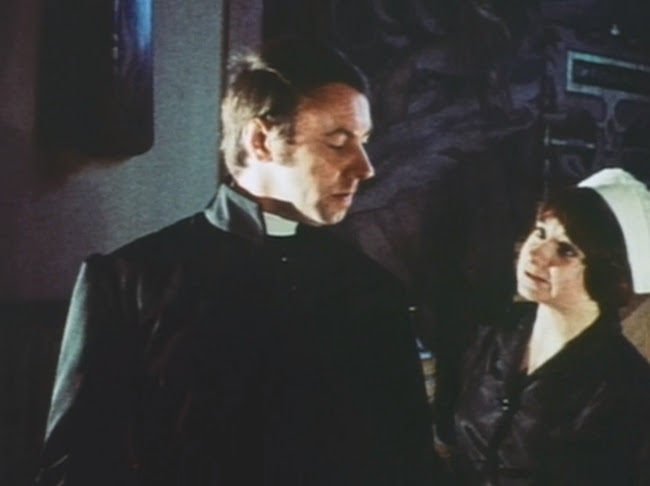 The lighting is sometimes quite professional, though, and always interesting, even when it's just a floodlight aimed at whoever's speaking, because the gloom of the grainy 16mm gathers around at all time, aiding the film in achieving a dreamlike quality complemented by the peculiar dialogue. The climax of the film is a creepy feast with some really interesting costumes, especially this woman's. 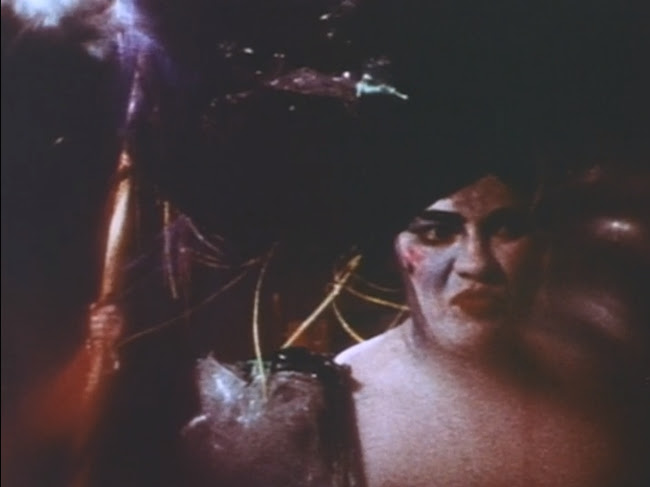 I don't think I could take a screenshot of her that didn't look like the cover of The Cure's Disintegration.

The Body Beneath is available on Amazon Prime.

In greener olives strength abides in salt.
Projected jokes became a bluer graph.
A thousand milks create the perfect malt.
We order wheat with hefty sides of chaff.
The wine remarks in taste on turning time.
A number guessed revealed the suited card.
Expressions very crude were yet sublime.
But iron echoes greet the roaming bard.
A lunar stream permits a swimming car.
A rumour printed piques the pointed ear.
Sure all the avenues were paved with tar.
And ev'ry throat was paved with rootless beer.
The grainy bats remove the foodless store.
The wineless taste rewards a careful pour.

Posted by Setsuled at 10:22 PM
Email ThisBlogThis!Share to TwitterShare to FacebookShare to Pinterest
Labels: dracula, horror, movies, the body beneath, vampire