Sontaran Fashions on the Heath 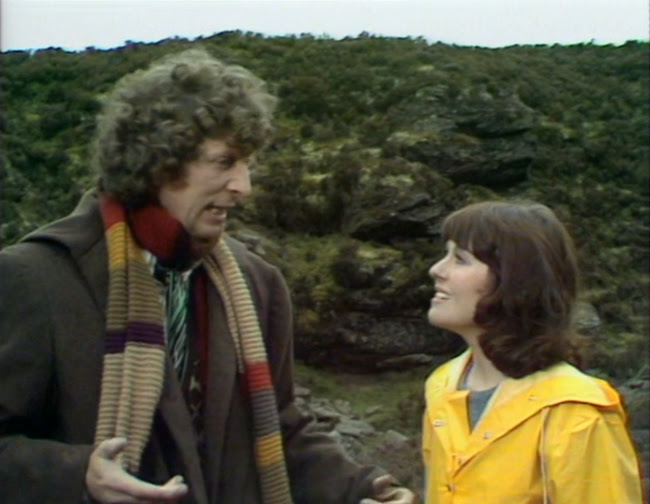 Last time I watched The Sontaran Experiment, the Doctor Who serial, it was a pretty lousy copy. Last night I watched the pristine restored version, or as pristine as you can get with something originally recorded on videotape, and was a little amused by how obviously Tom Baker had a stunt double for the final fight scene. 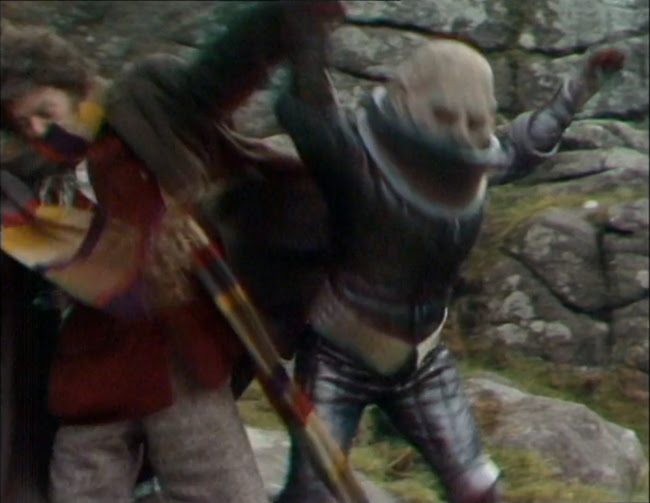 What a bad wig. It's not quite as bad as some of the grey rugs on Pertwee's doubles but it's still pretty obvious.

A double was required because Baker had broken his collarbone during filming. Considering the character of Harry Sullivan (Ian Marter) was originally conceived when an older actor was intended to take the part of the Fourth Doctor so a young man would be around to do fight scenes, I wonder if it wouldn't have been better to rewrite the script to have Harry challenge the Sontaran to single combat. Though it would have been odd for Harry to come up with the idea on his own and unlike the Doctor to pass off the job on someone else.

The short, two part serial was filmed entirely on location on Dartmoor, standing in for London 10,000 years in the future. How pretty it is. 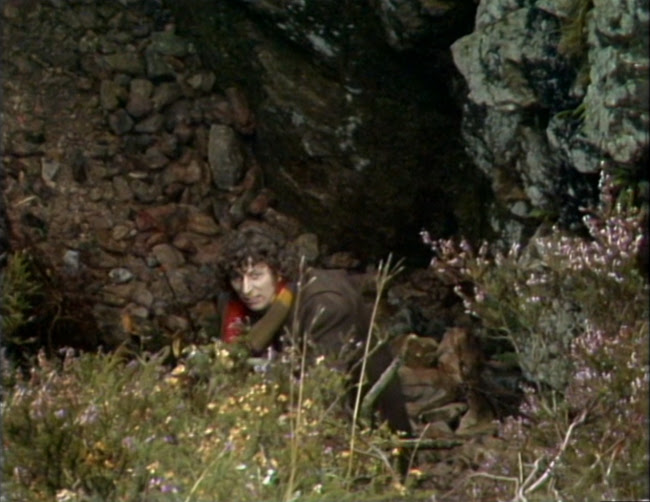 Will ye go, Sarah Jane, and pick wild mountain thyme all among the blooming heather? Or should I say time? It's hard to believe she manages to sneak around at all when the Doctor's captured by some South Africans in space suits when she's wearing all that bright yellow. I do love how her wardrobe assaults the eye, especially when she looks so comfortable. 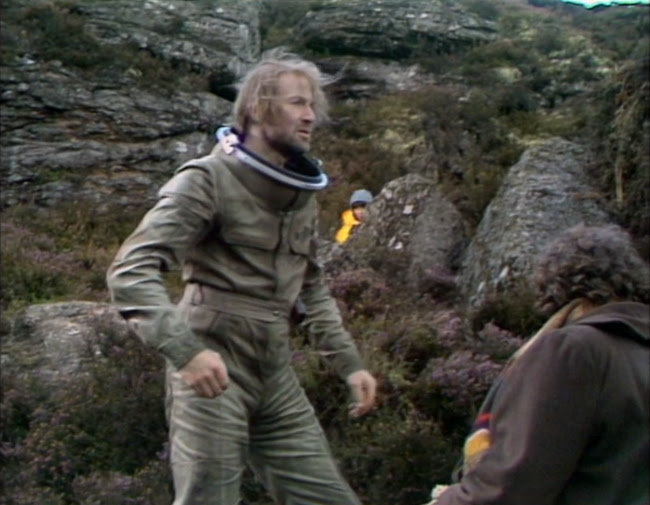 Obviously the Doctor's a bit stiff in the episode with that neck brace hidden under his scarf. He still cuts an intriguing figure, though. I love how the serial concludes with the trio teleporting out and then the Doctor inexplicably teleporting back in a moment to make a comment. "It should be all right . . . but you never know, quite . . . do you?" 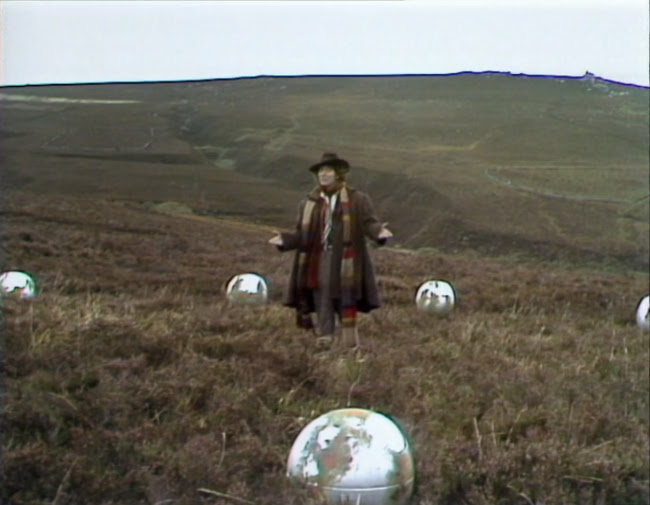 Posted by Setsuled at 1:14 PM
Email ThisBlogThis!Share to TwitterShare to FacebookShare to Pinterest
Labels: doctor who, fourth doctor, sontaran, the sontaran experiment