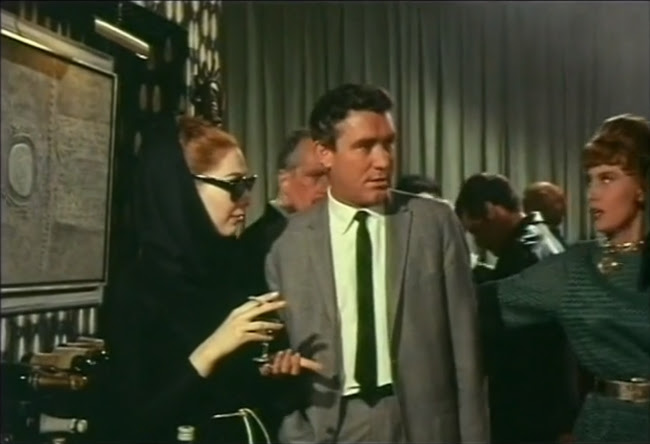 Sometimes your little English town hides a satanic cult, or sometimes vampires, or sometimes beatniks. And every now and then it's all three at once, like in 1965's Devils of Darkness. Despite the buffet of sinister weirdness (the head vampire is even called Count Sinistre) this movie has an oddly routine feel. The sets and lighting give the movie a sort of Hammer vibe but it lacks the splashy decadence and free-roaming imagination of the films from that famous studio.

William Sylvester stars as a Paul Baxter, a wealthy man visiting a large estate belonging to one of the supporting characters, I'm not clear on which. A lot is left a little unclear in the film, as in one scene where Paul rapidly seduces a beautiful Beatnik (Tracy Reed) into going home with him, then seems to forget about her, and then suddenly realises she went missing a few days later and desperately tries to look for her. 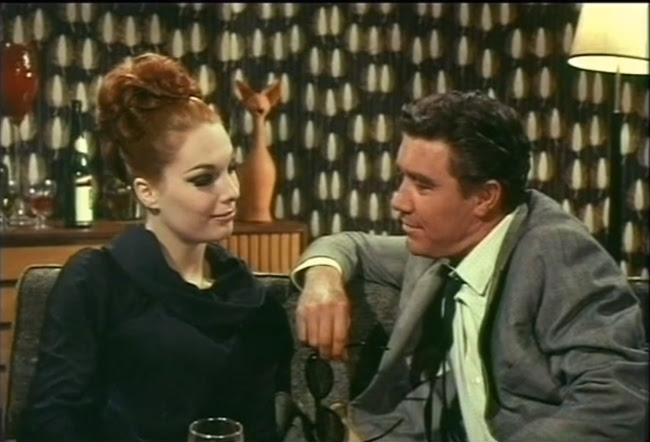 PAUL: "If you get hungry I know a place where the scrambled eggs are great."

KAREN: "I never eat breakfast. Still, if it's as good as you say, maybe."

PAUL: "I cook in a non-stick frying pan."

And she agrees to sleep with him. Obviously, eggs are pretty enticing but I think credit also has to go to the non-stick frying pan.

Sylvester moves through this film with the preternatural blandness that would three years later inspire Stanley Kubrick to cast him in 2001: A Space Odyssey. Before and after that break, he was a staple in B-movies, no less than three of which have been featured on Mystery Science Theatre 3000. But there is something intriguing about his mannerisms, his almost star quality. He does hold my attention. 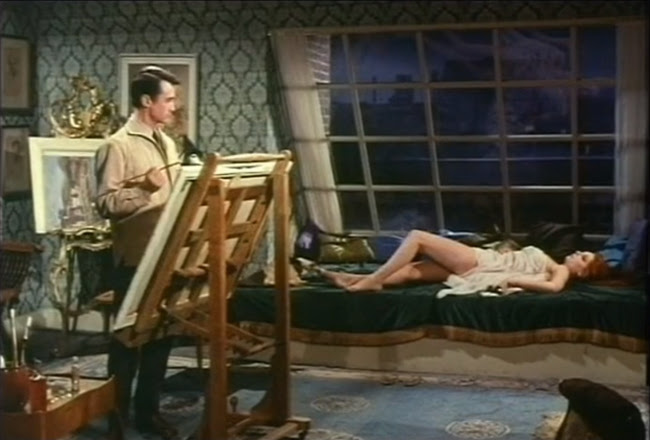 Meanwhile, Count Sinistre (Hubert Noel) is painting Karen nude and his former consort, Tania (Carole Gray), is getting jealous. Nearly all the worshippers around the count seem to be women so I'm not sure why Tania feels especially threatened by Karen. Though Karen is gorgeous and there's something kinky about the way the movie starts her off wrapped in black with enormous sunglasses and gradually undresses her further and further. 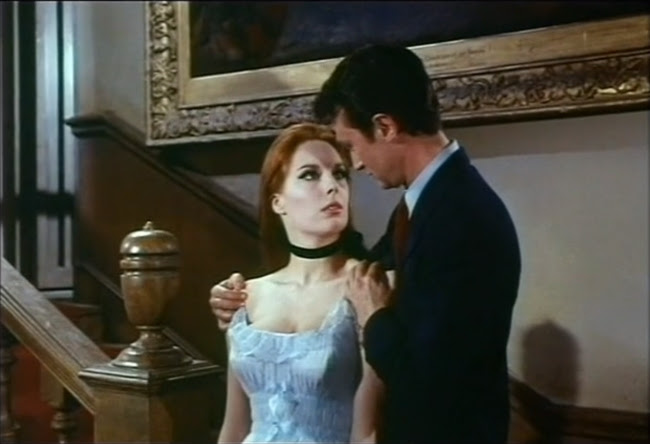 With that kind of buildup, a good climax would be nice but the movie can't quite reach that sensation of completion. We get just a bland showdown in which Paul wrecks everything the Satanists are doing by the sudden appearance of his implacable ordinariness. Still, it was nice to be watching a 60s British horror movie again. Devils of Darkness is available on Amazon Prime.