The Thing on the iPod 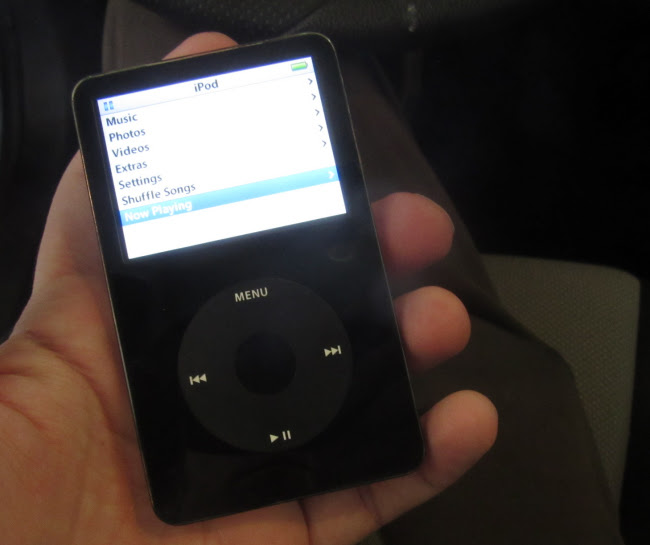 I have an iPod. I've had it for at least twelve or thirteen years and I still use it constantly. It freezes up now and then but mainly it works fine, more or less permanently hooked in my car. I put a lot of audiobooks on it when I worked at J.C. Penney and, in the hours before the store opened, I'd get some mental stimulation in my earbuds thanks to John Milton, Bram Stoker, and Fyodor Dostoevsky, among others. I left most of the audiobooks on the iPod and pieces of them come up randomly between songs while I'm driving. Lately one that seems to be coming up a lot is H.P. Lovecraft's "The Thing on the Doorstep", appropriately enough for Halloween. Sometimes I wonder just how random the randomise function is but the iPod predates clouds and other invasive internet spells. It's so archaic it's not even capable of receiving the internet's psychic influence.

It'd been so long since I read "The Thing on the Doorstep" I barely remembered it. The story of a young man who falls in with a mysterious Innsmouthian woman named Asenath, I was surprised to find that its Wikipedia page only has negative quotes about it--even S.T. Joshi is quoted as saying it's "one of Lovecraft's poorest stories." I don't think it's one of his very best but I don't think it's bad or poor. The perspective on gender in the story is fascinating. Like the points of view implicit in Lovecraft's other works, it's filled with intriguing contradictions that point to a larger truth that is simultaneously inscrutable and canny.

The story is told in first person by someone whom we don't get to know very well--mostly he talks about his classmate and friend, Edward Derby, described as somewhat weak-willed but a talented poet, his poems having to do with figures in Lovecraft's mythology.

Young Derby’s odd genius developed remarkably, and in his eighteenth year his collected nightmare-lyrics made a real sensation when issued under the title Azathoth and Other Horrors. He was a close correspondent of the notorious Baudelairean poet Justin Geoffrey, who wrote The People of the Monolith and died screaming in a madhouse in 1926 after a visit to a sinister, ill-regarded village in Hungary.

But this hapless fellow has the misfortune to meet Asenath, a beautiful young woman even if she has the infamous "Innsmouth look".

She was dark, smallish, and very good-looking except for overprotuberant eyes; but something in her expression alienated extremely sensitive people. It was, however, largely her origin and conversation which caused average folk to avoid her. She was one of the Innsmouth Waites, and dark legends have clustered for generations about crumbling, half-deserted Innsmouth and its people. There are tales of horrible bargains about the year 1850, and of a strange element “not quite human” in the ancient families of the run-down fishing port—tales such as only old-time Yankees can devise and repeat with proper awesomeness.

I'd love to overhear some of these conversations about Innsmouth.

Asenath is also a mesmerist with a peculiar skill--she can make it seem like you're looking through her eyes. That's how it seems at first but of course it turns out she can actually swap bodies with people. Lovecraft's narrator doesn't say this straight out but it's pretty clear from early on. Some might complain that the narrator doesn't catch on when Edward starts behaving like a completely different person but I think it's pretty credible. We know it's a piece of weird fiction but as far as the narrator is concerned it's real life. One of the great things about Lovecraft is he understands that people experiencing strange phenomena will go to great lengths not to see them for what they are.

By gazing peculiarly at a fellow-student she would often give the latter a distinct feeling of exchanged personality—as if the subject were placed momentarily in the magician’s body and able to stare half across the room at her real body, whose eyes blazed and protruded with an alien expression. Asenath often made wild claims about the nature of consciousness and about its independence of the physical frame—or at least from the life-processes of the physical frame.

This description is wonderful and has shades of Ingmar Bergman's Persona. I love the use of the word "gazing", too, as though Lovecraft anticipates the term in academia and presents a contrary suggestion, that the power of a reader or audience exists to in fact identify intimately with disparate people through a medium.

The story has obvious potential resonance for gender dysphoria but I think it works more broadly as a story of dissatisfaction with this fallible mortal shell. Asenath's motive for switching with Edward is that she feels a woman's mind is inferior but considering she's able to use her mind to perform the extraordinary feat of switching bodies the story itself doesn't support her bias--and there are hints that Asenath might not even be possessed of her original soul at the time of her introduction. Edward's suffering while trapped in her body goes beyond any considerations of sex, the process taking a physical toll when he's forced to inhabit it.

Mostly the story seems to speak to a very personal issue for Lovecraft, his sense of valuing art and poetry and pursuits of the mind while living in a world and universe that are inherently hostile to such things. You can see it in Edward's aristocratic, impractical predilections and skills as much as in Asenath's dissatisfaction. In being told from the narrator's perspective, there's emphasis in how the social machinations that perpetuate such relationships are only partially clear to the outside observer who's likely to put them down to innocuous explanations. At the Mountains of Madness or Call of Cthulhu are effective for how dreadfully apparent the agents of horror become but stories like "The Thing on the Doorstep" or The Shadow Over Innsmouth exercise an entirely different kind of dread in showing just how bad things can be while fitting seamlessly in with normal society.

Posted by Setsuled at 2:09 PM
Email ThisBlogThis!Share to TwitterShare to FacebookShare to Pinterest
Labels: horror, hp lovecraft, the thing on the doorstep