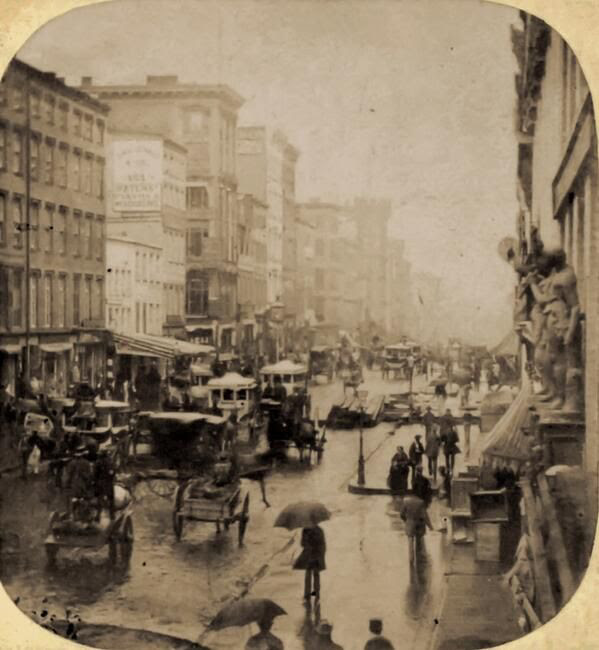 We all have a certain set of ideas about how ghosts, and ghost stories, are supposed to behave, whether it's quiet apparitions or restless and angry souls. Fitz James O'Brien's 1859 short story, "What Was It? A Mystery", is effective in how it seems perfectly ordinary and yet absolutely weird. One of the stories collected in H.P. Lovecraft Selects, stories drawn from Lovecraft's essay on horror fiction, it presents what can at best be called a haunting yet really defies any so easy definition.

A boarder at a purportedly haunted house describes being attacked one night in bed by an invisible entity. The being tries to strangle him until the narrator overpowers it and eventually ties it up with the help of a friend and fellow boarder. Can you do that with a ghost? Not traditionally.

The title of the story certainly reflects accurately the naturally compulsive response to the tale. What was it? There aren't many clues, for the reader or the characters. This, oddly enough, adds an aura of authenticity to the tale--how many strange things in life do have explanations? The story was published the same year as Charles Darwin's On the Origin of Species and I wonder if that's just a coincidence. The description of the entity, once the protagonist has used a plaster of Paris to create a mould, sounds like something between an ape and a man.

It was shaped like a man,—distorted, uncouth, and horrible, but still a man. It was small, not over four feet and some inches in height, and its limbs revealed a muscular development that was unparalleled. Its face surpassed in hideousness anything I had ever seen. Gustave Doré, or Callot, or Tony Johannot, never conceived anything so horrible. There is a face in one of the latter’s illustrations to “Un Voyage où il vous plaira,” which somewhat approaches the countenance of this creature, but does not equal it. It was the physiognomy of what I should have fancied a ghoul to be. It looked as if it was capable of feeding on human flesh.

Maybe it's meant to be a ghost of a human ancestor?

Another possible clue as to the creature's nature is the context. Before the encounter, the protagonist takes opium with a friend and, instead of one of their normal, blissful sessions with the drug, the two find themselves speculating on what might be the most horrible thing one might encounter. Was the creature somehow conjured by this? If not, why does the author spend so much time relating the conversation? The story is marvellously successful at provoking questions. The strangely anti-climactic end to the tale only seems to make it more intriguing.

Posted by Setsuled at 5:43 AM
Email ThisBlogThis!Share to TwitterShare to FacebookShare to Pinterest
Labels: books, fitz james o'brien, horror, hp lovecraft, literature, short stories, what was it