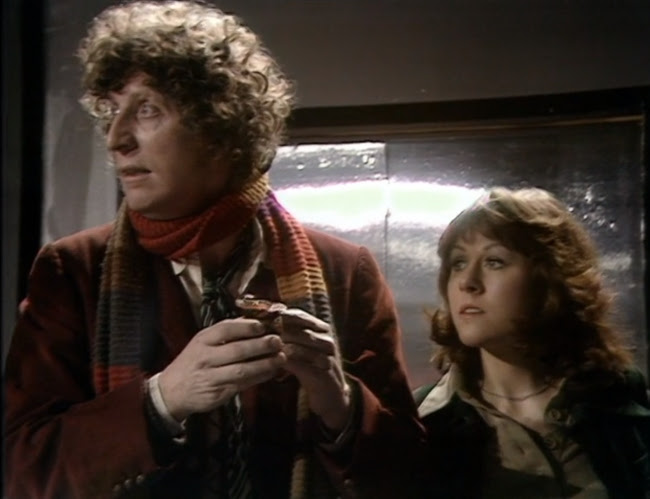 1975's Genesis of the Daleks is one of my least favourite Dalek serials on Doctor Who. I don't hate it--the last three episodes are especially good and as much as the next person I love the Fourth Doctor wrestling over the moral question of killing the Daleks at inception. But at a total of six episodes, the serial feels a bit padded, particularly in the first two episodes. And I like the longer serials, usually.

The whole sequence where Sarah Jane (Elisabeth Sladen) is forced to work on a Thal rocket could've been lost though I do love how she takes charge, makes an escape plan, and then nearly falls off the scaffolding because she's so frightened. That would be pretty scary. 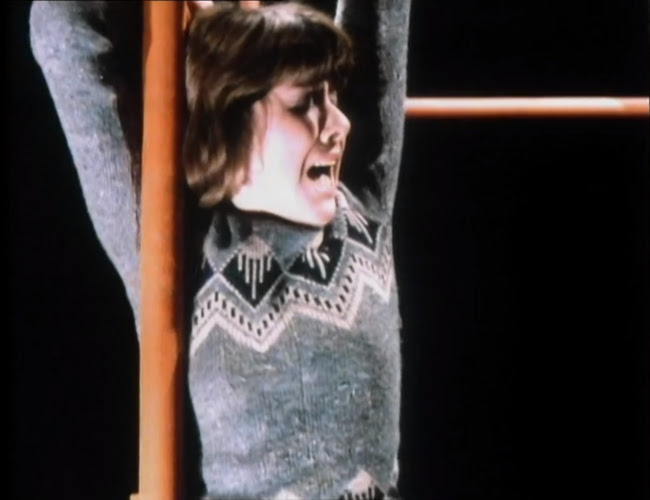 But this sets up too much the serial can't pay off later. How can Sarah Jane and her Muto friend switch to being allies of the Thals so easily when the Thals had put them to hard labour? The intent seems to be to show that neither the Thals nor the Kaleds are the unambiguous force for good, and I like that, but there's not enough development on that idea. 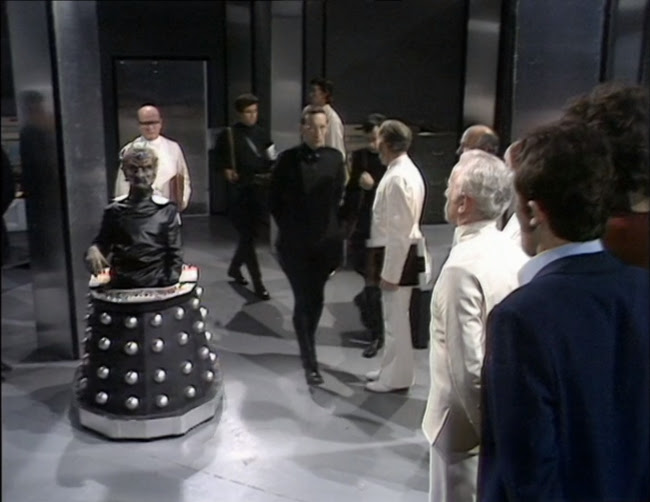 I don't really like the production design, either, and the whole serial looks especially cheap somehow. Maybe all the budget went to Davros' (Michael Wisher) makeup and the baby Daleks. I know the idea was to make everyone look like credible military but I missed the distinctive visuals of the original Dalek serial. I missed the big foam Ys the Thals will apparently one day wear. 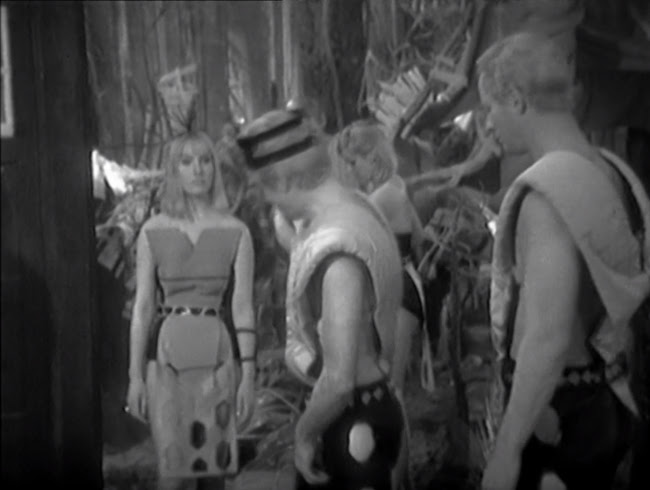 Tom Baker, Elisabeth Sladen, and Ian Marter are great, though. I love Four repeatedly asking for a cup of tea when they're first captured by the Kaleds.

Percussive stairs repeat for heavy shoes.
Electric mirrors cheat the glowing face.
A monster swam through cluttered greens and blues.
Graffiti cars create a faster pace.
In placing names, the map allots the land.
Accustomed ranges sort the mountain park.
For all the sea was filled with shelly sand.
Beneath the waves the water's very dark.
Consistent cash arrives in oyster shells.
Recalled militia mount a baking firm.
In airy space the spirits fill the wells.
Another wheel began another term.
A hurried tea assaults a cooling tongue.
I thoughtful nose supplies the empty lung.

Posted by Setsuled at 1:53 PM
Email ThisBlogThis!Share to TwitterShare to FacebookShare to Pinterest
Labels: dalek, doctor who, fourth doctor, genesis of the daleks