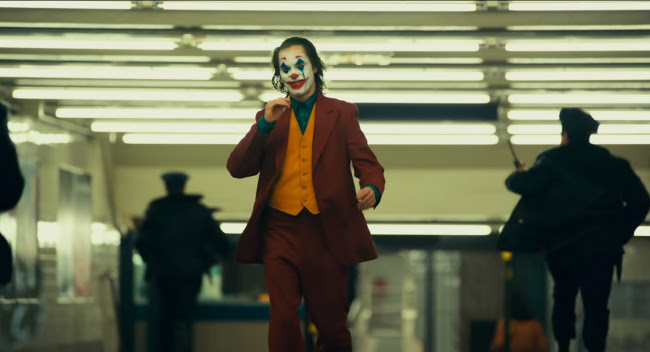 Obviously, Joker is securely in the success category. It's already the fourth highest grossing R-rated film of all time and it hasn't even finished its theatrical run. This is despite a barrage of hostile reviews. One of the reasons I think some people were disappointed in the film is because they were expecting Joaquin Phoenix to be essentially playing Heath Ledger's version of the character. Director Todd Phillips has commented on the different potential takes on individual comic book characters: "Oddly, in the states, comic books are our Shakespeare it seems, and you can do many many versions of ‘Hamlet’ . . . There will be many more Jokers, I’m sure, in the future.”

Phoenix's version doesn't take anything away from Ledger's which didn't take anything away from Jack Nicholson's. Though in each case, the interpretation was so amazing that it seemed hard to imagine anyone else reaching the same heights. Has any other comic book character in the realm of superhero fiction achieved this kind of impact so frequently? What is it about the character that makes him such fertile ground for interpretation? It really originates with The Killing Joke.

Of course, I'm leaving out Jared Leto's interpretation. I don't have a strong opinion on Leto as a performer but, as written, his Joker is much the simplistic, pre-Killing Joke, laughing gangster villain. For the most part, Mark Hamill's celebrated voice role as the character on the animated series is the same. Though one of the few positive qualities of the animated Killing Joke from a couple years ago was the surprisingly complex performance Hamill delivered. But while Tim Burton's Batman, Christopher Nolan's The Dark Knight, and Todd Phillips' Joker aren't adaptations of The Killing Joke, each one rests on the central thematic conflict Alan Moore introduced in the comic. The conflict between chaos and order, between the Joker's belief that, underneath, everyone is the same madman waiting to happen and Batman's implicit belief that individual personalities matter. Some people are more destructive than others, some people are heroes, some people are capable of horrible crimes.

If you read some reviews of any of these movies that makes you wonder what axe the critic has to grind, if he or she seems to be complaining about irrelevant or non-existent plot details or failing to see very simple connexions made within the story, the real reason might be a 1961 book called Civilisation and Madness by Michel Foucault. One of the foundational books for Deconstructionists, it presents Foucault's perspective on the history of madness as a concept to essentially make the argument that madness is merely a social construct created by the Age of Reason the field of psychology. For many critics, where the atheism of post-modernism is paradoxically the bedrock of their faith, the concept that someone would be a villain for being mad is deeply offensive. Even worse, the Joker seems to be presenting almost the same argument as Foucault, the idea that reason is the enemy and madness is a natural state for the human mind.

Heath Ledger's Joker obviously embodies this. Part of his mission is to draw a comparison between Batman and himself. Because Batman went outside the established system of reason he has to fight even harder to justify his existence and actions. One of the things helping him in this argument is that Ledger's Joker is a hypocrite. He tells Harvey Dent that he's just a dog chasing cars, he doesn't make plans, but of course he's lying. He tells Harvey he didn't orchestrate Harvey and Rachel's kidnapping but of course he did. Ledger's Joker isn't an agent of chaos, as he calls himself, he's an agent of fear. His insight is correct that people are more afraid of atrocities that don't go according to plan. But he's not really trying to reduce the world to chaos, he's getting off on the fear and destruction he's causing. At bottom, he's a sadist. But he's a charismatic sadist, and that's one of his tools. His jokes are genuinely funny--the disappearing pencil trick is horrible but also genuinely clever. He has real talent and a kind of beauty.

That's the biggest difference between Phoenix's Joker and Ledger's--Phoenix's Joker, like the one in The Killing Joke, isn't funny and he has no charisma. When he mimes shooting himself in the head for Zazie Beetz, his desire for affection overrides any creativity in terms of the essentials of comedic timing or craft. Even on that basic level, he doesn't work for what he wants. Maybe he can't or doesn't know how. I've certainly met plenty of wouldbe artists like that, who think creating art is entirely about satisfying themselves. That is important but part of true satisfaction as an artist is in creating something that someone else can appreciate.

Of course, if the Joker isn't charismatic or clever, he's not as likeable. And, as much as I do love Ledger's take on the character, I think that's one of the truly brilliant things about Phoenix's.