More on the Mad 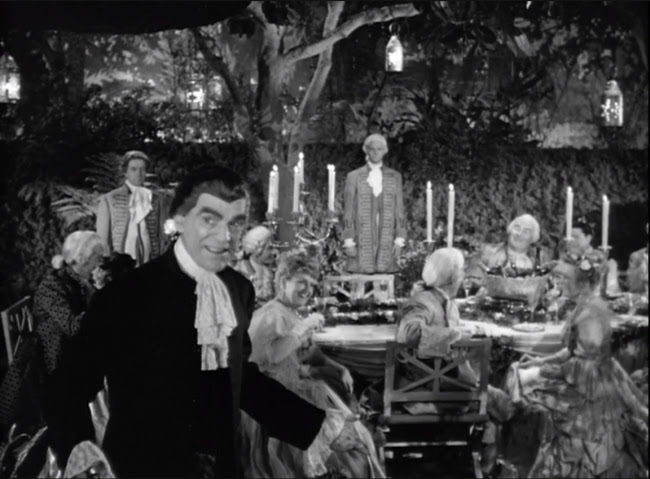 The same day I saw Joker I also watched 1946's Bedlam, part of the legendary series of horror movies produced by Val Lewton. Far from the heights of Cat People or Isle of the Dead, Bedlam stars Boris Karloff as the master of London's infamous Bethelem Asylum, or Bedlam, and, honestly, it can only just barely be called a horror film, being much more of a simplistic political polemic. Dealing as it does with issues of mental illness and economic class disparity, it served as a fascinating companion viewing to Joker. The cinematography and production design of Bedlam is marvellously detailed and as evocatively gloomy as Lewton's previous films and Karloff gives a great performance but Joker offers the more complex take on the same issues.

The film centres on Lewton regular Anna Lee as Nell Bowen, a "protege" of a wealthy man named Mortimer (Billy House). It's hinted that she used to be a street performer and now Mortimer keeps her in his household and retinue for her entertaining wit--she denies several times the suggestion there's anything more to their relationship than that but I assumed they were having sex. Mortimer provides funding for Bedlam in exchange for Karloff's character, Sims, keeping his enemies under lock and key. 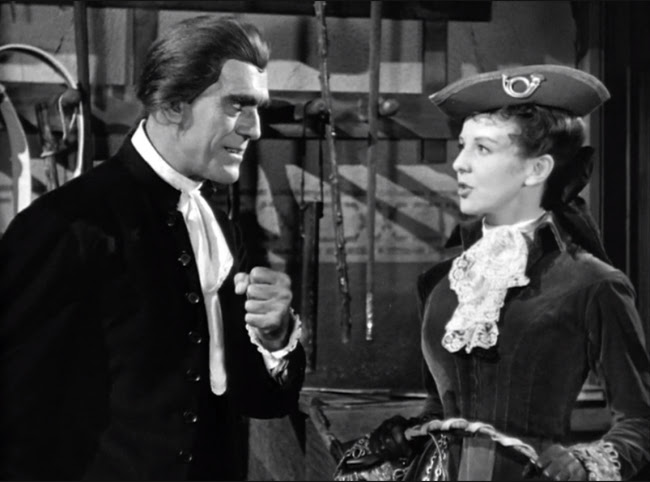 Sims gives Nell a tour of the asylum, explaining with sinister obsequiousness how the mad are really animals, applying analogous animals to several examples, from the pigs who wallow in their own filth, to the tiger (a violent man kept in a cage), and to the dove, as Sims calls one beautiful, expressionless, and mute young woman (Joan Newton). It's hinted as strongly as a 1946 movie can hint that Sims rapes her routinely. 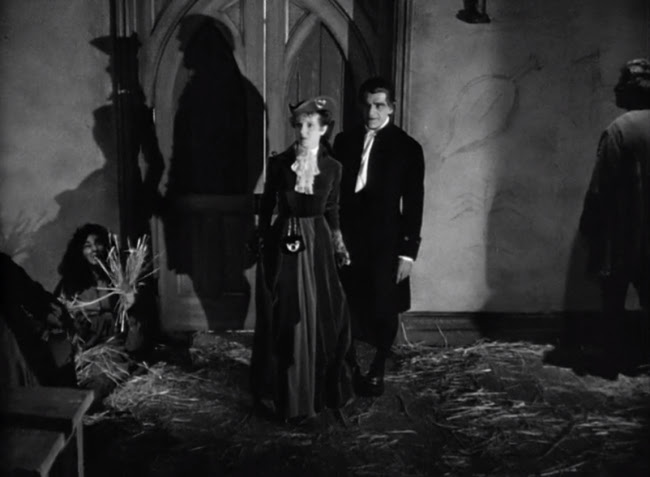 The film is based on William Hogarth's wonderful "Rake's Progress" series of paintings and there are many nice details of mid-18th century England. There are street merchants advertising wares with improvised songs; the aristocrats at their lavish dinners are shown with the same decadent heedlessness of the cartoonish characters from Hogarth. Even the liberal Whig leader, John Wilkes (Leyland Hodgson), is shown laughing at one of these dinners though ultimately he proves to be a straight forwardly good character. 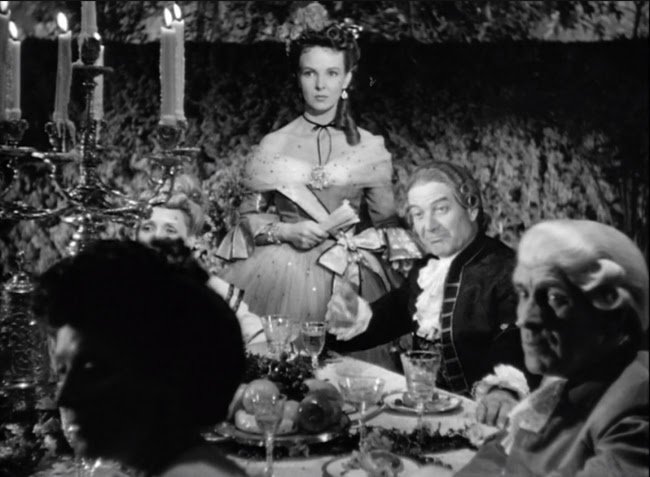 It's the simplicity of the film's argument that made Joker work so much better in comparison. When Nell is eventually locked up for trying to force reforms for the asylum, she finds each and every inmate is really a kind and decent person who wouldn't dream of hurting her. Even when Sims locks her in with the "tiger", the big fellow ends up being as gentle as a kitten. As though if just one of these people laid a hand on her it would invalidate the argument for reforms in mental healthcare. That's the genius of Joker--not every victim of injustice is a hero or a secretly upstanding citizen, though sometimes it's that injustice that exacerbates their problems.