2019 and the Big (and Sometimes Little) Screen

It's the end of the year and time to rank movies. I didn't see as many as I usually do, it's been a busy year for me and whenever I had time for movies it was hard to resist the siren call of the many pre-1970 movies I had yet to see. But here's my ranking of twelve, from worst to best:

Although comedy worked very well to enliven Thor: Ragnarok, Captain Marvel's relentless tongue-in-cheek tone and bad cgi cat only diminished the sense of stakes. The screenplay has no instinct for comedy and any sense of weight in the action and suspense scenes is sacrificed for no good reason.

A charismatic performance by Kiernan Shipka is unfortunately just one small part of an otherwise mostly lacklustre ensemble cast headed by a dull Isabela Merced and a wooden Shameik Moore. The self-consciously dopey Christmas magic plot succeeds at dopeyness more than it intends and I would expect nothing less from the film's ever smug and smarmy producer and co-writer John Green.

Shia LeBeouf reaches Vincent Gallo levels of vanity in this film centred on his heroic fisherman who takes a mentally impaired young man (Zack Gottsagen) under his wing and woos his beautiful caretaker (Dakota Johnson) in the process. Gratuitous shots of Gottsagen running around in his underwear or pretending to be a wrestler invite us to laugh at the realities of Down syndrome by presenting the fellow in unrealistic and absurd circumstances. Dakota Johnson is forced to rough it with the boys because her every thought and opinion in her college educated brain turns out to be wrong in ways only a poor handsome fisherman can show her.

Some really emotionally effective moments, particularly from Robert Downey Jr. and Mark Ruffalo, are sometimes sabotaged by too many awkward "action figures assemble" shots. Karen Gillen as Nebula steals the show with her internal conflict over her relationship with Thanos though the film too often falls into a by now familiar pattern of comedy beats and shock beats. The weird push to make us like Captain Marvel isn't as prominent as I thought it would be but it was still weird how often characters seemed compelled to tell us, "She's great!" "I like her!"

Not as effective as its predecessor, Frozen II at least features more screen time for Elsa, wonderful visuals, and an entertaining adventure story.

A quieter film than many people might have been expecting, it was a satisfying conclusion to Jesse's story with nice scenes of effective tension continuing the final season of Breaking Bad's indulgence in a Spaghetti Western vibe. The late Robert Forster is responsible for what works best about the film's dialogue scenes.

Effective combinations of cgi and live action breathe strange life into a story about a father and his daughter caught in a drama between Heaven and Hell with plenty of Milton references. Hopefully we'll be seeing this big-eyed heroine again one of these days.

5. Star Wars: The Rise of Skywalker (Wikipedia entry, my review)

A plot with many logical gaps can't eclipse the wonderful chemistry on hand between the actors, a powerful performance from Adam Driver with a satisfying development for his character, and some seriously spooky business around the one and only (unless it's a clone) Emperor Palpatine.

4. The Man Who Killed Don Quixote (Wikipedia entry, my review)

Any end of the year list must include two Adam Driver movies and here he starred in Terry Gilliam's welcome (if brief) return to the big screen. Covering some thematic territory better served by Gilliam's earlier films (and Fellini's), it's still great to indulge in Gilliam's familiar cinematic voice, comedic timing, and Bruegelian aesthetic. 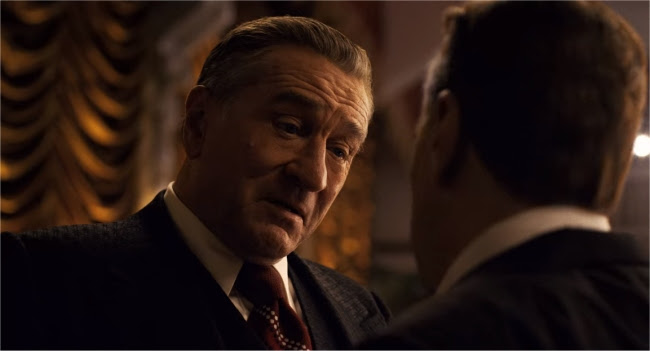 3. The Irishman (Wikipedia entry, my review)

Whether or not you agree with Scorsese's comments on the MCU, he certainly offered us a poignant reminder of what cinema is capable doing in terms of a subtle and rich character study. There's more communicated in a silence between De Niro and Pacino in this movie than in ten superhero films of the past decade.

2. Once Upon a Time in Hollywood (Wikipedia entry, my review)

Much of the impact of this movie was lost on people with little to no knowledge of the Manson murders (many more people than will admit it) or who have no knowledge or grasp of the current underlying conflict in film industry and culture over the nature of art and human relationships. But even those who don't grasp these things might still find plenty to admire in Tarantino's astounding recreation of 60s Hollywood and the sweet chemistry between Brad Pitt and Leonardo DiCaprio. 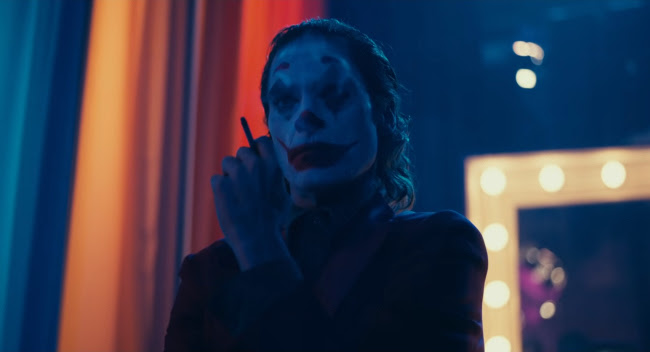 Many end of the year lists don't include this film, many critics can't offer better praise for the film than to say, "It's okay," and admit they don't understand why it caught on so well. There are few easier or better gauges of whether or not a critic lives within an ideological bubble sheltered by wealth and the very privilege they're fond of attributing to their enemies. Joker, even if you didn't like it, on an objective level represents a shift in the zeitgeist. With the Irishman, Scorsese showed why he was right about the MCU but Joker shows how superhero movies can achieve the kind of complexity of character and argument not normally seen in such movies. That Joker was wildly popular shows audiences, if not critics, thankfully do have an appetite for it. Hell, we're starving for it.

Posted by Setsuled at 10:39 AM
Email ThisBlogThis!Share to TwitterShare to FacebookShare to Pinterest
Labels: 2019, movies